What Embracing a little Mystery & Magic can do for our Lives. 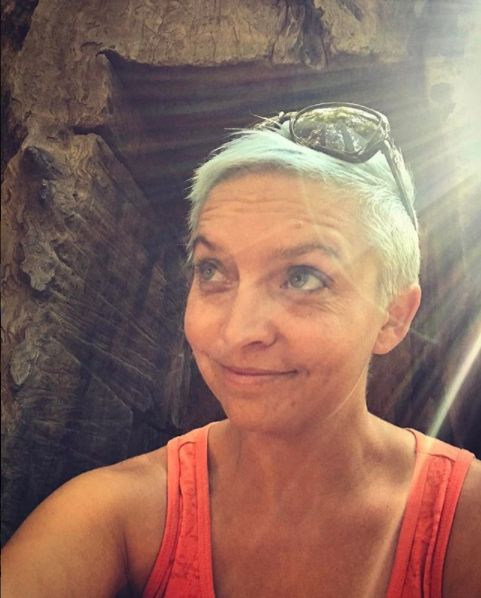 The world is at our fingertips.

When we don’t know how something works, we pull out our phones. In an instant, we have an answer. We never have to wonder anymore.

But sometimes it’s fun to have a little mystery. Often, that kind of magic is actually a necessity.

Once there was something in my hotel room that sounded like the sea. I knew it wasn’t—it couldn’t be—but I checked the map on my phone just to make sure. Nope. Just as I had remembered, I was a little too far from the ocean to hear it on this night.

It took me a little while to decide to investigate. I just wanted the mystery and magic of the sound to continue a little longer. I wouldn’t know the source for sure until the morning. Yet I will tell you all the things that, over almost two full hours, I ascertained that it was not.

It was not the refrigerator. I walked over to it when I first noticed the sound of the sea lapping quietly and softly on the shores of my room. While the refrigerator was making a monotonous yet repetitive sound, it was its own monotonous sound that sounded nothing like the sea.

It was also not the microwave, TV, alarm clock, or landline phone in my room. These were eliminated for the exact same reason as the refrigerator. I even checked my small handheld devices and my computer, just in case. Nope. It wasn’t those either.

At about an hour or so into the night, I again got up and moved around the room. Yes! As I suspected from the beginning, the sound was originating from somewhere toward the back of the room, near the bathroom. Could it be the plumbing? There was an indoor pool downstairs. Maybe it backwashed itself somehow, magically, at night? No, I’m sure it wouldn’t have taken that long.

I sat back down for a while. I worked on other things. I unsuccessfully contemplated going to bed.

In the beginning, the sound of the sea wasn’t my full focus, However as the two hours evolved, I got back up several times to investigate different leads. It started to consume me, which was the moment the fun was lost. Then, I put my ear to the wall to see if the sound was coming from my neighbor’s room.

I had figured it out. The mystery was gone. I no longer had to believe, because I knew.

Sometimes that’s a good thing, but sometimes it is not. I get caught up in the details of how things works—I’m a scientist, after all—but often lose sight of the bigger picture.

I have been in school for a year and a half studying lomilomi, a Hawaiian bodywork that, like yoga, recognizes the connection of body, mind, and spirit. When my teacher began studying with her teacher, he told her something similar to this: “You are good at this work because you still believe in Santa Claus, the Easter Bunny, and the Tooth Fairy.”

My teacher was 17 when she began this practice, so she no longer actually believed in those magical beings, but the point her teacher was trying to make was that she still believed in the power of unseen forces. For those who practice lomilomi, the spiritual and energetic aspects of the work are just as important, if not even more so, than the physical. And for those who receive this work, it’s equally as important that they believe the work is going to help them.

The same goes for yoga. A student doesn’t need to know the name of every muscle they are activating or stretching to reap the benefits. Their belief in the practice, and willingness to do the work, matters more than the technical knowledge.

Belief is essential on many fronts.

I recently read an article by Kirk Semple in the New York Times about a small town in Honduras where it rains fish at least once a year. After very intense storms during which the townspeople remain indoors and full of fear, they often find fish on the ground of a small, sunken pasture nearby.

The article lists some potential scientific explanations for this phenomenon. However, it states that if a scientific study had been done, the locals are largely unaware. Instead, they are quite happy to credit their faith in God for the occurrence. They look at the fish appearing after the rain as a blessing. They pride themselves on being the only place in the world where this happens.

The locals are happy to believe. To try to explain the fish away logically could destroy the identity of a people. Reverend John Willmering, an American priest who has spent the past 49 years in Honduras, carefully chooses his words regarding the faith of the townspeople: “It works with natural phenomenon when you need it. I mean, God is behind everything.”

In the book What Is Tao? by Alan Watts, he speaks to letting there be some mystery in our understanding of the world. He explains that if we pick everything apart, we ruin it. For example, saying that awe-inspiring stars in the sky are simple balls of gas. The beauty of our world is found in its mystery.

Whether we refer to our God, the source, or the underlying energy of the world, and whether or not science can explain an experience, often it serves us to have a little mystery in our lives. Sometimes, belief in magic is exactly what we need.

For me, believing in that magic, even for just a few hours, gave me a much-needed dose of the sea on a night when I was missing it. I encourage us all to embrace this kind of mystery more often and see what magic unfolds.

“It is absolutely impossible to understand and appreciate our natural universe unless you know when to stop investigating.” ~ Alan Watts 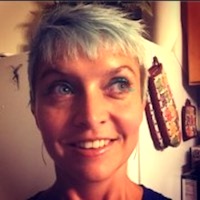