Why Addicts do Not Choose to Overdose. 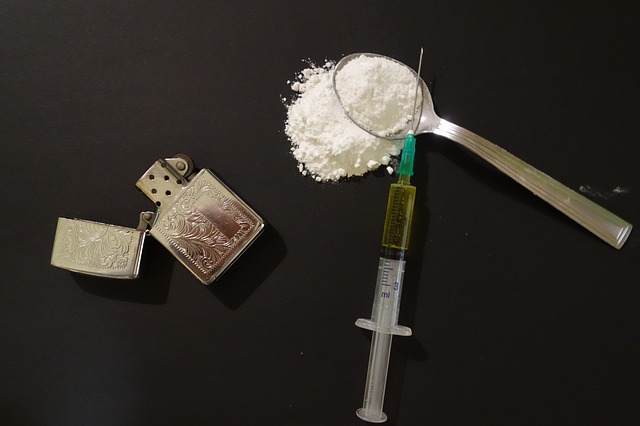 In the United States, 43,982 people die of a drug overdose each year, averaging to about 120 deaths per day.

And with movements, such as Bell’s Let’s Talk Day gaining traction, trying to reduce the stigma that people struggling with mental health related issues face, you’d think that we’d be talking a bit more about addiction and the stigma that surrounds that.

I mean, if the above statistic proves anything, it’s that this is not a small issue in our society. And the two issues are not inherently connected; no, dealing with a mental illness does not mean that you will also deal with addiction. But there is plenty of research that suggests that addiction is often rooted from a deep-felt and terrible emotional pain.

As addiction expert Gabor Maté says, “All the addictions are meant to soothe the pain.”

This might be a pain stemming from neglect or abuse—one of those life events that we as a society have all mutually agreed is terrible and meriting certain sympathies and allowances. It might be a pain that we all deal with, in one way or another, like low self-esteem, or just your average, everyday existential crisis. It doesn’t matter where the pain comes from; all that matters is that it is pain, and the addiction serves to alleviate that pain a little bit.

Now, why am I talking about this? I am not personally addicted to drugs, and I have never been addicted to drugs. In fact, at this point in my life, I am actively trying to avoid most sources of addiction, because I know that I am precisely the sort of person who would get addicted: a highly-sensitive empath with tendencies toward depression, anxiety, and self-harming behaviour. I see myself too much in the addict to risk it.

But I, like most everyone reading this right now, know people who have dealt with drug and alcohol addictions (it’s too prevalent an issue in our society for this to not be the case).

And recently, I found myself watching a video by Juggling The Jenkins Blog, wherein blogger and former addict Tiffany Jenkins reacted to such comments (directed toward another individual) as, “If you overdose, you know, cause you’re a drug addict…I’m not saving you,” and, “Stick a needle of f*cking poison in your arm…and die a pathetic death on the sh*tty floor of a shitty public bathroom. Nice choice buddy.”

I like to think that beliefs such as these, that addicts deserve to die because they “made the choices” that led to their overdose, are in the minority. And maybe they are. But nonetheless, it is a belief that I have heard many try to defend. It is even a belief that has bled into our medical system. In 2017, Sheriff Richard K. Jones of Butler County, Ohio declared that his deputies will no longer will be supplied with a product needed to save the lives of anyone experiencing an overdose. In another part of the same state, it has been proposed that emergency responders not be dispatched to help anyone experiencing their third overdose.

“I’m not the one that decides if people live or die. They decide that when they stick that needle in their arm,” Jones has been quoted as saying.

I honestly cannot believe that I am sitting here, trying to argue that lives are worth saving.

Because I could begin, quite simply, by pointing out that addicts are people. They exist. They think, they feel, they pick up on the messages that society gives them, and they know when they are not being valued as people. They have families—maybe a mother, a father, a significant other, a child, anything. And as much as I hate the argument that people only have value in connection to their relationship with other people, if it was your loved one dying of a drug overdose, wouldn’t you want everything possible to be done in order to save their lives?

Even if we can’t picture ourselves as the addict, we can at least imagine the addict as a person of worth, can’t we?

This idea that addicts choose to die the moment that they take the drug in question comes from such a place of superiority. It is entirely wrapped up in this misconception that we as society have that non-addicts are somehow better than addicts, that addicts are stupid because they said yes to a drug that the rest of us either said no to, or we just weren’t put in a position where we had to find out what our answer would be. It is associated with this idea that addiction is caused by stupidity.

Addiction isn’t caused by stupidity. It is caused by pain.

I’m not trying to diminish the fact that addiction is a terrible thing. Addiction can and has led many to hurt other people, to hurt themselves, to lie, cheat, and steal to serve their addiction. I am aware of that. But what we are talking about right now is whether or not an addict deserves to die, whether or not they choose to overdose. And I fear that, when we answer this question, we remove ourselves from the equation. It becomes an issue of us versus them, and we feel that we are very separate—worlds apart—from them.

At the end of day, haven’t we all done things that we knew were harmful to us to serve an addiction? Perhaps not an addiction to drugs, but addiction can come in many shapes, ways, and forms.

This is where the issue gets a little bit personal for me. Do you remember my mentioning that I have tendencies toward depression, anxiety, and self-harming behaviour? While I have not dealt with drug or alcohol problems myself, I have dealt with eating disorders and self-harm, and I would hope that, had I ever been hospitalized or had my life threatened by either issue, someone would be there to help me. They wouldn’t just stand back and say, “Well, she did choose to do that to herself.”

Yes, I withheld food from my system. Yes, I cut into my own skin. Yes, an addict took that drug, knowing full well that it is a drug. But in every case here, the choice was not made out of a direct desire to die. It was to temporarily alleviate an outside pain that needs to be dealt with so that the person in question can lead a healthier, happier life.

The only difference between these scenarios is that, in this post-Bell Let’s Talk Day society, I feel more confident in someone else recognizing that I don’t want to die, then I do for anyone who is addicted to drugs.

And this shouldn’t be the case. We should live in a society where we know and accept that everyone has worth, that everyone has the right to live and be safe and feel supported by their government and their society.

We have already let enough people who are in pain slip through the cracks as it is.