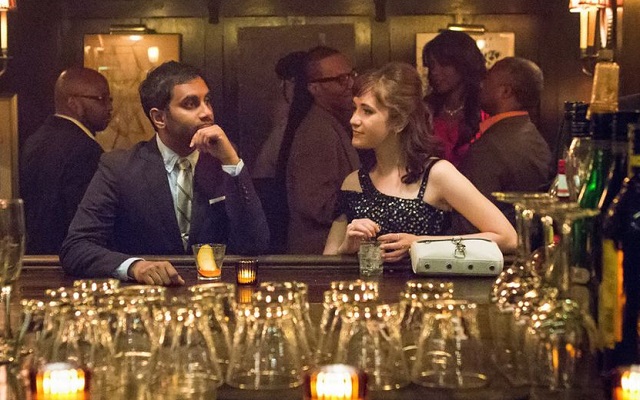 This question has come up, again and again, especially in the wake of the #metoo movement.

It’s come up in response to the allegations against Aziz Ansari by a woman going by the name of Grace, who went on a  date and engaged in a sexual encounter with him, which left her feeling ignored and violated. The story was quickly picked up by the #metoo movement as an example of rape culture, and has since faced plenty of criticism from those who think it devalues the movement.

After all, why didn’t she just say no?

When I hear this question, I find myself going back to all those stories I’ve heard about the women who did say no.

I think of Raelynn Vincent, who did not respond to a man when he began catcalling her. At this point, the man got out of his car and punched her in the face, breaking her jaw and her teeth.

I think of Lisa and Anna Trubnikova, who were both shot by Adrian Loya, Lisa’s coworker, who became obsessed with her and began pursuing her romantically. When Lisa showed no interest in him, he murdered her and seriously wounded her wife, Anna.

I think of Mary Spears, who was shot and killed when she refused to give a man her phone number.

And, yes, I know that not all men respond with violence to the word “no,” but that doesn’t erase the fact that we have all heard these stories. That doesn’t erase the fact that women are socialized not to say no to men, especially if they don’t know him all that well. Because it is an all-too-common narrative for men to respond with violence, and no woman wants to be the one who says “no” to the wrong man.

But maybe that’s sexist of me, right? I mean, not all men beat women, and some would argue that it’s misandry for me to assume that he might. “Stop assuming that every man is a rapist,” some say, in the same breath that they blame my sisters for being raped because they should have taken precautions against it.

So let’s forget the threat of violence for a second. Let’s talk about the role of women.

Could she? Is that allowed? I honestly don’t know anymore.

Because if she says no, then she’s a friend-zoning b*tch, isn’t she? She’s a tease who led him on. And, I mean, come on, he’s such a nice guy. But I guess women don’t like nice guys. They like bad boys, the ones who treat them poorly, the ones who ignore them when they say “no,” the ones who put them in their place. Those are the guys who really get the ladies, aren’t they? Or, at least, that’s what I hear.

When I was in elementary school, a girl would be scolded by the teachers if she let a boy touch her, because what sort of message was she sending him? Obviously, she wanted to be treated badly. But if she didn’t let boys touch her, then,“Come on, it’s just a joke, don’t be so stuck-up, you need to relax a little bit!”

When I was in high school, a girl friend of mine told me that if a boy spent any money on me while we were on a date, then I was obligated to sleep with him, whether I wanted it or not, because he expected it.

I guess what he expects is more important than what I want. I guess sex really isn’t about me at all, is it?

She couldn’t. Society has taken that word away from her. Society has made “no” a dirty word, so we’ve invented other ways of saying it. Instead, we say, “I have a boyfriend,” because a man will respect another man before he’ll respect our freedom of choice. Instead, we say, “I have a headache,” because physical illness is the only appropriate reason to not want sex right now. Instead, we give out fake phone numbers and fake smiles and fake interest until we’re far enough away to be safe. Safe from violence. Safe from judgement. Safe from expectation.

Well, the thing is, she did. She said no with her body language, with her subtle hints. She said no in all the ways that society has allowed her to say no. She said, “next time.” She said, “I don’t want to feel forced because then I’ll hate you, and I’d rather not hate you.” She tried to physically remove herself from the room, and she stopped moving when he touched her. But apparently, one would need to be a mind reader to notice all of that.

But that isn’t quite the right question, is it? Instead of blaming her for not saying the word “no,” we should ask why she didn’t feel comfortable saying it. We should ask how we can change our society so that women can say no directly, so that they don’t have to dance around the subject.

And we begin by listening for the word “no,” presented in all the forms that it comes. Because the absence of a direct “no” does not mean “yes.”

Halsey’s Poem at the Women’s March is for Every Woman who has had Enough.