A Mother’s Milk: Behind the Scenes of the Dairy Industry. 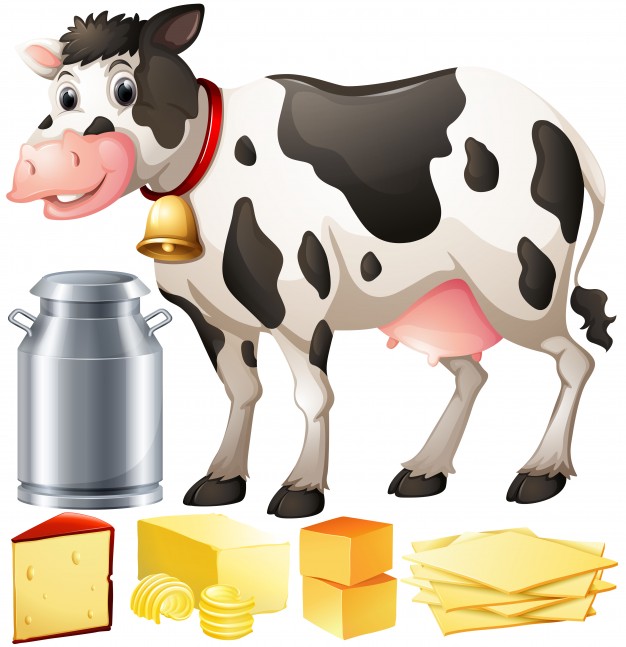 Visiting with a friend one evening, I shared that I was going to be speaking out about the dairy industry with fellow vegan activists at the Hollywood Walk of Fame.

With a megaphone and a stack of leaflets, we would educate the public about what goes on behind the scenes. As I talked about details of this industry, my friend became more and more shocked at the reality of what takes place.

The dairy industry has deceived consumers for decades with the happy cow image and the notion that humans need cow’s milk for calcium. As I thought more about it, I realized that I needed to tell the story of the mothers who are used like machines in this industry.

Number 1349 is restrained by a chain around her neck. Artificial insemination happens in a narrow stall as heavy snow falls on the industrial warehouse. A gloved arm is inserted into her rectum, while a rod-like device containing semen is pushed into her vagina, then injected into her uterus. The semen is from the forced ejaculation of a male who was anally electrocuted to produce.

Nine months later, she gives birth. The new mother gently licks her baby girl clean. Then a man with black boots and large hands rips her away and puts her in a tiny hutch. At the edge of the land, autumn is present with colorful leaves.

The mother is kept in a sunless building and hooked up to a machine that drains her milk. Within 10 months she becomes dry. Two months after her dry period, a gloved arm is inserted into her rectum, while a rod-like device containing semen is pushed into her vagina, then injected into her uterus.

Nine months later she gives birth to a boy. After licking him clean, a man with black boots and large hands tears him away. She tries to go after her baby, but the metal gate slams shut. He is put in a tiny hutch. Rows upon rows of hutches dot the flat, treeless landscape, filled with hundreds of babies in the high summer heat, craving their mothers’ milk.

On the other side of the land, mothers bellow for their babies.

At 15 months old, the mother’s baby girl was taken to the building with the narrow stalls. A chain around her neck restrained her, while a rod-like device injected semen into her uterus. She is now 21 months old and six months pregnant.

When the mother’s baby boy is two months old, he is removed from the hutch and put in a group pen. Two months later, he is crammed into a transport truck with many other boys. They spend a couple of days traveling in stifling heat with no water. At the warehouse facility, they are forced off the truck and prodded into a holding area where they huddle together until they are pushed one by one into line. When he reaches the front of the line, he is restrained. A bolt gun is put against his head and his throat slit.

This baby boy is called Veal.

Hundreds of miles away, his mother is in the sunless building hooked up to the milking machine. Her swollen teats are sore from the development of mastitis. After several more months, she is taken to the insemination area and impregnated again.

Nine months later, she births a boy, who is soon taken from her. After a 10-month lactation period and two-month dry period, it is time for her next pregnancy. When they lead her to the insemination building, she struggles to walk and collapses. She is kicked in the side with a heavy black boot. When she doesn’t move, she is jabbed with an electric prod, then hauled by tractor onto a truck. She spends two freezing days in the transport truck, crammed against other spent mothers, amidst urine and feces. At the facility, she is prodded into line. At the end of the long line, a bolt gun is put against her head and her throat slit.

This mother is called Ground Beef.

Scientifically, we were not designed for the milk of another species. Cow’s milk is for baby cows.

*Note: The above process is standard practice in the dairy industry, although there are variations. There are farms that use veal crates instead of hutches. In a veal crate, a calf is tethered so that he cannot move his muscles, which tenderizes his body for veal production. Numerous countries and states have banned veal crates, but they are still legal in many locations.