Forget Diversity, This is the Name of the Game. 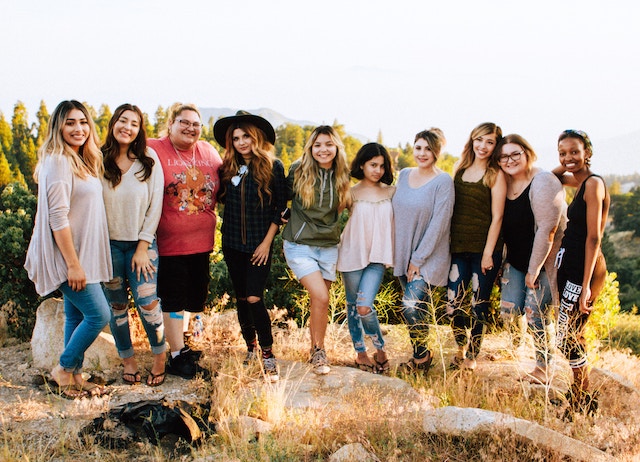 It’s been a short time now since the Women’s Marches of 2018.

I participated in the one here in Savannah, Georgia, and it was amazing. For a small town, we had quite the turnout of women, men, and children. It was powerful and fun and uplifting, and it was both diverse and inclusive.

That got me thinking about the difference between those two things. We’ve all heard a ton about diversity in the last decade. Businesses tout the diversity in their companies, and colleges use it as a metric of successfully representing the societies in which we live. Diversity has been a buzzword for ages. I think that most of us look upon diversity as a good thing and a solution to some of the challenges that we face as a country and in the world at large.

I have a somewhat different take on it. Think of diversity as a meal—an FDA-approved meal. You have your dinner plate, and on that plate is a piece of tasty tofu, a lovely kale and apple salad, garlic mashed potatoes, okra, and sticky toffee pudding for dessert. Yum, right? It’s certainly diverse; we’ve got different foods, different food groups, different colors even—that’s diversity.

The problem is, I detest okra. I won’t eat it. You can put it on my plate from now until kingdom come, and I won’t eat it. Yes, okra is represented on my plate, but it’s not included in my diet. And there you have it, the difference between diversity and inclusivity right there on your plate. The same is true in boardrooms where women, people of color, the disabled, or any other minority is present but not really heard.

It’s a funny thing how attached we humans are to being “right.” Saying the words “I don’t know” can be like having oral surgery without anesthesia for a lot of us. I have no idea why we’re so attached to being right, but look around, and you’ll see evidence of that every single day.

When our focus turns to being inclusive, there is a seismic shift that occurs. The very nature of being inclusive means that we have to open ourselves to other opinions. We have to be willing to listen to the stories of other people and not assume that we know more about their experience than they do. We have to be willing to put aside our need to be right and sit with the sometimes uncomfortable truth of their experience.

On the other side of that, when we speak our truth out into the world, space has been created for it. We can tell our stories—share our dreams for the future, the pains of our past and present—and be heard.

This is a time of struggle around the world. Women across the globe are speaking up and demanding that our voices and concerns are heard, respected, and addressed. Women and men are demanding an end to the system of patriarchy that has suppressed so many in the world for millennia. In the United States, we are engaged in what feels like a struggle for the soul of our country.

What can be tricky is that, because this is the water we’ve always swum in, we often don’t see where we’re excluding people from the conversation and the decision-making process; it just feels normal, because that’s how it always has been.

So, how do we make our diverse gatherings inclusive? The first thing we need to do is recognize our tendency to defer to those who always speak up. One of the things that happens with diversity is that those newly included often feel grateful for simply being at the table. Inclusivity demands both that the newly included are brave enough to share their thoughts, and that those who have always been heard are brave enough to actively listen to the newcomers, be they women, people of color, in the LGBTQ community, or any combination thereof.

To be inclusive, ask those whose voices have traditionally been silenced what they think, and then give their input the same consideration that you would want for your own ideas. This is as true in the classroom, as in the boardroom, or the PTA meeting where the bake sale is being planned.

Inclusivity isn’t a silver bullet. Your ideas may still get shot down, people will certainly disagree with your opinion, and there will always be doubters. But you will be heard. Your input will be solicited. A conversation will be started, and you will be part of it. You won’t be like the okra on my plate, pushed aside and disdained.

Diversity is a start, but that’s all it is. We need the wisdom that you have. We need diverse voices, because that’s the only way to build an inclusive world. Speak up—and just as important as that, listen. Even when it’s hard, listen the way you would want to be listened to, and we can build a world where justice is the norm. 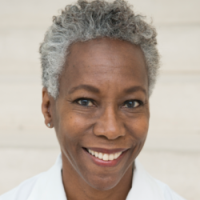