How a Rich A-hole taught me Compassion. 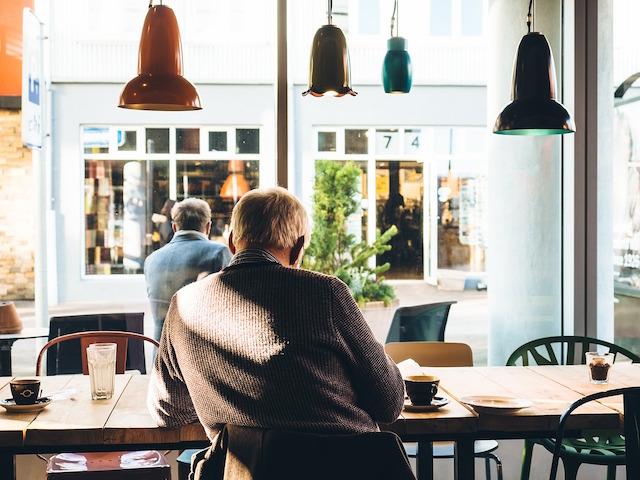 It was the summer of 2011, and I was four months into my new job at a busy coffee shop in downtown Toronto.

At 20 years of age, I was still relatively unsure of myself, but all things considered, I was pretty decent at feigning confidence.

One morning, a customer walked in: an older man with thin, white hair, cropped close to the scalp, and a long face, callused and wrinkled with a frown that had achieved permanent residency on his face. His spine was stiff, forcing him into a straight and intimidating posture. Well-dressed, it was clear that he was at least somewhat wealthy.

“Get me someone who does!”

Before I make myself out to be the victim here, I must admit that when the adrenaline in me builds, I tend to respond to snippiness with my own snappy retort. I could hear my tone turning aggressive. After this back-and-forth that was quickly escalating, I snapped.

I led him to the back room—in retrospect, this was breaking a lot of rules, but I was determined to have the last word. Before us was a wall of boxes filled with coffee beans, tea bags, syrups, and other items.

“Show me what you want.”

He pointed to a box filled with small white bags of powder. The box was labelled “Vanilla Bean Syrup.”

I grabbed a bag and handed it to him.

That’s when I looked at him, heart pounding, and responded with a cold “no.”

Months went by, and I graduated to become a barista working the espresso machine. I still struggled with a drink or two here and there, but I was getting better day by day, feeling more confident all the time—until the day I turned to look down the line, and my heart plummeted. I felt a wave of anxiety come over me, and my palms began to sweat. There he was, with his perma-sneer and cold, dark eyes. I heard him order a dry cappuccino—a drink that would be my responsibility to make as the barista on duty, and one that I was not at all comfortable making (a dry cappuccino is espresso and foam—lots and lots of foam. The cup should feel very light and airy).

With shaky hands, I began to make his drink, using every technique I could think of to steam the milk so that there would be an abundance of foam. When I was satisfied with my work, I topped off his cup and placed it in front of him on the counter. He looked at me. Holding his gaze, he weighed the cup, then slammed it down.

“I’m not happy with it. Make me another.”

Four cappuccinos later, he left me shaking, tears welling up in my eyes. I vowed to never serve him again.

Avoiding him, it turned out, was impossible. He came in at the same time every morning to order his dry cappuccino. Every day, I would make it, wasting litres of milk in my efforts to steam enough foam to fill a bubble bath. Every day, he would weigh the drink in front of me, voice his dissatisfaction, and force me to make a new one, proceeding to criticize me on my lack of simple knowledge.

Surely I was being punished! My energy would drain as I watched the hands on the clock come closer to 10 a.m. I began to feel the same way a bullied child does when they dread school, knowing they’ll be harassed in some way that makes them feel less than human. I had dealt with difficult customers in the past but there was something about this man that deeply got under my skin, something that haunted me and had me stewing in my thoughts hours after a shift.

I became so accustomed to his daily visits that without looking at the clock or down the line, I would know he was in the room. The hardened look on his face gave me chills, and the way he walked made him seem all the more snake-like and villainous.

But then a break occurred in the pattern. While making his drink one day, I overheard him talking with a friend in the shop. Suddenly, I knew his name: Bill.

I listened to their conversation. By simply learning his name, I now knew more about him than he did about me. I would begin to use that in what would become a subtle game of mental chess between the two of us. I would kill him with kindness.

The next day, I saw him as usual, and when it came time to serve him, I jumped at the opportunity.

“The usual, Bill?” I said, already grabbing his cup and punching in his order.

I led him to the espresso machine.

“You got it,” he said, and then, “It’s tough getting a real cappuccino around here.”

“I hear you,” I said, siding with him, as if all of our past encounters had never happened. When I went to top off his drink, I stopped. This is where it all changed—where the psychological game began and, more importantly, where the impersonal walls came down. I set the cup, three-quarters full, in front of him.

“Bill, give that a lift,” I said, giving him the power, “Tell me if that feels light enough.”

The look on his face revealed his utter shock. Softening, he gave the cup a weigh, and to my surprise, he smiled and said, “Actually, a little bit more milk would be great. But that’s pretty good.”

This routine continued each morning. I would give him the opportunity to tell me how he liked his drink, eliminating any chance of him being dissatisfied and me having to re-make it. He seemed to take pride in the fact that I knew his name and drink by heart.

“You know he’s playing a game with you, Nick,” a co-worker said, “Why do you let him do that?”

But the truth was, what had started as a psychological battle of wits was turning into a genuine, cordial daily meeting between two strangers. The espresso machine became our water cooler, and Bill and I would talk. He asked me about myself and what I do, what my passions are. He, quite simply, came to understand me—and I, him.

I write this because I still find myself getting overwhelmed and enraged when I see people treat others poorly. I get overwhelmed and upset when I catch myself showing hostility. We all do it. The nasty beast dwells in all of us, and we so easily forget as we become inundated with our personal lives and troubles. The customer who treats me like a vending machine is the protagonist of their own story—a story filled with passions, dreams, adventure, tragedy, comedy, heartbreak, and loves gained and lost. Everyone is trying to find the light, that thing that will give their life meaning.

Things come at us that we cannot control. A phone call with news of a death or an unexpected financial burden can change our lives forever. As we navigate these constantly moving obstacles, our greatest challenge is to keep the roaring beast within us tame.

The woman who steals from us, the man who wrongs us, the beggar on the street corner who curses us as we refuse them—they are all human, perhaps lost along the way, but human all the same. Rarely is a person’s frustration directed at us because of us; we can attest to this by looking back at all the times we have let our anger and despair take hold.

The point is: life is too short to waste a single second spreading anything other than compassion. However it is that we prefer to vent our anger, resentment, and hatred in a healthy and proactive way that doesn’t harm others, we need to do it. If we have the ability to change our circumstances for the better, in a way that will bring us and others happiness, we should do so. And if it is within our power (if we are genuinely having a good day), we should smile as much can. We don’t know who needs it, nor do we know the next time we will be the ones in need of such a simple gesture.

My story with Bill has an ending. He came into the shop one day to announce he would be moving far away from Toronto. He wanted to find “paradise” for himself. On his last day, we followed our usual routine: I made him his drink, and we chatted pleasantly. Before leaving, he stopped and extended his hand. I shook it.

The funny thing was, I genuinely meant it. And I think he did, too. 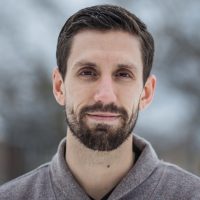 Nicholas Arnold is an accomplished writer, performer, filmmaker, and TEDx speaker. His writings have been published on many online journals and he speaks to youth about leader… Read full bio