How the Beatles’ Trip to India Changed the face of Spirituality in the West. 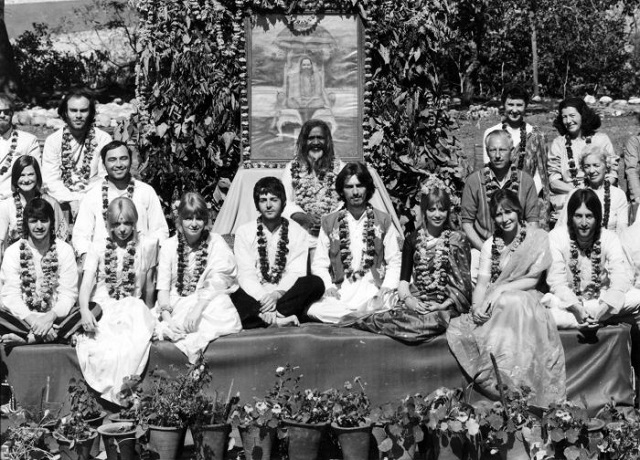 Fifty years ago, yoga, meditation, and Eastern spirituality burst onto the scene in the West.

Exactly half a century ago (contemplate that, Baby Boomers), the Beatles were settling into the ashram of their guru, Maharishi Mahesh Yogi, in the small Himalayan pilgrimage town of Rishikesh.

The global media descended on the quiet, holy place, which would soon become a major destination for tourists, aspiring yogis, and seekers of enlightenment. The coverage was nonstop, as it had been six months earlier when the Fab Four initially met Maharishi and became public advocates of his Transcendental Meditation (TM).

It would have been easy at the time to dismiss the media frenzy as just another pop-culture craze. Everything the Beatles did was major news then, and much of it was quickly imitated by their vast, global fan base—but this was different.

This was not a new fashion statement, or a slang expression, or even a musical invention. This was four fun-loving youngsters (and other celebs, like Donovan and Mia Farrow), wealthy beyond imagining, who could go anywhere and do anything, choosing to hunker down in an austere, vegetarian, non-air-conditioned compound on the Ganges River to spend large chunks of time each day meditating with their eyes closed.

Thoughtful reporters and social commentators asked: why? What was the appeal of this meditation thing? What could India, an impoverished country only two decades removed from British subjugation, possibly offer celebrities who seemed to have everything a human being could want?

Questions like those turned what might have been a brief media burst into a watershed moment in history. And I don’t just mean musically. Yes, the Beatles’ repertoire was enhanced when they took up meditation, just as it had been when they started using psychedelics. Listen, for instance, to songs like “The Fool on the Hill,” “Across the Universe,” and “Within You Without You,” which I consider the first rock-n-roll Upanishad.

I opened American Veda, my book about the impact of Indian spirituality on the West, by calling the Beatles’ expedition “the most momentous spiritual retreat since Jesus spent those 40 days in the wilderness.” I expected blowback. But, since the book’s publication in 2010, not one person has argued with my assertion. It was as though planet Earth tilted on its axis in February, 1968, allowing India’s ancient wisdom to flow more easily and quickly to the West. The infusion would impact healthcare, psychology, neuroscience, and especially the way we understand and engage our spirituality. 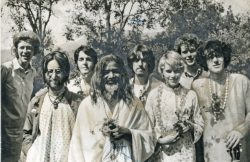 By 1967’s “Summer of Love,” the Beatles, like many in the youthful counterculture, had come to see that psychedelic drugs like LSD could open the door to higher consciousness—but in an unpredictable and inconsistent way, and not without risk. The search was on for safe, natural ways to expand the mind and attain inner peace and unified awareness—and the East seemed to have the goods.

All signs pointed to something called meditation. George Harrison, having spent time in India studying sitar with Ravi Shankar and reading spiritual literature—notably Paramahansa Yogananda’s Autobiography of a Yogi—was among the ripest candidates.

For his part, Maharishi Mahesh had been circling the globe for nearly a decade, appealing mostly to respectable middle-aged folks with a metaphysical bent. When college students began to take up his TM method, meditation clubs popped up on campuses, and word spread to hip enclaves like Berkeley, Cambridge, and Greenwich Village. By August of 1967, when Maharishi lectured at the London Hilton, it was only natural that George’s then-wife Pattie Boyd would lead her husband and his band mates to the jam-packed hotel ballroom.

The Beatles took to meditation like they had taken to Chuck Berry and Little Richard. John and George were especially enthusiastic (listen to David Frost’s interview with them). Young people everywhere, always eager to emulate their music idols, flooded TM centers. The ubiquitous press coverage featured parents who were bewildered by it all, but relieved by the changes they observed in their young yogis.

Sitting silently with closed eyes for 20 minutes? Stretching and bending in yoga postures? Treating berobed gurus with reverence? Chanting in the street with Hare Krishna freaks? It all seemed weird and vaguely threatening to many grownups, but compared to having their kids follow Timothy Leary’s injunction to turn on, tune in, and drop out—or getting busted for possession or dropping dead from an overdose—well, holding dinner until they finished meditating (or even paying for a flight to India) seemed like a pretty good deal.

If you were a shrink, you might wonder what was causing these kids to change in such a positive direction. And, if you were a research scientist, you’d ask if what was going on could be measured in any way.

That’s precisely what happened, and it’s why the Beatles’ meditation retreat reverberates so strongly through the decades. Scientists, prodded by Maharishi himself (he had majored in physics), ushered meditators into labs and hooked them up with blood pressure cuffs, E.E.G. machines, and other apparatus. Data documenting the benefits of meditation moved rapidly from scientific journals to mainstream media. Before long, physicians and therapists began recommending it to stressed-out grownups.

To meet the burgeoning demand, Westerners, mostly young, were trained to help disseminate various yogic practices. By the mid-70s, instead of stories about young hippies turning to meditation instead of LSD, we had cover stories about their parents choosing it over Valium. There’s a straight line from that to HMOs offering yoga classes, to Wall Street offices with meditation rooms, to the whole “Spiritual But Not Religious” phenomenon.

Would all this have happened if the Beatles had never gone to India? Maybe, maybe not…but certainly not as quickly. As science reporter Sharon Begley wrote in Newsweek magazine in 1968, the Beatles’ retreat “popularized the notion that the spiritual East has something to teach the rational West.”

That’s reason enough to commemorate that eventful journey 50 years on. If you need another one, go listen to the Beatles’ White Album. Some of the most memorable songs on that double record—“Dear Prudence,” “Get Back,” and “Blackbird”—were written in the ashram on the Ganges.