It is Okay to Talk about your Depression. 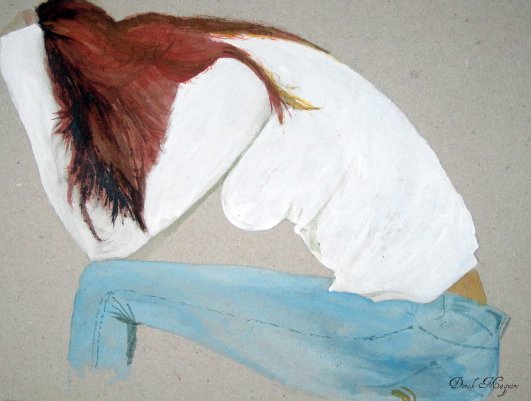 Feeling depressed can happen to everyone.

Recently, I have noticed a few people on social media passing around an interesting quote about depression. I’m not going to lie, it caught my attention, and not necessarily in a good way. Upon looking into the source of the quote, I discovered that it came from a tweet from rapper Post Malone. The full quote reads:

Shoutout to everyone who has made it out of a dark place or hard time in your life. Especially those who did it by themselves because they never showed it or let anyone know they were hurting. To silently battle and win is hard, be proud of yourself and all the progress you’ve made.

I’ve read variations of this quote that end after the words, “Especially those who did it by themselves,” but it’s on this part that I want to focus in particular: this idea that people who suffer in silence deserve a little extra kudos than the rest of us.

Yes, shout-out to everyone who has made it out of a dark place or hard time in their life. Anyone who has successfully done this, no matter how they did it, is amazing and strong and deserves all the praise and attention for getting themselves back into a healthy and happy lifestyle.

Yes, to silently battle and win is hard. Very hard. It’s almost impossible for many people.

Personally, I am of the opinion that we, as human beings, are pack animals. We need other people in our lives—and not just for simple survival. Yes, building human communities helps protect us from being eaten by wild animals, but more than that, creating close bonds with other people helps protect our mental health.

Rats, for example, are pack animals. And if you keep a rat alone for too long, it will show symptoms of depression. The same thing will happen to humans.

And I’m not necessarily speaking of extreme, physical isolation either. Simply feeling emotionally isolated from other people will result in intense depression as well. This is actually a rampant issue within our society—particularly for men. Essentially from birth, men are told that “boys don’t cry.” Men are encouraged to bottle up their emotions, to never burden anyone with their feelings, and to show “real strength” by going through life without ever letting anyone in or opening up to people. This has contributed to a society where the depression in men goes woefully undiagnosed, and because of this, men are 3.57 times more likely to die from suicide than women.

Yes, it is hard to silently battle and win. Chances are actually pretty good that if you battle silently, you will end up losing.

People need support. People need to know that they aren’t alone, and people need validation that what they feel is accepted. That who they are, depression and all, can be loved. And not only that, but we need the opinions of others. Sometimes, the greatest gift that a depressed person can receive is a loved one’s assurance that they’re going to be okay.

And personally, my situation only applies to the first part of Post Malone’s tweet, but not the second part. I have made it out of dark places and hard times, but I didn’t always do it alone.

I fought small battles alone. I hid panic attacks in the bathroom, and then wiped away my tears, picked myself back up, and forced myself out the door. But when it came to the much larger war that is fighting depression, I couldn’t do that alone. And it’s not that I didn’t try. For nearly a whole year, I did my best to hide my depression, not wanting to make people worry about me. And then, when I couldn’t hide it anymore, I just spoke.

And then, I couldn’t stop speaking.

I kept talking, and I kept reaching out, and eventually, my depression wasn’t anything shameful anymore. It was just a part of me. And that made it easier to fight because I wasn’t fighting alone.

And not only that but speaking out and hearing my own depressive thoughts voiced was helpful in recognizing how wrong they were. It’s surprisingly easy to think, “If this person doesn’t say that thing, then they obviously hate me.” It’s more difficult to take such a sentiment seriously when you’re saying it aloud.

When you’re depressed, depressive thoughts are simply the norm. They crowd your brain, and they convince your mind that they’re facts, and there are so many of them that it’s hard to fight back. When you speak these thoughts, or write them down, or do whatever you need to simply get them out of your head, then they become less overwhelming. You begin to see them for what they are. And maybe that doesn’t get rid of the fear or the sadness that these thoughts create, but at least recognizing them as false is one step forward. And it’s a step forward that’s difficult to take alone.

And yet, despite all of this, we live in a society that loves to romanticize the idea of making it through hard times alone. I think it goes back to how men are often raised: there is strength in being solitary and not burdening other people with your thoughts and your emotions. And this is what I see in Post Malone’s tweet. He starts out by giving a “shout out” to everyone who has suffered hard times, but he goes on to create a sort of hierarchy. If you have suffered alone, then you are especially deserving of a shout out, and the rest of his tweet focuses on that particular form of suffering. We see people who have suffered alone as being more deserving of praise than people who reached out to others and asked for help.

And when we do that, when we create this hierarchy, what we are actually doing is encouraging people away from seeking help.

We make people think that there is something wrong with getting help, that if they were truly strong, they would do this alone. And many times, this isn’t the case. You can (and probably will have to) fight battles alone, but it’s really difficult to win the war that way. To win the war, you need a solid army of love and support—whether that army takes the form of family, friends, pets, a diary, people that you met on the internet, suicide crisis lines, or therapists.

There is no shame in reaching out. There is no shame in talking about your emotions, or crying, or having a difficult time managing what life has given you. All of this is a natural part of being human, and we shouldn’t be so afraid of it. Instead of encouraging people to suffer in silence, we should be willing to lend an ear to anyone who needs it.

And let’s give a shout out to everyone who asked for help in getting out of a dark place or a hard time, whether they have gotten out of it yet or not. It can be really hard talking about your emotions in a society that consistently tries to silence them, but you are doing the right thing. You are doing the best thing that you can for yourself and your mental health, and that is extremely important.

May you have all the best going forward, and may you know that you are loved and you are valid and you are strong.