When I think of a great Buddhist teacher, Jim Carrey isn’t the first to come to mind. But wow. The now heavily-bearded actor, who recently created quite a buzz when he made an interviewer super uncomfortable on the red carpet, has some pretty profound things to say about this complicated, fun, difficult, and beautiful thing we call the human experience:

Carrey shares the startling realization he came to after years of fame: it’s totally pointless to spend our whole lives creating and curating some specific identity for ourselves.

This is all ego: desiring to be important, to be someone, to matter. In reality, this grasping at a singular identity brings us only pain and suffering, for three main reasons. One, it introduces a separation between us and all other beings that dishonors our inherent, interconnected nature. Two, it deludes us into thinking that things are not supposed to change—that we are not supposed to change. Three, it leads us away from resting in our own basic goodness, as it makes us feel that we aren’t enough just as we are, right now.

The antidote to this suffering is to let go of this desire to be “someone.” As Carrey beautifully puts it, “The feeling of wholeness is a different feeling than me-ness.” To feel whole, we must let go of trying to maintain an image of “me.”

Drawing from his own experience, Carrey then connects this truth to the condition of depression:

“People talk about depression all the time. The difference between depression and sadness is sadness is just from happenstance—whatever happened or didn’t happen for you, or grief, or whatever it is. Depression is your body saying f*ck you, I don’t want to be this character anymore, I don’t want to hold up this avatar that you’ve created in the world. It’s too much for me.

You should think of the word ‘depressed’ as ‘deep rest.’ Your body needs to be depressed. It needs deep rest from the character that you’ve been trying to play.”

That might be the best assessment of depression I’ve ever heard.

Let’s give ourselves (what is “self,” anyway?) a break and let go of whatever identities we’ve worked so hard to create. Let’s instead live with an open heart and a sense of humor about ourselves and our world—since, in the words of Jim Carrey, none of it matters anyway.

And that’s a comforting thought.

“I have no depression in my life whatsoever—literally none. I have sadness, and joy, and elation, and satisfaction, and gratitude beyond belief. But all of it is weather, and it just spins around the planet. It doesn’t sit on me long enough to kill me. It’s just ideas.” ~ Jim Carrey 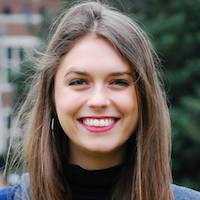 How to Make Friends with all of Your Sweet Self: Maitri.
See relevant Elephant Video

What to do if (when) you feel Sad & even Depressed.

5 Mindful Things to do First Thing in the Morning.