Learning to Breathe through the No Good, Very Bad Days. 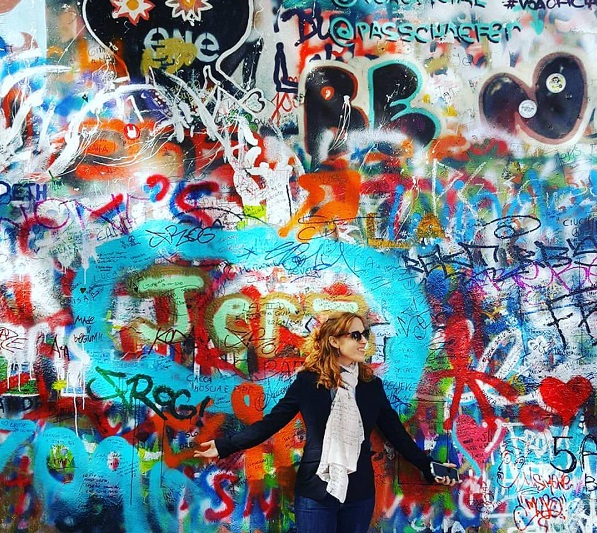 It was the second day of my new job in a new city.

I had yet to buy a coffee pot, so I decided to take the pup to a drive-thru coffeehouse. The closest one was about 10 minutes away.

Ahti, a sensitive boxer-mix, was unsure about our new city, our new house, and our lack of routine. When I waved her leash, her tail wagged faster than I’d seen since we moved from San Antonio.

The drive was nice. I took in my new neighborhood, the quiet, winding roads. Before I got to the drive-thru window, however, I felt a bump and my car jerked.

The driver’s side front tire hissed loudly. I barely made it to a parking space before the car began to tilt downward. We were stuck.

I looked over at my dog, who looked back at me. We sat there until the hissing turned to a whisper—then silence.

With 90s music taunting, I looked around at the unfamiliar landscape and thought about my new boss, trying to imagine her response to my pathetic second-day callout. When someone’s voice arrived on the line to roadside assistance and asked for my address, I gave her the street address and she put me on hold for a long time.

My thoughts, replete with negativity and self-blame, began to churn. I was told someone would be out to help in 20 minutes, and my worry softened. I went into the café and asked for a bit of whipped cream for my dog. They threw in a free coffee, seeing the obvious distress on my face as I told them why I would be parked outside for a while.

As may be predictable with a no-good, very bad morning, 20 minutes came and went. So did 30. I called roadside assistance again, as my dog hid under the table at the café patio. The agent explained that she was very sorry, but they couldn’t verify the address. Was I sure I knew what city I was in?

Of course I did.

But I didn’t. I was on East Broad Street, not Broad Street, and apparently, I was right across the street from the town I thought I was in. After we teased this out, the woman said they’d send someone out now. It would just be another 20 minutes.

A cluster of creative expletives circled around in my mind. The sun was coming up, my dog was nervous, and the likelihood that I could get this tire fixed before work was unlikely. Twenty minutes passed—then 30 and 40. I was ready to walk home when an old truck ambled up, and someone who looked like he was late for homeroom got out to look at my tire.

“I’m with roadside assistance,” he announced.

“Wonderful!” I scratched Ahti’s ears, watching as the guy tried a ratchet.

But it wouldn’t move. He tried another one. Then he looked at me with apologetic eyes. “I’m sorry, but I can’t change this tire.”

With my pup close and me dressed in clothes that were not appropriate for any occasion, aside from going through a drive-thru (picture baggy, comfy pants that didn’t really fit and a tank, no bra), my last bit of hope fell.

“That’s against the rules.”

The man, whose eyes really did betray his kindness, pushed what appeared to be a corner store’s worth of wrappers and containers off his passenger seat and said that my dog could sit in my lap. And my 60-pound boxer, scared of the world, did just that. She shook. I held her. I watched the clock.

“Do you think you could figure out how I can turn off this alert thing my boss keeps sending?” the man said, handing me his phone.

Confused, I began pushing random buttons to try to get the phone to stop beeping—then it happened. I felt the truck come to a complete stop, but we were nowhere near a red light. I looked up to find a gaggle of geese making their way, slowly, across the street. This took no more than a minute, but it was the longest minute of my life. The dog, the mechanic, and I watched half a dozen Midwestern geese as they strolled.

When I got home, I still had an hour to spare before work. I thanked the man again, apologized for not being able to figure out his work alert, and ran into the house. I grabbed a bit of makeup to put on later, called an Uber, and called a tow for my car. I got dressed without showering—there was no time—and hustled around trying to remember everything I needed.

The Uber was there in no time. Outside, a Toyota idled, and just as I was stepping out the front door, Ahti pushed past me to chase a bunny to the end of our new street. She stopped, looked around with some trepidation, then ran back. I called her, but she didn’t want to be left alone all day again, so she stopped short of me. When I took a step toward her, she ran away again, tail wagging. When I walked back to the front door, she took a few steps toward me.

“You can go,” I told the Uber driver.

New neighbors, who’d heard me yelling after my dog, came out to help. After almost 15 minutes of me running around in heels, five of us finally cornered her. I weigh double what she does, but I struggled to get my pup to the porch, stopping every few steps to rest my arms. A neighbor helped me with the door.

Ahti was safe, but I was sweaty, covered in fur, and my hair needed an intervention. As I explained the extent of my horrible luck and worries about my new job, my Uber driver—who hadn’t left—looked over and said, “Hon, those new bosses are just going to have to take you as you are.”

I smiled. And as I digested her words, the weight of gratitude hit me. In those few morning hours, I’d trusted more than one stranger, got my dog home safe, met wonderful new neighbors, and received a clear message of unconditional acceptance from an Uber driver.

The day was far from over when I finally made it to work; the difficulties of trying to find a mechanic willing to fix my tire without the keys warrants another essay. Even by Alexander’s standards, I’d had a terrible, horrible, no good, very bad day. But there was still a way to be present, and though this realization was hard-won, I knew I had arrived.

11 Stupid Pointless Things to do when you’re Grumpy. 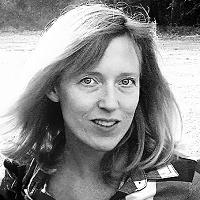