Since we’re Talking about Tide Pods, let’s talk about this Common Household Product that Killed my Stepbrother. 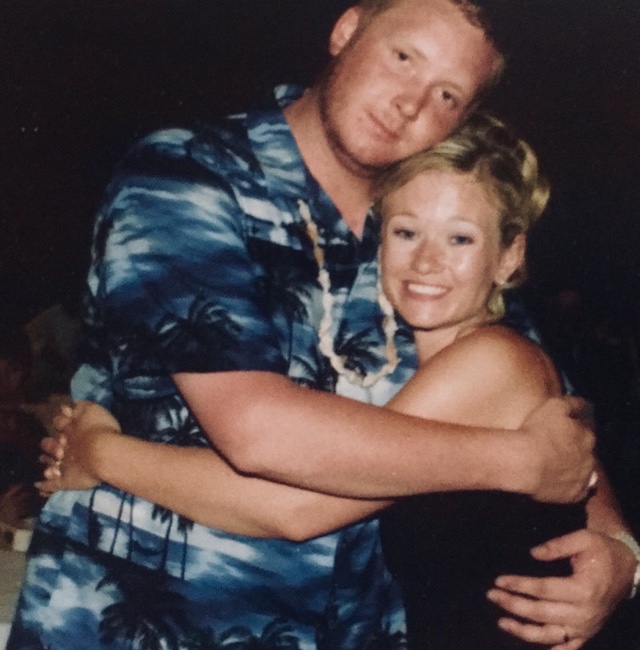 Last May, my two brothers and I got a text that our stepbrother, Justin, who we’d grown up with, had died.

They found him in the Walmart parking lot behind the wheel of his car, keys in hand, surrounded by his drug of choice. He’d been deceased almost 48 hours.

He didn’t have to wait until his dealer could hook him up, or for the liquor store to open. He didn’t need to go to the doctor for a prescription refill. What he used to get high was cheap, easy to obtain, and something many of us have in our homes.

All Justin had to do was get in his car and drive a few blocks to our local Walmart.

He was addicted to “huffing” Dust-Off, also known as duster, which is a gaseous refrigerant-based propellant cleaner used to remove dust and dirt from computers and electronics. The main ingredient is difluoroethane, a highly-toxic chemical with the potential for fatal results when it enters the body.

When someone inhales the compressed gas, it paralyzes them, giving them a temporary feeling of euphoria. Some hallucinate or black out.

Others could suffer the same fate as my stepbrother, and their heart will stop. This is known as Sudden Death Syndrome (often called Sudden Sniffing Death Syndrome).

“The practice of deliberately inhaling or ‘huffing’ canned air can be fatal. Though often overlooked due to lack of identification via common drug screens, it has caused the instantaneous deaths of numerous individuals by precipitating fatal cardiac arrhythmia. Several reports of fatal car crashes have been linked to drivers huffing difluoroethane.”

Statistics regarding the abuse of inhalants are varied, and often blamed on other factors. Many experts in this field believe the deaths, troubles with the law, and DUIs, are grossly underreported and under-documented. And even more alarming, they aren’t accurately tracked like other deaths in the United States.

According to USA Today, in the United Kingdom, where deaths associated with these substances are tracked, 39 percent of the deaths occurred during the victim’s first use of the inhalant.

Another website, dedicated to educating and preventing inhalant abuse offered these chilling statistics:

>> 566 people use an inhalant for the first time each day.

>> One-fifth of 8th graders have experimented with inhalants.

>> More than 1,400 common products can be huffed or sniffed.

>> Research shows less than half of parents knew that inhalants were an issue.

>> Inhalants are the fourth most-abused substance after alcohol, tobacco, and marijuana.

>> The number of lives claimed by inhalant abuse each year is unknown, because these deaths often are attributed to other causes.

But here in the United States, we aren’t talking about these things. The recent Tide Pod challenge has received more public outcry, and although it’s obviously an issue, huffing should be on our radar, too.

Harvey Weiss, Executive Director of the National Inhalant Prevention Coalition, a private nonprofit organization based in Austin, Texas says, “This is a silent epidemic. It is silent because people don’t talk about it, and the numbers of people who use these substances is significant.’’

It’s time we start talking about it. Because, the truth is you cannot overdose on it—the lethal limit is one inhale. It’s a game of Russian roulette. While I’ve never experienced it, a friend of my stepbrother compared it to getting blissfully wasted off one shot.

I hadn’t been in contact with Justin in the years leading up to his death. He became a shell of himself, and as a mother, I had to remove myself from his life. The Justin I knew before was a kindhearted, sensitive, and passionate writer, reader, and lover of all things creative. He loved music and knew everything about his favorite artists. With a philosopher’s heart and unrivaled depth, he always rooted for the underdog.   The Justin who was addicted to huffing was none of these things. It was a night and day transformation, and it stole his soul faster than anything I’ve witnessed.

I can’t bring Justin back, but the best way to honor his memory, and life, is to bring awareness. We can’t heal what we don’t talk about, and if this article saves one person, it’s worth it.

>> Some retailers now restrict the sales of computer cleaners to people over 18 years of age, and many have placed warning labels on the top of cans. This isn’t enough. While some states keep it locked up, most don’t. Several families who have lost children or loved ones to dusting have worked to enforce stricter regulations, but the truth is it’s easily accessible. With anything and everything available at the click of a button, getting our hands on these deadly household chemicals is easier than ever.

>> Because we cannot rely on corporations, it’s up to us to educate ourselves and talk about the dangers with our kids and loved ones. There are plenty of stories on the internet eerily similar to my stepbrother’s. Most of us talk to our children about drug and alcohol abuse, but few of us include inhalants in this discussion. I, for one, had never had the conversation with my own daughters until his death.

>> Be aware of common household items kids use to get high. A can of hairspray, Dust-Off, whipped cream, glue, gasoline, paint thinner, household chemicals, hand sanitizer—all of these can be huffed. Even if your kid “would never,” their friends might. We can’t control every aspect of our child’s life, but this small, mindful, and easy talk could save a life.

>> Removing the stereotype that huffing is only an adolescent problem is critical. While huffing was once deemed an epidemic with homeless youth, it is finally becoming recognized as an addiction that does not discriminate.

>> We need schools to educate our youth. Very little, if anything, is taught about inhalants and the damage they can cause. We educate kids on the dangers of marijuana, but not huffing, which can kill someone within the same second they receive the fleeting high. When we open dialogue, we make ourselves more accessible to high-risk youth and adults who are putting themselves in danger.

>> Recognizing the signs of inhalant abuse isn’t as simple, because most of us wouldn’t look at a can of whipped cream or Dust-Off and assume the worst. The immediate signs are slurred speech, lack of coordination, euphoria, dizziness, light-headedness, hallucinations, and delusions. There are often periods of isolation, memory loss, hostility, and lack of motivation.

>> Share this article with school officials, other parents, store employees, and your own kids. You never know if one person could read it, remember it, and make decisions based on it. I know it’s not that simple, and oftentimes mental illness, and other factors, inhibit someone’s choices in regards to addiction, but if we’re at least talking and creating awareness, maybe we can save a life in the process.

My hope in sharing his story is that he is not another undocumented statistic, but rather someone whose tragically short life can offer insight, education, and change to anyone and everyone who is willing to give this silent epidemic the attention it deserves.

He would want his pain turned into purpose. 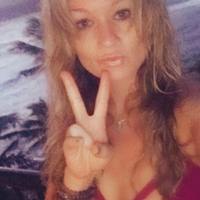