Solar Eclipse in Aquarius: We are Stuck with each Other. 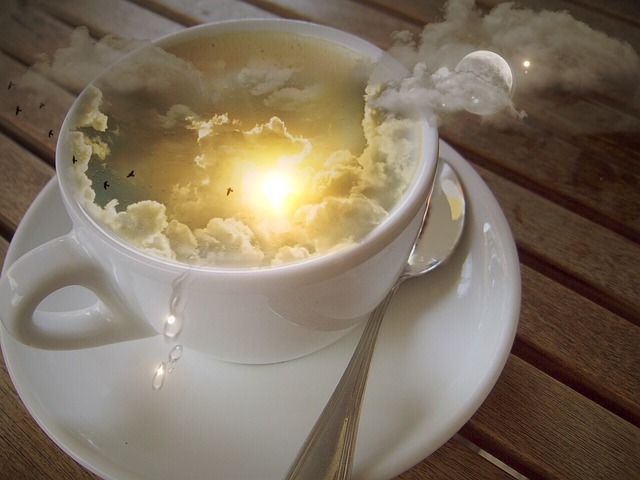 Eclipses happen when the orbits of the sun, moon, and Earth line up on the same plane in three-dimensional space at the same time.

Because the light and power from the sun are the source of life-energy on Earth, having it eclipsed for even brief periods of time was perceived by ancient people as dangerous. The astrological factors indicated by the eclipse wind up being plunged into darkness and those factors can be a source of confusion for several months afterward.

On February 15, we have the first solar eclipse of 2018, when the moon moves between the Earth and the sun in the constellation of Aquarius. Mercury and Venus are also joined with the sun and the South Node in Aquarius at that time.

When Aquarius gets eclipsed, our relationship with society and culture gets shaken up, distorted, and refocused. We can see this globally as Russia, North Korea, China, and other countries have taken more prominent positions of power since early 2016 (when the eclipses started in the Leo/Aquarius axis). It all seems up for grabs at this point.

On a personal level, you should feel prepared to refocus and recommit to “being the change you want to see” in the world. This doesn’t mean you have to get out and protest, or become political. But it does explain the radical shifts we are all noticing and will be forced to accommodate, whether we like it or not. In fact, both sides are pushing the other to extremes now. We have no option but to live with each other—that is the lesson.

We see watershed changes resulting from the #MeToo movement, systemic shifting of our social institutions, like the media and intelligence services, measured against extreme conservatism. These social and political structures we have built and share in common with each other are all related to Aquarius. As these things shift, there is a stress, because we’re not sure what’s going to replace the culture we had pre-2016.

A sense of altruism is a good thing and much needed now. Even if you don’t set out to “change the world,” you could certainly make improvements in the workplace, or in any environment where you have to co-mingle with others. But yes, you may also feel a sudden itch to do some work in the community, or in your spiritual circle, or in service of causes that will outlive you. These are the larger lessons of Aquarius.

Mercury and Venus are also getting eclipsed. This shows a deep reevaluation of our communication style and our information (Mercury), and our sense of beauty, and how we share that in partnership with others (Venus). This is a difficult time for relationship intimacy and connection—and not just because of Venus being eclipsed but Mars (see below). Reevaluating meaningful connections is important now in our self-obsessed, attention-seeking culture. Many of us now seem to pay more attention to Facebook “likes” than authentic sharing and connection.

This is also time to reevaluate our sense of discrimination and separating fact from bias and opinion. These things are so incredibly blurry in our world now, to the detriment of civil discourse and a fact-based shared reality. When faced with facts we don’t like, some people feel there is no need to listen to the other person, and just call it “fake news” and move on. This is going to kill us all if we don’t get it worked out and learn how to listen to each other. A good place to start would be to return to common sense and a common set of agreed-upon “facts.”

Dhanishta Nakshtra: The Drum of Creation.

This eclipse is in the Nakshatra of Dhanishta, which is symbolized by the drum of Lord Shiva. As the dancing God Nataraj, Shiva plays the damaru, a handheld drum. This symbolizes the heartbeat of life, the steady pulse and drumbeat of existence. This wild, ecstatic dance is of both creation and destruction—a simultaneous frenzy of birth and death. This is creativity itself.

Every act of creation is preceded by an act of destruction. Before we can plant flowers, we must destroy weeds. Every rebirth is preceded by death. This is the ever rejuvenating life force personified as time itself. The drumbeat of time, and the need to not waste it, is shown by this Nakshatra. The word “dhan” (the first syllable of Dhanishta) means “wealth” or “value.” The greatest value and wealth we have in life is time and what we do with it.

We can spend our time chasing material wealth or spiritual wealth. This Nakshatra bridges the two signs ruled by Saturn, Capricorn, and Aquarius. Saturn is the planet of time—and the one that takes it away from us. This extremely sensitive point in the zodiac shows the transition from making peace with our limited time in Capricorn, and then sharing that inner strength with others in Aquarius.

Also important on this eclipse is Mars in Scorpio and Saturn in Sagittarius. Now is the time to develop more emotional courage and discipline, or else we can spin out into emotional battles with others and waste our time in useless drama. Mars in Scorpio is challenging us in this way. But you may be feeling emotionally irritable and restless with others. It is always easier to dump our frustrations onto our circumstances. But instead, there’s a great window open for you to “own your hurt” now.

Saturn in Sagittarius is prominent now, because Saturn is the ruler of this eclipse and is also aspecting Aquarius. Saturn is the planet of stillness, silence, and making peace with death. In order to make peace with death, however, we have to go through the fear and stress of facing it. So these could be important and heavy things. But as always, the pressures and difficulties are only on the surface, only psychological and emotional. Beneath the surface, in the center of the heart, there is great liberation and ecstasy. All of that is possible now, but you need to sit still and not project your fear and anger onto others, stated simply.

Tuesday night, February 13th, will be Maha Shivaratri, the great night of Lord Shiva. This is the night to stay up and celebrate the change and transformation I am discussing. This is a great night to train your mind to focus and meditate and be still and silent. As I already stated above, Mars and Saturn are bringing a lot of discipline and determined energy on your behalf.

This eclipse is trying to show us that we depend on each other for our survival. We are starting to sense that our true vulnerability is a distrust of each other, and an inability to recognize truth and treat each other with respect when we disagree.