The Chemicals between Us: What Hormones can Teach us about Love. 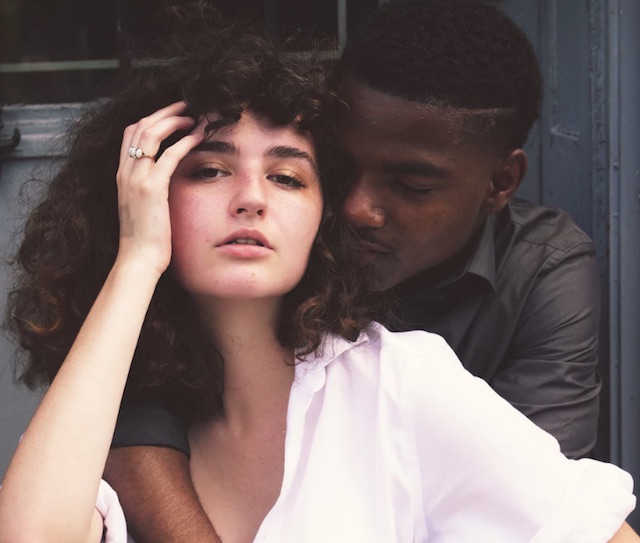 “People give flowers as presents because flowers contain the true meaning of love. Anyone who tries to possess a flower will have to watch its beauty fading. But if you simply look at a flower in the field, you’ll keep it forever.”  ~ Paulo Coelho

Romance is often depicted as the highest goal in pop culture with passion being a means to an end.

From childhood, I can recall dramatic moments in 80s music and film like “Roxanne, you don’t have to put on the red light,” and an image of Lloyd Dobler holding a boombox high above his head, winning over not only the girl, but a generation.

These passionate pleas portray “not taking no for an answer” as the epitome of sweetness. In real life, that kind of co-dependent sentiment tends to create more chaos than connection, but the cultural conditioning adds another layer of confusion to love.

My work as an artist and addiction counselor, along with daily meditation, has transformed my perspective over the past 20 years. Ultimately, I believe if passion can ripen into compassion, then one can find balance and trueness in love.

Let’s explore the basic brain science behind attraction, new research into the functions of hormones, and some meditative insight that will hopefully shed a little light on the great mystery of love.

Love is a drug.

Repeated drug use leads to addiction by disrupting the decision-making faculties and reward circuitry in the brain. In an MRI study of 17 college students newly “in love,” researchers collected 2,500 brain scans to find which regions are involved with physical attraction.

The subjects were asked to view many different photographs of acquaintances. Then, unexpectedly, an image of their lover appeared before their starry eyes and the brain’s reward center lit up, which implicated pleasure and desire. Similar neural activity can be observed in people with addiction when this experiment is repeated using neutral images and ones of drug paraphernalia.

The hormone oxytocin acts like an opiate in intimacy. It is released during sexual activity and also in women during childbirth. It creates a sense of joy and euphoria, which helps establish a strong connection. If the production of this hormone is suppressed with an antagonist, there will be less bonding. This is because the pleasurable effect is absent.

In chemical dependency, withdrawal and craving occur when the drug is not available. This has analogous brain and behavior components in co-dependency, with lovers longing for each other when apart, or falling into a depressed state after an unwanted breakup. Thus, absence does make the heart grow fonder.

We have regions in the brain involved with detecting “red flags” in the people we encounter and our brain can choose whether or not to trust someone within a second upon meeting. This can be helpful for our safety. However, when a person is falling in love, there is a tendency to overlook or ignore any negative traits in the other. The corresponding patterns of de-activation in the brain have been recorded in a study of reactions when viewing the face of a romantic partner.

From an evolutionary and procreative stand point, there are benefits to this phenomenon. Seeing too many flaws in one’s mate might interfere with bonding, and a greater risk of separation could make the offspring more vulnerable. This is especially significant in human mammals, as it takes much longer for an infant to reach maturity. This may also explain how the social dynamics can shift and why a partner may become more critical of their significant other later in the life of the relationship.

When someone is falling in love, there are many visceral changes in the body associated with negative emotions like fear and anxiety, sweaty palms, shaky knees, “butterflies” in the stomach, and heart palpitations. It feels like something akin to a crisis.

In love, your whole world and life change quickly. So, it could be that the brain interprets the pressure associated with the enormity of that decision as dangerous. Thus, the fight or flight response is activated, releasing the stress hormones of adrenaline and cortisol. Adrenaline gives a surge of energy to run faster and be stronger. The cortisol helps the body to redirect more resources to the cause by suppressing the functioning of metabolic systems like digestion and immunity.

If one needed to run from a tiger, there would be no point in wasting energy to process food or fight germs. Perhaps the stress and anxiety influence some people to bolt when relationships start getting serious, or possibly put up a fight to resist taking things to the next level (but hopefully not literally biting the head off the mate after copulation like the female praying mantis).

You were always on my mind.

The stress hormone cortisol also reduces the production of the neurochemical serotonin, producing significant cognitive effects in the lovestruck.

Studies show that serotonin is involved with mood and lower levels can cause Obsessive-Compulsive disorder symptoms. This may explain why romantic suitors think about the apple of their eye all the time. It’s sweet—but obsessive.

Vole is an anagram of love.

Finally, vasopressin is another hormone involved with social bonding and is released during arousal and physical contact. If oxytocin creates the “high” to establish a sense of connection, then vasopressin promotes long-term commitment and monogamy.

Interestingly, among the 5000 species of mammals on the planet, less than three percent are monogamous. That small segment includes humans, but not all humans, as barely 50 percent of American adults are married. Our sexual bonding patterns are diverse but obviously include monogamy.

This inspired scientists at Yerkes Research Center in Atlanta to study another mammal with similar behavioral diversity— the vole—a hamster-like rodent. Prairie voles and meadow voles look the same and behave almost the same with one exception. The prairie vole has a monogamous sex life, and the meadow vole has a promiscuous one.

Vasopressin is the secret ingredient behind their variation. The prairie vole has more vasopressin receptors in the reward centers of its brain. In experiments where vasopressin levels were increased in the meadow vole, it became monogamous with its next sexual partner. These voles, like their cousins, remained together and raised their families. Conversely, when inhibiting vasopressin in the prairie vole, that rodent became more promiscuous.

In humans, there is a strong correlation between monogamous patterns and higher levels of vasopressin. No, there is not a supplement yet, but physical contact can serve as a substitute. As responsibilities increase for couples—like bills, raising children, and caring for sick or elderly parents—there is often less time and energy for intimacy.

Though it may feel like the romance has dried up, it’s actually the vasopressin that has. While the nature of those growing demands does not leave people feeling in the mood at the end of the day, if partners can agree to carve out a little quality time and offer physical affection, then more vasopressin can be released to rekindle the flame.

These modern neurobiological explanations of old love adages do not seem to describe what we think of as true love. We think about true love as unconditional. It is called many names in different spiritual traditions—agape (Christianity), metta (Buddhism), and prema (Hinduism). Psychologists call it compassionate love, and it looks more like universal friendship that is rooted in compassion instead of desire.

The wisdom of meditation has inspired me to reconsider these perspectives and the truth behind old sayings as they apply to compassionate love.

I think it is like a drug because of the elevated perspective and sense of oneness that develops alongside the practice of compassionate love. Studies show that as compassion grows—so does happiness. It is blind because compassionate love is non-judgmental, and always strives to celebrate and bring out the best in others. The heart grows fonder in all situations, even in separation, because it is non-possessive.

Unripe fruit, though bitter, is not bad fruit. It simply has more maturing to do on the way to achieving complete sweetness. 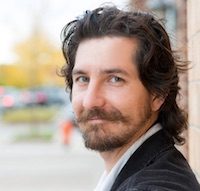