5 Healing Things to do after a Breakup. 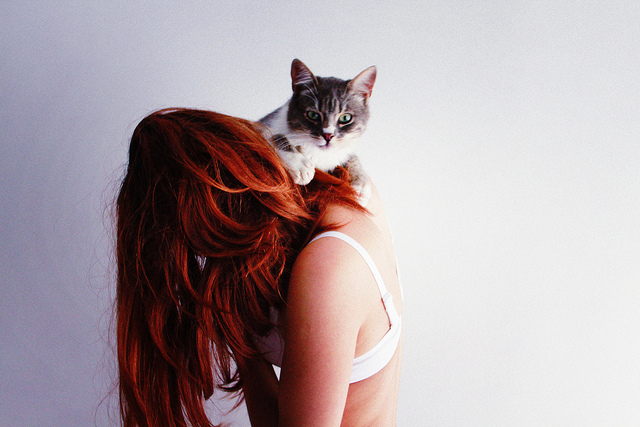 I was recently in one of those relationships that started out wonderfully, moved to shaky ground, began to catch its balance, and then suddenly went down in flames.

If that sounds like every relationship ever—well, yeah—that’s pretty much the whole story. And while I could divulge many a salacious detail, it wouldn’t be all that different than any other relationship ending we’ve heard about. The names and behaviors might differ, but it was still a relationship that I had so much hope for, and it ended.

I’ll be honest and say that I didn’t handle it well. I cried for days, my eyes staying permanently small, red, and puffy with grief. I’ve never fallen apart like that, and I don’t admit to it with a sense of pride. But, I am not ashamed of it either.

I was deeply hurt, and I grieved just as deeply. But it was one of those things that couldn’t be fixed, and I needed to move on. My heart still had all this love, but since it couldn’t go back into the relationship, I had to figure out how to take that broken, love-filled heart and rebuild my life.

First, let me say that moving on has been a matter of trial and error.

I did all of those destructive things that anyone with a brain will tell you not to do. I texted the ex. I wrote him letters. I spent time replaying the relationship. I tried to rationalize working out something that couldn’t be fixed. I got sad. I got angry. I cried a lot. I packed up his remaining belongings carefully and had him pick them up. I kept a sweater I could sleep in. I sometimes wore the sweater. I sometimes wanted to burn it. I missed him. I was glad he was gone. In short, I went through the whole spectrum of emotions on a daily basis, and it was exhausting.

I cleared the energy from my home. This might seem a little woo woo for some readers, but it actually has a scientific basis. I am both spiritual and a skeptic. I believe in all manner of things I can’t prove, but I love a scientific explanation for practices I embrace. Smudging is one that I wholeheartedly embrace because it has spiritual and scientific significance.

Lighting up a bundle of sage and smoking up one’s house has a ritualistic feeling. I symbolically remove the negative energy of that relationship and my grief from the space. But, it also cleans the air. That’s not bullsh*t or mumbo jumbo. That’s science. Seriously, stop now and Google it if you need to. Bay leaves can do the same, but I find they don’t burn as well.

I didn’t go as far as putting salt down at all the entrances, or making a protective circle, but it was tempting. There was a lot of negative energy to clear, and I needed to clear it so I could take some of that love and apply it to forgiveness and healing. So I smudged my home a couple of times a week until I felt like it was effective.

After that, I decided to date and not to date. That’s probably confusing, but I’ll explain. I decided I should probably move on and date eventually, and eventually might as well be now. So I reluctantly made a dating profile and dipped a toe into the water that contained “all the other fish in the sea.” Then I jerked that sucker right back out as I saw all the sharks circling.

Then I thought about a way to move on that would incorporate taking a negative situation and turning it into something positive. My writing has always done that for me. Whenever I’ve suffered, I’ve turned it into art I could send out in the world.

I decided that I would take the couple of items remaining to me from that relationship and do the same. So his old shirt will be made into a prayer flag to send out positive energy into the world, and a mug he gave me is going to be smashed to bits in a cathartic burst of emotion. Then, I’m going to take those smashed pieces and try to make a mosaic with them. I’ll turn something that’s been ruined for me into art, which I can keep and display as a reminder of what I’ve experienced and overcome.

There are so many ways to take something that seems awful and turn it into something of beauty. Sure, we might be more tempted to set the shirt on fire and use the mug for target practice, but what purpose would that serve? I haven’t yet begun these art projects, but I plan to do so immediately.

Another way of dealing with our breakups is to embrace the fact that we might just feel terrible for a while. We might experience the see-sawing emotions of anger and sadness, endlessly tossing us up and down in that nauseating way. But even this can be dealt with using grace and humor.

When we’re angry or stressed, we can sit down to a humorous meditation sure to having us laugh out loud before it’s done. My favorite is F*ck That: An Honest Meditation. Breathe in strength; breathe out bullshit.

We can order a cake from the bakery that says something like “Everything is terrible” and really get into the mood. When we’re sad, we can turn on a weepy movie and blame that. We don’t need to try to avoid the emotions; we need to dive into them. That’s the only way to get to the other side.

A great way of dealing with the end of a relationship is also to get a revenge body. This is seriously a thing, and for good reason. When a relationship is done, many of us find ourselves working out more as a form of stress relief or simply to fill the time that was once consumed by the relationship. But the positive benefit is developing a toned, healthy body that will make the ex sorry that we’re not in their lives.

Of course, that’s human nature to want the satisfaction of revenge, but the true benefit of exercising after a breakup is that it will help us heal. We’ll get healthy, and all those endorphins will help put our minds into a healthy place as well. We’ll reap the benefits of expelling the stress while leading healthier lives. We can do this in so many ways: hiking, swimming, running, lifting weights, yoga, or indoor rock climbing.

Lastly, we can decide that we’re going to move on. We can try to salvage a few good memories from the experience. We can also try to uncover the many lessons that are in them. What did we learn about ourselves? What areas do we need to work on? How will we choose differently in the future? We can decide that this breakup is an opportunity, not a tragedy, and we can move on from that perspective.

The relationship is over. It’s done now, and we need to move on. I hope this can be of benefit to those who have no idea where to start.

The trick is just to begin.