5 Qualities of the truly Modern Person, via Carl Jung. 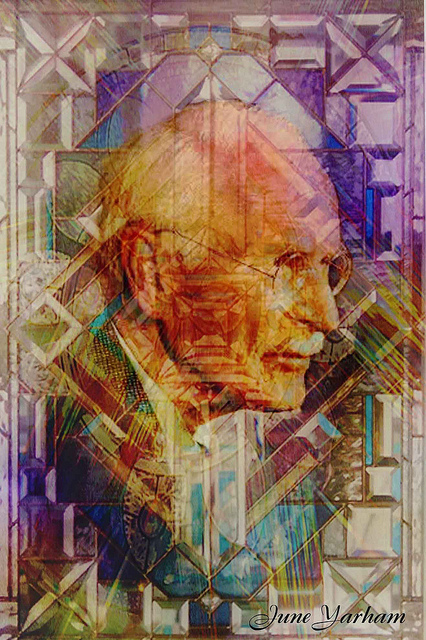 Let’s be honest about the fact that we don’t know what the f*ck is going on right now.

I don’t know what it means that Donald Trump is the president. I don’t know what the implications of the cultural and political divide in the Western world will be. I don’t know what to make of the politically correct college protests, or the strange resurgence of white nationalism with the Alt-Right, or the fact that the internet is on the verge of being monopolized with the repealing of Net Neutrality.

However, I think it is important that we try to make sense of what is happening around us, with brutal honesty and integrity—and this is what it means to really be a “modern person.”

The most influential thinker in my life has been Carl Jung, one of the founders of psychoanalysis who worked closely with Freud in discovering the therapeutic method. He was very much like Freud in his belief that we can help cure psychological disorder by identifying what is happening in the unconscious, the deep parts of ourselves that we have kept hidden away in order to protect our waking minds from the trauma we have experienced.

However, Jung differed from Freud in a few key ways—most notably, his openness to the spiritual realm, his interest in synchronicity, and his belief that we are all connected to the collective unconscious.

Freud was convinced that all psychological disorder was a result of early childhood experience; whereas, Jung believed that some forms of neurosis are more deeply rooted in the collective human struggle, which looks something like an archetypal story or an ancient myth.

In light of that, Jung has this idea of the “modern man,” which he goes into great detail about in his book, Modern Man in Search of a Soul. I think this archetype is key to understanding how we can make sense of the chaos of the modern world and attempt to move our culture in a positive direction.

So, what makes a modern person? Who is the “modern man”? Let’s ask Dr. Jung:

“I must say that the man we call ‘modern,’ the man who is aware of his immediate present, is by no means the average man. He is rather the man who stands upon a peak, or at the edge of the world, the abyss of the future before him, above him the heavens, and below him the whole of mankind with a history that disappears in primeval mists…it must be understood that the mere fact of living in the present does not make a modern man, for in that case, everyone at present alive would be so. He alone is modern man who is fully conscious of the present.” ~ Carl Jung

The modern person is aware that the past is alive, which is to say they understand what human history says about us in the active present. They are also aware of the fact that the future is entirely unknowable, which is to say we can’t possibly see what will actually come next, no matter what we think. The modern person is the link between what we know about the past and what might happen as we move into the future, for they completely embody the present.

In other words, the modern human lives at the cutting edge of reality.

“The man whom we can with justice call ‘modern’ is solitary. Every step he takes toward a fuller consciousness of the present removes him further from the masses of men—from submersion in a common unconsciousness. Every step forward means an act of tearing himself loose from that all-embracing, pristine unconsciousness which claims the bulk of mankind almost entirely. Indeed, he is completely modern only when he has come to the very edge of the world, leaving behind him all that has been discarded and outgrown, and acknowledging that he stands before a void out of which all things may grow.”

Wow. Well, what the hell does that mean, exactly?!

The truly modern person does not live by the traditions of the culture that surrounds them. They understand the culture and know how to conduct themselves within it, but do not fully identify with it.

Most people are asleep a lot of the time. We are on autopilot in our daily lives, and I’m definitely included in that. We have habits, both of mind and of body, that we are constantly engaging in unconsciously. The modern person takes it upon themselves to step outside the realm of unconscious activity and truly awaken themselves to the reality of their own experience.

The modern human lives a life of inner solitude. They acknowledge the value of tradition, honoring the beliefs of the past, but know full well that these traditions will not carry us into the future. The truth is the only thing that can create a better future—the truth of our own experience and the truth of the world around us. The modern person takes it upon themselves to be a cosmic explorer of truth, always searching for reality, both within the workings of their own psyche and through their skillful engagement with the world.

“Only the person who has outgrown the stages of consciousness belonging to the past and has amply fulfilled the duties appointed to them by the world can achieve a full consciousness of the present. To do this, they must be sound and proficient in the best sense—someone who has achieved as much as other people, even a little more. They must be proficient to the highest degree, for unless they can atone by their creative ability for their break with tradition, they are merely disloyal to the past.”

To truly embody what it means to be a modern person, we must be skilled and competent. Otherwise, our attempts to step outside of the box will be driven by ego. The modern individual is part of this world in the deepest sense, so they find ways to use their abilities to contribute to society. We can’t disregard the past unless we understand its usefulness. It is only after we have become proficient human beings, successful doers in the world, that we can begin to step away from cultural norms and traditional structures of society.

The modern person respects the past, lives fully in the present, and moves freely without anticipation into the future. It is this holy trinity that makes us capable of bringing about positive change in the world.

So, Jung’s “modern man” has been an important concept for me to play with. We hear all of the terrible things that are happening our society—and often, it is pretty overwhelming. I don’t want to shy away from the world and find solace in the material thrills of modern-consumer culture or in the contents of my own imagination. I want to be part of this world, doing everything I can in my daily life to be a light in the darkness and help move our world in a good direction.

We are always walking a fine line between order and chaos, and we don’t know when our culture will tip the scale and descend into complete madness, as it has done many times in the past. I think the right answer is to strive to be a modern person, truly aware of ourselves and our relationship with the world around us, and only then can we begin to move toward a more free and righteous society.

I’ll list the characteristics of the modern person to make this as clear as possible:

1. An understanding of the past: traditions, norms, history, and so forth.

2. A sense of the vast and unknowable possibilities of the future.

3. Living in the present moment, both experientially and culturally.

4. Having the ability to be proficient and capable in the world.

5. Looking for the truth in everything—the capacity to see the deep meaning in everyday events.

If we can step into the role of the modern human, then perhaps we can help guide the world into a better future.

The Deeper Meaning of Dreams, According to Carl Jung.