How to Break out of a Self-Perpetuating Funk. 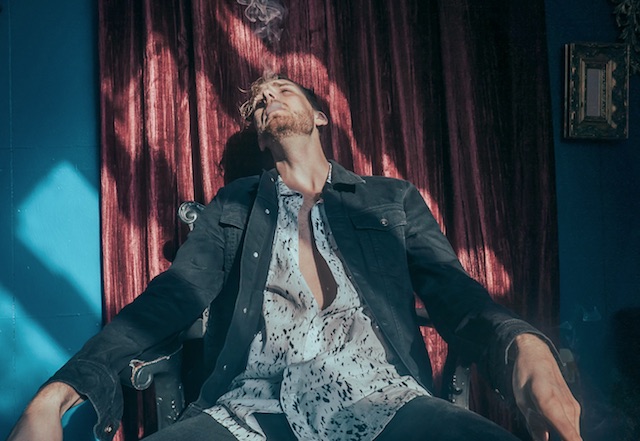 During the Holocaust, a man named Stanislavsky Lech watched as the Nazis stormed into his home, herded up his family, and then one by one, killed them all.

His son, his little girls, and his wife.

He needed to come up with an answer to this seemingly unanswerable question really quickly, because it would not be long before they killed him too. The only reason he was still alive was because he had the unenviable job of loading naked corpses onto a truck each day to be taken out of the camp and dumped into trenches.

It became a mantra and his sole purpose. After days and days of asking the question, his brain finally led him to an answer. It dawned on him to remove every stitch of clothing from his body and pretend to be one of the corpses taken out of the camp. The horrific stench was worse than anything he had ever experienced.

Finally, after many hours, he was loaded—along with dozens of foul, rotting bodies—onto the bed of the truck and taken outside the fence to be dumped into a ditch. Even then, he waited until dark and then ran—completely naked—for 25 miles, until he was free from the Nazis and in safe territory.

This is an extreme example, but I bring it up because if you’ve ever been in a self-perpetuating funk, you know it almost seems as if you are physically stuck inside of it.

One negative circumstance can knock you off of your game and set into motion an unending series of negative events, each one driving you further from escape, until you are almost powerless and unable to see the light at the end of that foul tunnel.

Last month I found myself in such a place. Somewhere along the line, I convinced myself that if I just had this, or if I could just get that, all would be well.

Anyone familiar with mindfulness knows that this is complete bullsh*t. Even as I was in it, I knew how ridiculous I was being. The problem was that I only knew it intellectually. These things exist on a visceral level, so knowing that I was walking down the wrong path was never going to help. The knowing that lives in our heart with roots that extend into our gut—that’s the only knowing that counts.

I woke up one Saturday morning to pick up my little girls at their mom’s house, because that is what is expected of me every weekend. As I walked out to my car, I could only seem to find darkness wherever I turned. I got lost in the thought that five days every week I am expected to work from morning to night, and two days a week I’m expected to drive and parent. It felt like a never-ending loop of expectation with no hope of variation until the day I die.

Later that afternoon, my two-year-old looked up to me as she was eating a bowl of macaroni and cheese, and with her little mouse voice said, “This is yummy, Daddy.”

In that instant, almost as if by magic, the somber veil that I constructed for myself began to lift. The vacuous feeling of “I have to parent,” became: “I get to parent.”

I stayed with that feeling. As I washed the girls’ dirty dishes I began to think about the multitudes of people who pay tens of thousands of dollars for the opportunity I was experiencing.

I dropped them off to their mother some hours later and I took a long walk down the Hudson Valley Rail Trail. This line of thinking—or more accurately, this line of feeling—that began when I was washing dishes, continued as I walked on this unseasonably warm day in February.

I graduated from the realization that I was fortunate to have a good job, an above-average income, and beautiful children—all the way to gratitude for the ability to write, play guitar, sing, and create. This gave way to being thankful for the unlimited food and water I have access to, and for the freedom and luxury of living in a country that isn’t currently  occupied by an enemy.

Like Stanislavsky Lech, the solution did not exist in the impossibility of my circumstances changing, but by the fact that I began to ask a different question. He changed “Why is this happening to me?” to “How am I going to get out of here?” I changed “When are things going to get better?” to “What is great about my life right now?”

And, just like Stanislavsky Lech, I was no longer imprisoned. I was free.