It took a Scolding by a Stranger to Awaken our Mindfulness. 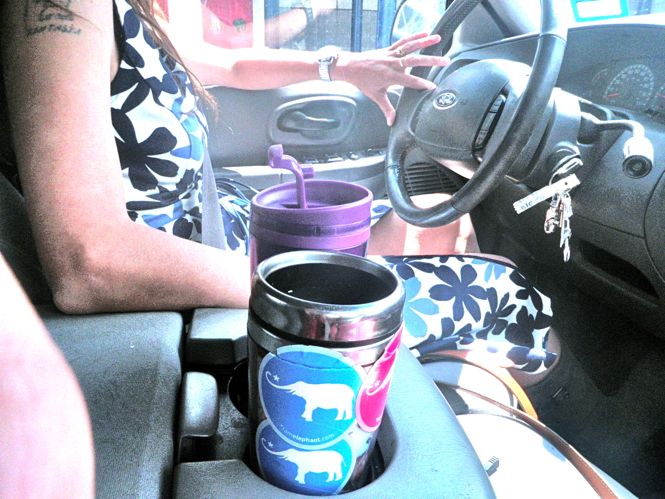 Just as we were about to pull out from the parking spot, the owner—a petite woman in her 40s, stormed out of the small restaurant.

She marched over to our car and rapped on the window.

Still dazed from the endless miles we had put in the rearview, I whispered, “She’s coming to yell at us for not buying anything.” When we lowered the glass, letting the cold air into our nestled space, we weren’t prepared for the jolt of what she was about to say.

More than a week into our cross-country road trip, we had been driving through the cascades for a blur of hours, our two boys held captive in the backseat, their iPad batteries running low. Every now and then, a glimpse of sun pushed through the dense tree-line, spooling light, softening the damp cold that had sunk into our skin. The vibrations from our tires along the pavement had lulled me into a highway daze. I came to long enough to promise my son that we would stop at the first bathroom we could find.

My husband, still bundled in his winter coat, looked exhausted behind the wheel. A first responder in the Las Vegas area—our family road trip came one week after a man shot hundreds of concert goers from his hotel room. Not only was my husband involved in coordinating the response efforts, but it was all too close to home—a hotel that we had stayed at more than a dozen times, only five miles from our old house where our boys had taken their first steps, our friends and family members in attendance.

My husband had been working overtime that night and brought home the kind of stories and grief that made us wonder how we could ever feel safe again. For days, we wrestled with the unanswerable questions of how we could help our friends and family who had suffered losses and were carrying gruesome images no different than war. We ushered in conversations about what little impact we actually have as individuals and the futility of actions that we could take in the face of terror.

As our trip lengthened, we were both hopeful that those answers might become clearer, tucked somewhere in the shoreline waves smashing into the rocks in Florence, or in the dewy calm of the Japanese Gardens in Portland. We had hoped that by the time we made it home, the fog would have lifted and the world wouldn’t feel so overwhelmingly terrible.

When we finally emerged from the tree line, we saw a sign for a quaint family-run restaurant along the side of the road. I rushed my oldest son to the outdoor bathroom and sat at the picnic table listening to a family that looked as though they had just come from church. They were sharing tips about purchasing crafting tools online, while a toddler in a pink onesie explored her surroundings.

I found myself feeling at home in the lightness and familiarity of their conversation, a small-town reminder that life goes on despite fear and grief. I was so relaxed that I didn’t notice my husband and youngest, who had been sick for most of the ride, duck into the restaurant, throw away a handful of trash, then emerge.

When my oldest son was done, we hustled back to the car, grateful for the respite. We were facing at least six more hours of drive-time before our next stop. For many reasons, it never occurred to me that what we had just done could ruin someone’s entire day.

I wanted to sling a thousand reasons to show her that we were not, in fact, those people—the ones who move through this world thoughtlessly, or take advantage of others. I wanted to tell her how my son had been sick, throwing up in the backseat, and the other had food sensitivities that made roadside dining a challenge. But those were hollow excuses. Instead, I nodded. “You are absolutely right. We were thoughtless. I am sorry.”

I was so shocked and out of sorts, having been confronted with the truth of our actions—not our intentions—that in place of respectful silence, I immediately wanted to make the situation better—to right the wrong that we had done, to reverse the terrible way we had made her feel. Instead, I ended up adding insult to the perfect storm of injury we had caused. “Can we offer you a donation?”

“No. Absolutely not. You can pass it on. Next time you stop at a small-town business, remember this.”

We left in silence, awake and ashamed. We had been moving through the terrain thoughtlessly and in doing so, we had completely closed off our connection to empathy. If we had been more mindful, we would have recognized that even the smallest purchase would have been a token of respect to a hard-working small business owner.

My husband fully admitted that he wasn’t sure why he felt it was acceptable to throw our trash away, possibly because all of our other stops had been gas stations. But regardless, what it winnowed down to was impact—and our awareness was asleep at the wheel.

We left that scene carrying a deeper understanding that our actions, no matter how seemingly inconsequential, have ripples and the power to either positively or negatively affect someone’s life. It’s easy to look at this mess of a world and think there is little that we can do to make it a better place, or that our everyday interactions are just a blur in a larger picture. They are not.

I am grateful to the restaurant owner for gathering the courage to speak her truth. She quickly became one of our greatest teachers, waking us into awareness that this world is changed not by sweeping measures, but by incremental interactions. At that particular mile marker, the damage had already been done and was our own doing.

Our task was to move ahead, more awake and aware, to allow that exchange to change how we travel the long road—mindfully. 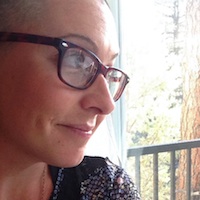