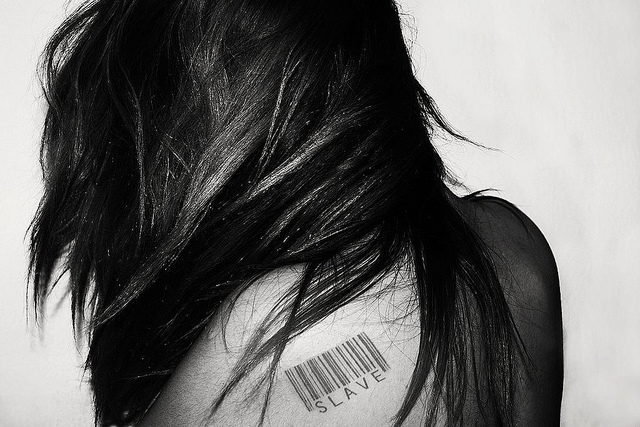 My eyes widen and my blood ran cold. I remember thinking, “Excuse me?” What on earth could this person mean by “it didn’t happen to me?”

It did. I was sitting right there, telling this person what had happened to me just six hours earlier, telling the adult what had happened. But according to that adult, my truth wasn’t the truth. I was a liar—someone would never do that—and that I wanted attention. That was so far from the truth. I was hurt. I was angry. I was absolutely terrified that it would happen again. And it did, less than 10 months later.

That moment of being tossed aside and devalued would start for a decade with a long battle against depression and a never-ending loop of self-doubt.

How was I supposed to trust my own word, if the adults I told were actively choosing not to listen, or believe what I was telling them?

This, sadly, is a common issue with those who suffer various degrees of trauma. “You will never be believed if you tell.” “That can’t happen to you.” “Be a good girl and keep your pretty little mouth shut.” Perpetrators will do anything to try to silence voices that cry for help.

As children, we hear over and over again that if we are in trouble, we have to tell an adult. The adult, in turn, is supposed to help, or at the least, find someone who can. But the harsh reality for many is that life doesn’t work like that. We are supposed to protect our children, but as a society, we seem to have a bigger desire to protect the public image of ourselves, at whatever the cost. We don’t have a real care for who gets hurt—as long as we “look good.”

When our “image” is far more important than someone’s physical safety, we have a problem.

Children should be nourished, they should be protected, and they should be allowed to speak and be given the platform to be heard. But, just like me, many get forced into a silence they never asked for.

When horrific cases become national news, and break into our “quiet little worlds,” much like the Nassar case did, our society gets distraught. “How could someone get away with so much damage?” Parents question themselves. Teachers question themselves. Even friends question themselves. “There should’ve been something I could have done, or I could’ve done more. How did I not see the signs?” There are no easy answers. But one possibility could be that while we are constantly told to “pay attention to the warning signs,” we are, at the same time, conditioned not too.

The signs that appear directly after trauma, are often related to depression, anxiety, PTSD, or other mental health issues that we are taught over and over again to ignore. And yes, while there is a rising awareness of mental health issues and illnesses, as well as growing conversations, there are still many who believe that “suffering in silence” is the “best method,” as seeking professional mental health help is still “taboo.”

Many don’t have the resources to find mental health help, and even if they could, they can’t afford it. So, instead, they are quiet. If they’re lucky to find a small group of people who might be able to relate to them, eventually it “becomes a part of life” which only results in anger and deep inner pain.

Because of this, when someone takes the time to listen, it’s almost earth-shattering.

When Judge Rosemarie Aquilina opened up her courtroom to create and held space for all of the survivors of the Nassar case, she struck a chord with other Sister Survivors, worldwide. We all watched, with bated breath, as she broke society’s judicial norms. She was listening, truly listening. And not only that, but she was offering healing words—words of hope—and lifted every one of them up, in the best way she knew how encouraging them to “go out into the world and do your magnificent things.”

To the worldwide viewers—many wounded in some profound ways—she became an angel. She showed us all that there was an adult who would listen, that there was someone, somewhere, at the top of her judicial system who would let a survivor share their story, and allow them to be heard. To many survivors, that act of kindness meant to the world.

Since the case’s close, she has kept that listening door open. Never once making the trial, the case, or anything about herself, she has elevated voices across Twitter, as more and more open up and share their stories with her on that public platform. This, in turn, has allowed other Sister Survivors to find one another, to create a support system made out of women who understand, and who are in various stages of healing. I know because I’ve found myself to be a part of that tribe.

I was fortunate enough to meet Judge Aquilina earlier this month for a photoshoot. In what I expected to be a “normal” shoot ended up turning into a day of healing. She took the time to get to know me and my story which helped me realize that she does want to help everyone she can—and help them find their healing space.

There was now, someone in my life—who sat in one of the most powerful positions—who not only wanted to hear my story but would believe and even validate it. I wasn’t going to be cast aside, or dismissed, as I had been so many times before. That was monumental for me. For the first time in 10 years, I felt as though I could breathe again; that a massive weight had been lifted from my shoulders.

I sat across from her, her brown eyes watching me intently, as I moved through my life story, sadness, or compassion, sweeping across her face when moved, as she sat and took it all in. How I didn’t burst into a flood of tears right then, I will never know (I did when she left though).

For the first time in an over a decade, I had felt seen.

I know so many won’t get that same opportunity as I did, and I will forever be thankful that that moment occurred in my life. But a lot of heartache and pain can be spared from so many if we just listen to what people tell us.

If someone has been victimized, hurt, attacked, or raped, we shouldn’t discredit them, or cast them aside like they mean nothing. It’s not about public image, it’s about doing the right thing. It’s about creating the space necessary so that we can start the healing journey—to help survivors get back to their lives. It’s about ending the “rape culture” so that women and men can feel safe in the world. It’s about ending the thought process that makes a man, or a woman, think that they are owed someone’s body.

It’s about making sure that those who have been traumatized aren’t re-traumatized because we’re told it “didn’t happen to us.” That’s bullsh*t and it needs to stop.

We need to listen. We should be supportive and do what we can to help.

Being hurt doesn’t make you “trash,” or “dirty,” or “worthless.” It’s a tragic thing that can, eventually, be overcome. We are humans both before and after the event, we should be treated as such. Listening without judgment provides a lot of relief. Being believed and having a space to tell our stories does so much, in terms of healing. It needs to happen more often.

Voices need to be heard.

Bonus: The One Buddhist Red Flag to Look out for 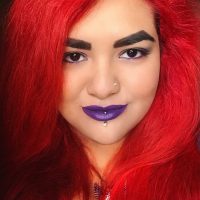