The Most Compelling Reasons to Talk about Death. 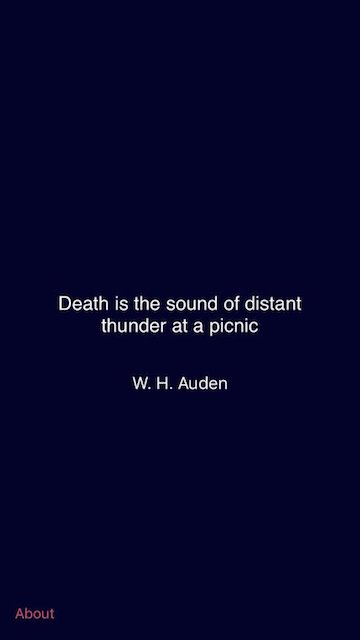 I want to talk about death.

And it seems the secret is out: a lot of us want to.

However, for the most part, death and dying are still a seemingly taboo subject. How do we bring it up? When do we talk about it? On a date? Before the movie starts? At a cocktail party?

It’s difficult to imagine a good time to bring it up. “I’d like a green burial when I die; what have you guys decided? Lovely party, Heather. This triple-cream brie pairs so well with the Pinot!”

Conversations about death and dying instantly elicit hushed tones and a squirmy awkwardness. It’s the thing we can touch on for short bursts but nothing too involved, because, “how morbid!” But I know, firsthand, what’s tougher is waiting to have those crucial conversations when we are already lying on our death bed with only months, days, or hours left to have them.

In 2008, I was diagnosed with cancer along with a dear friend and a close cousin. A bad cosmic coincidence to be sure. My cousin died. And so did my friend. Both left kids behind, and both avoided the subject of death. I asked my cousin if she wanted to record a message for her children to watch in the future, but she just couldn’t bear the idea.

My friend was going to buy and decorate boxes for each of his children with mementos and just couldn’t bring himself to start them. This avoidance is not unusual or wrong, nor does it evolve to a satisfying conclusion within a single conversation. But I wonder if we started this conversation around death and dying earlier in our lives, would it ease the fears and awkwardness around our death or the death of a loved one when the time comes.

I’m not alone in this wondering. This is the cornerstone of the “death positive movement.” Yup, it’s a real thing. There are modern funeral homes popping up around the country offering alternative burial services as well as end of life celebrations in lieu of the traditional stoic Western approach.

One of the philosophies behind the death positive movement is that death is not an emergency. If we need time with the body of our loved one to grieve, we can have that. Taking time to wash, dress, and care for the body is not only low cost, but ritualistic and loving. It can also bring a feeling of pride that you alone cared for them at the end of their life.

There is an app called WeCroak that has been featured in The Atlantic and The New York Times that is based on a Bhutanese folk saying: “To be truly happy we must contemplate death daily to gain more acceptance of it and gain more appreciation for life.” This app sends you quotes, sayings, and thoughts on death and dying five times a day. The common thread in all of this is that talking about something so universal and so inevitable is not morbid but rather shows a very real curiosity about the full human condition. 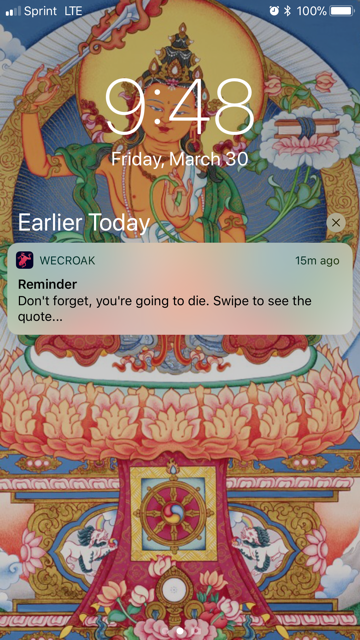 There is real science behind the idea that engaging in small conversations more often about mortality can actually increase our feelings of gratitude and happiness. All the seeking we do to find “happiness” is locked in these inquiries. We believe preserving youth and multiplying our bank account gives us those feelings of happiness when really its acknowledging their fleetingness over the course of our lives that enables us to achieve the happiness we’re chasing to begin with. Does that feel like a relief to you too?

When I had cancer, I realized very quickly that it was not showing up like how the Lifetime television movies portrayed it. How did I learn there was a “way” it was supposed to look? I did not feel instantly more grateful for the time I had. I did not suddenly love those around me more. I did not watch my young children argue and find the joy in just being with them no matter their mood.

Instead, I had gone very deeply within myself. I was quiet; I was thoughtful. I had a lot to reconcile, and quickly, because what if the test results were bad…really bad? So when my oldest decided to hit his brother over the noggin with his sippy cup, I did not laugh it off with a sudden reverence for how fleeting life is. I had less tolerance and felt ashamed when I snapped at them. I thought I was selfish.

Our conversations around death and dying are informed our whole lives by witnessing how those around us have handled death and the process of dying. Most commonly, we are bearing witness to that information with no time to spare—death is already in the room. Or we get informed by the messages the media creates, like a movie showing a couple running down the beach, holding hands, laughing in spite of a terminal diagnosis, pledging their love until the end.

There is no one teaching us a different way. The death positive movement is aiming to change that messaging. Instead of death being something to fear and push away, leading thinkers on the subject say we can approach the end of life with more ease if we back up and live with awareness and gratitude every day. In other words, making death our homie.

I was lucky; my cancer was treatable and my surgery scars are fading, but instead of forgetting it happened, I started asking questions and being watchful. I had felt panic that I hadn’t done all I wanted to do with this one little life. I had felt shame for not being more enlightened or present in the moments after my diagnosis.

So, how do we not panic at the end of our life? Who would have this conversation with me? How do I find more joy and appreciation when times are hard? How do I accept myself as a student of life and keep judgment out? How do I set myself up now so that I am peaceful at the end of my life? And, when I brought those conversations to those around me, (not in a buzzkill kind of way, but in a “Hmm, I wonder” kind of way) it was amazing how many people went “Yeah, I wonder those things too.” That alone made me feel less alone.

I recognized common phrases like, “[So and so] is battling cancer” because not battling meant acceptance and who wants to accept death? Then, there’s hearing or witnessing someone die with an unresolved conversation in their heart. It didn’t take a scholar to realize those conversations were hard no matter what, but excruciating when delayed until your last breaths.

I noticed that all of our fears were keeping us running from death, delaying the inevitable, and preventing us from developing a relationship with it. But then I read some good news: science says getting intimate with your impermanence is literally the key to all of these questions and fears. Want to feel fulfilled, grateful, and fully reconciled with loved ones at the end of your life? Start now. Getting intimate with your mortality is the key to real happiness.

So, I say thank you to cancer for opening my eyes. I’m taking the leap into the death positive movement. I’ve installed the WeCroak app and death pings me five times a day to remind me of how lucky I am to be alive. I like gathering pieces of nature on a hiking trial, and making art from it, then letting the wind or rain or sun have its way with it.

These impermanent art forms remind me that nature is always starting and ending—and so are our lives. I’ve started stumbling through end of life conversation with my children. “Oooohhh mommm stopppp” is usually the response. But I’m forging ahead with the smallest mentioning, and I’ll let it grow as their maturity grows.

I want them to know all the important stuff, like I love being their mother and my life was made complete when they were born. I want them to bury some of my ashes and plant a tree on top of them, letting life endure on that spot. I want to brainstorm a ritual we can agree on now, so in participating in that ritual when I die, my boys will feel our connection. They recoil now, but I will gently keep at it. Bringing death up, letting it through the door, so that it becomes part of our life together not about just a singular event.

Go ahead, I dare you, bring it up. You will be surprised how many people really want to explore the topic with you. It’s hard to be polarized on the subject of death since we all have it in common and there are no wrong answers.

So, I’ll start. Hi, my name is Jill, and I want to talk about death. I’m kinda interested in these new green burials. Have you guys heard of those? Oh, and pass the triple-cream brie please…

“Dead people receive more flowers than the living ones because regret is stronger than gratitude.” ~ Anne Frank 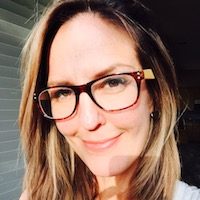