The Surprising Benefits of the Yoga of Yawning. 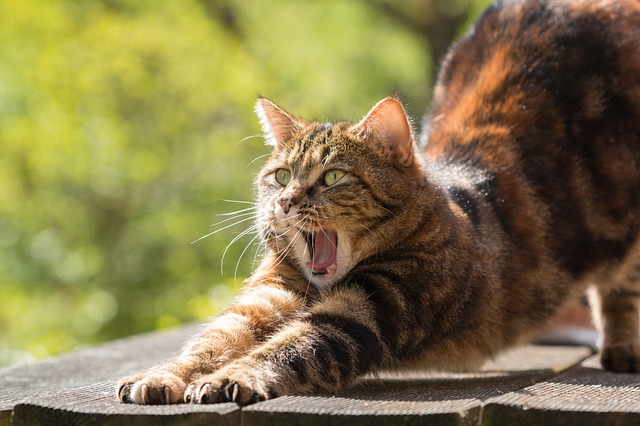 In “civilized” society, we are not taught to yawn openly.

Only we humans, conditioned to be polite, suppress our urge to yawn. Our suppression of a natural, healthy, physical urge is actually detrimental to our health.

Yawning is an ancient and vitally important reflex. Human fetuses begin to yawn and pandiculate (stretching and yawning at the same time) during the 12th week of pregnancy. All vertebrates yawn. Humans, primates, mammals, marsupials, birds, and reptiles all share this behavior.

There is a misconception that yawning implies boredom, disinterest, or tiredness. Yawning helps us transition from wakefulness to sleeping at night, and it also helps us transition from sleeping to wakefulness in the morning. Yawning increases circulation of cerebrospinal fluid and plays a role in arousal. Yawning also helps us relax and reduce our stress levels, which is why Olympic athletes are often seen yawning prior to competition.

I (Charles) began taking yoga classes in Oxford when I was 11. At the end of the practice, during savasana (corpse pose), I went into a state of deep relaxation. When my teacher closed the class with an Aum chant, I started to yawn. Not wanting to be disrespectful, I tried to suppress the urge and when it got away from me, I covered my mouth.

After class, my teacher advised, “Don’t suppress the urge to yawn. Let it out,” and yawned herself. After that, I indulged in yawn after yawn, until my eyes watered, and I felt alert, calm, and happy.

Since then, I’ve become something of a “master yawner.” Charles starts each morning out by yawning in bed and continues yawning throughout the day anytime he feels the urge—in every yoga class he teaches or attends and while falling asleep.

In a workshop he taught at the Texas Yoga Retreat last fall in Austin, I (Michelle) witnessed the humorous way in which Charles can yawn with his entire body—mouth, arms, legs, fingers, and toes! He encouraged all of us in the class to practice yawning and considers it the perfect yogic “complete breath” and an underutilized form of pranayama. (Charles is one of the main organizers of the annual weekend retreat and always offers a few fun, fascinating workshops.)

The scientific community is just beginning to realize how important yawning is to our overall health and well-being. Repetitive yawning increases the beneficial effects. Frequent yawning helps lower the temperature of the brain, which is why some theorize that often those with brain damage or Multiple Sclerosis have reported abnormally high rates of yawning (the theory is that, by lowering the temperature of the brain, yawning helps minimize inflammation and other damaging effects on the nervous system). Frequent yawning releases a cocktail of neurologically beneficial compounds including:

>> Dopamine (which activates oxytocin production in the hypothalamus and hippocampus, the areas of the brain essential for memory recall, voluntary control, and temperature regulation)

No wonder a good yawn feels so amazing!

Yawning is contagious. Imagine a tribe that lives in close proximity and one person yawning in public. Every yawn would trigger more yawns, passing around the community, and coming back to trigger additional yawns in the originator. The entire tribe would experience higher levels of nitric oxide, oxytocin (associated with bonding), and opium-derivate peptides.

Because we live in relative isolation compared to our tribal ancestors, and because when we are out in public, yawning is suppressed and hidden, we are less likely to be triggered by contagious yawning.

The good news is that we can initiate our own yawns, rather than waiting for them to happen. The trick is to fake yawning until a real yawn comes. Usually a few fake yawns will trigger a genuine one. With practice, we can learn to yawn on command, multiple times, ideally until our eyes water and we feel completely alert and centered. Over time, we can improve the quality and increase the frequency of our yawning. Above all, practice the yoga practice of aparagrapha (non-hoarding). Be sure and share your yawns with family, friends, and complete strangers!

Bonus: check out this website with pics of celebrities yawning, including the Dalai Lama! 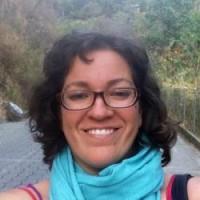