What a simple cup of Peanuts can do for our Planet. 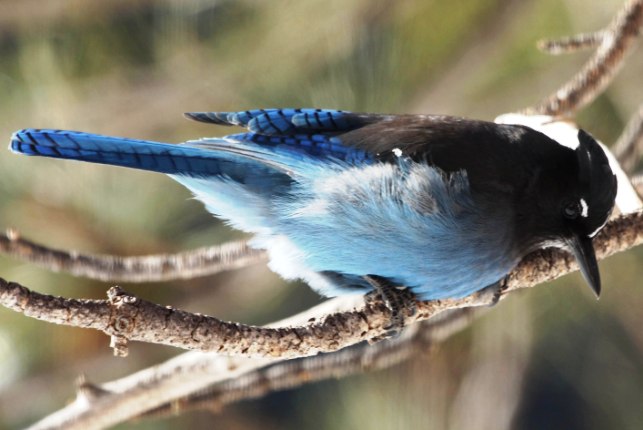 I’m just waking. On the edge between the dream and the waking world. That peaceful, liminal space intrinsic to morning. Cuddled between my husband, puppy, and older dog.

I hear them through the windows of our mountain log home: tweetle-tweet.

Steller’s jays. They’re expecting one of us to get out of bed, scoop up a coffee can full of whole-shelled peanuts, and toss them onto the flagstone steps outside.

It’s been a cold night. February temperatures have dipped to 10 below. The birds are puffed up; they’re sky-blue beautiful. Black feathers crown the tops of their heads, and white-ringed eyes on black faces are cocked in the direction of our bedroom window.

I linger a bit longer and nuzzle with our puppy. She presses her body close to mine.

Sighing, I rise out of bed. Puttering to the closet, I scoop up a can full of peanuts, tossing them outside.

Flocks of Steller’s jays soar across the pasture from the ponderosa and lodgepole pines on the southern end of our valley. They swoop, one by one, down from the pine branches closest to the house, snatch up a peanut, and cock their head to one side before they fly off. Every so often, a gray jay—often known as a Clark’s nutcracker or camp robber (aptly named for the food they steal off of picnic tables at campsites and ski areas)—shows up to snatch his own share.

I call our gray jay “Barney.” So far, it’s been just the one. 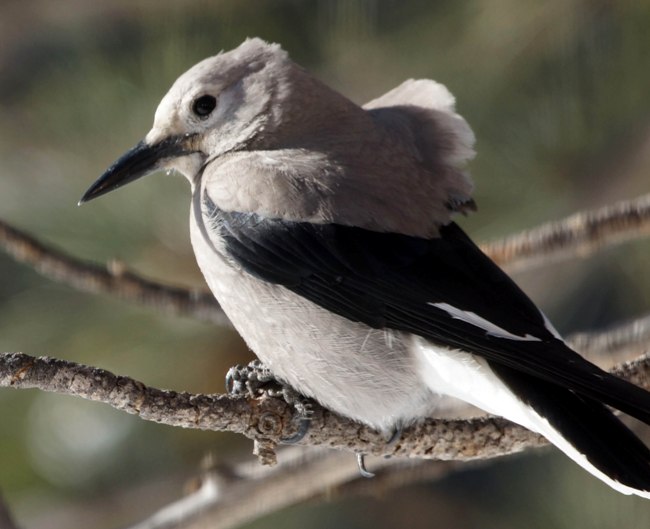 In the course of the day, Steller’s jays dine on suet and a seed mixture of sunflower, thistle, and peanuts. They are joined by pygmy nuthatches clustering on suet cages—six at a time—grabbing mouthfuls in their tiny beaks. Black-capped chickadees hang upside down on pine bark, waiting for the moment the Steller’s jays depart. Somewhere in between their departure and the arrival of Mr. and Mrs. House Finch, white-breasted nuthatches get in there for a beak-full.

Each generation has some by-product of living to address.

My father had World War II and immigration from France after the German invasion. My surrogate grandfather and neighbor had the Great Depression. His wife had the Kansas Dust Bowl days and migration across the Great Plains from Kansas into Colorado. Others had the Vietnam and Korean Wars. We have the wars in the Middle East, September 11, and political turmoil.

And, the environment. Our home planet, the earth on which we all live.

It’s probably the greatest challenge to us all.

We are being asked to think of the body we call Gaia, Planet Earth. To think of her as a living organism containing not just human beings, but all life forms.

I figure it’s a responsibility of my generation to not just cease any destructive behavior by virtue of our existence, but to help others impacted to survive, and even thrive. It’s why I feed the birds on a daily basis. And why I’ve enlisted my animal-loving husband to do so alongside me.

Birds’ habitats are impacted by human activities and the ongoing development of our planet. Populations are devastated from natural disasters—in the September 2013 Colorado floods, hundreds of birds left to freeze in downpours for four days succumbed; and the Cold Springs fire of July 2016 sent hundreds of hummingbirds to our porch feeders for weeks in a row, stacking up like awaiting planes at Denver International Airport. Or more simply, extreme fluctuations in temperature affect their ability to adapt. No one knows how many succumb to 60-degree temperature fluctuations occurring from one day to the next. Our fast-shifting climate is impacting them in ways not yet understood.

Species need daily sustenance. Each species survives on a daily basis. The Steller’s jays we see today may not be here tomorrow.

I had an old Amish friend when I lived in Chicago half a lifetime ago, Mervin Miller. He fed his small flock of golden ring-necked pheasants in a makeshift chicken coop.

“Why do you have these birds, Mervin?” I asked, as we walked out to the coop one Saturday afternoon.

“Well, these are the last that we know of. They nearly all died in an ice storm one evening this past autumn. They were out in a field, and the weather kicked up. They got soaked—too much to fly to safety—and froze. Some had their mouths open upward toward the sky, and they plum drowned. These are the last of them. I hope to breed them, bring them back.”

I think of Mervin when I toss peanuts out for the Steller’s jays. I hope they can feel a little stronger and are inclined to breed and produce more little blue bodies because we are helping them along.

Birds live high-energy lives; they have to expend a lot of energy to survive in their search for food and water. If we can provide a little suet, seed, protein, and a water fountain to help them, I figure we’re strengthening their populations to increase their chances of survival.

Audubon, a national bird protection organization, identifies Steller’s jays as “climate endangered”—they are projected to decline by 2080, long after I’ve left this beautiful planet. But I hope to leave behind a legacy of well-fed birds and their descendants, who fared a little bit better because we tossed out peanuts on our flagstone steps each morning.

Breathing for Wolves: Using Tonglen to Deal with Animal Cruelty. 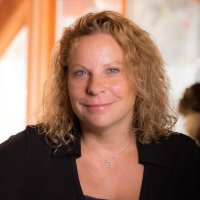