Can we still Love Osho after watching “Wild, Wild Country”? 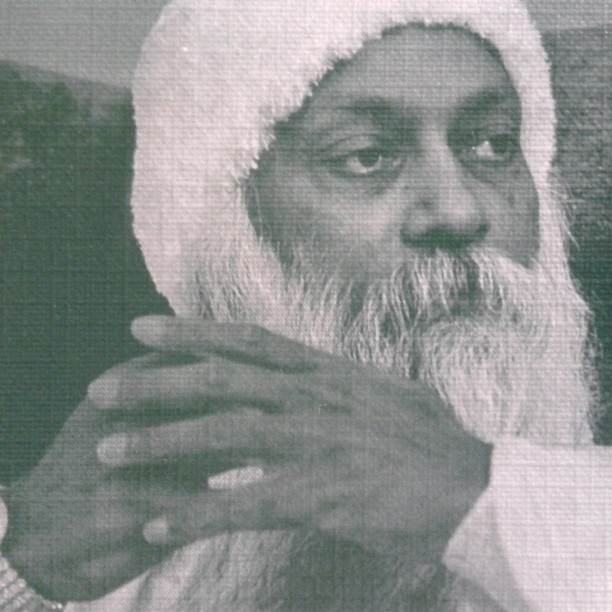 “Why shouldn’t truth be stranger than fiction? Fiction, after all, has to make sense.” ~ Mark Twain

Have you seen “Wild, Wild Country”? I watched the whole documentary series with barely a bathroom break.

“Wild, Wild Country” is an exposé of Bhagwan Shree Rajneesh (Osho) and the commune, Rajneeshpuram, built by his followers in some proximity to the tiny town of Antelope, Oregon.

Say what? I had clearly slept through the ’80s and hadn’t explored Osho’s life enough to know he had lived in America, never mind run into trouble with the law. So not only was I missing a piece of recent American history, but I was also completely oblivious to Osho’s bizarre escapades.

At a time when Osho had taken a vow of silence, Ma Anand Sheela, his private secretary, became the voice his sannyasins heard most convincingly. Sheela, as she was referred to in the documentary, oversaw the building of the commune (originally, Big Muddy Ranch) transforming raw cattle land into a self-sufficient community with a farm, airfield, banks, disco, hotel, and restaurants—even providing its own electrical and water supply.

I think that the magnitude of the project was what shocked me first. I was drawn subsequently into the cultural clash between farmers and their families who, by all accounts, were traditionalists with strict, Christian beliefs and free-thinking, free-loving rajneeshees. There could not have been a greater divide in spiritual beliefs, nor lifestyle.

I began contemplating what role the church should have in the politics of a country, dissecting how this whole fiasco could have been avoided had the commune been less invasive to a very (at first) unsuspecting community. I was literally talking to my television screen, asking Sheela if she was serious. Of all the surprising cast of characters in this series, I found her the most unbelievable.

What can I tell you without revealing too much?

Osho loved Rolls Royces. Many, many of them. I likened him, lovingly, to a magpie, when speaking to my daughters about his attraction to collecting shiny objects. He said some surprising things when interviewed, things I would not expect from a spiritual teacher. Sheela made me cringe at times, and yet, I had an unexpected empathy for her as well as the other sannyasins.

That this developed into America’s largest bio-terror attack in history—that there was reason for rajneeshees to build up a sizable stock of arms and prepare themselves for attack, and that 64,000 acres were home to all-maroon wearing disciples—could not have surprised me more. Still I rejected the comparison between Osho and Jim Jones, the cult leader of Jonestown, or the assumptions that his views toward sexuality were perversely unusual. This was utopia as far as the community was concerned, and there is no doubt that Osho was loved and respected for his freedom of thought.

I’m not much for guru worship. I don’t mistake the guru for the wisdom he channels, or the portal of wisdom for home. To me, Osho was a man who, while frail in body, was a powerful font of intuition into the human condition. He didn’t eschew riches. That made him very human; society expects mystics to renounce the world, something he simply didn’t subscribe to. Osho did it his way.

Of course, because his teachings resonate deeply with me, I watched the series with biased eyes. I wanted to believe that Osho was not complicit in all the things he was accused of. I don’t know the truth of it, and you will form your own opinions when you watch.

After setting aside my cautious interpretation of Osho’s organization, my admiration for his dream of a sustainable community, and my surprise and shock, I am left with this to carry me forward:

“Joy is spiritual. It is different, totally different, from pleasure or happiness. It has nothing to do with the outside, with the other; it is an inner phenomenon.”

“Each person comes into this world with a specific destiny—he has something to fulfill, some message has to be delivered, some work has to be completed. You are not here accidentally—you are here meaningfully. There is a purpose behind you. The whole intends to do something through you.”

“Be realistic: Plan for a miracle.”

“Creativity is the greatest rebellion in existence.”

“Life repeats itself mindlessly—unless you become mindful, it will go on repeating like a wheel.”

“Love is a matter of inner nature, not of relationship. Love has nothing to do with relationship, love is a state of being. It is an inner component of one’s individuality.”

“Love can give a new soul to sex. Then, the sex is transfigured; it becomes beautiful. It is no longer sex, it has something of the beyond in it. It has become a bridge.”

I am still a student of Osho. His passion for meditation, mindfulness, sacred relationships, and philosophy stay relevant, despite his derailed sojourn into “Wild, Wild Country.”