How to Make Peace with Persistent, Negative Thoughts. 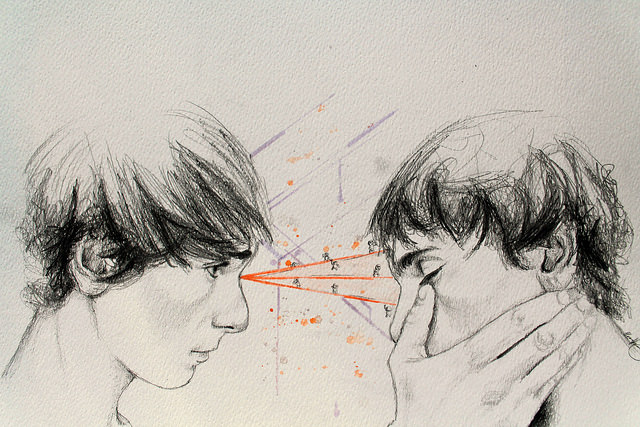 Sometimes I wake up early in the morning, before the sun comes up, and lie in bed lost in thought.

At first, my thoughts are hazy. After all, I did just emerge from hours of sleep. But the more I think, the clearer my thoughts become. Before long, my brain is buzzing along one of several persistent thought patterns.

Actually, I won’t be falling back asleep at all, so I jump out of bed and start my morning.

Intellectually, I know this inner theater is nothing but ephemera. Thoughts are transient flurries of brain activity; they come as easily as they go. And when I see these thoughts with mindfulness—when I notice them with clear awareness— they have no power over me.

But even when I’m mindful, some thought patterns just keep resurfacing. A botched conversation here, a future plan there. You probably have a few of your own that won’t play nice and evaporate in a mindful puff of smoke.

This can be frustrating. Some recurring thought patterns, however mindfully we notice them, simply won’t go away. They keep returning to mock our “un-enlightenment.”

And that’s why I’ve written this article. Sometimes plain old mindfulness isn’t enough, and we need to reach for sharper tools in the mindfulness toolbox.

Let me share three of these tools that I’ve found tremendously useful in my own life:

About a year ago, I underwent the joyful process known as moving. In the weeks leading up, I could literally think of nothing else. Have I disconnected power? Is this the right apartment for me? Will the movers be a gang of skinny teenagers?

The point is, I was neurotic about the move for most of the day. But then I remembered a piece of wisdom I’d heard months ago. The wisdom, in fact, was from the meditation teacher Joseph Goldstein:

“There’s one basic question to ask yourself when you’re reflecting on something: Is it useful?”

I gave it a try. Every time I caught myself thinking about the move, I asked myself, “Is it useful?” Most of the time, the answer was “no, not at all.” Like magic, my mind settled down.

Of course, once in a while something useful does pop into the old noggin. But most of our persistent thoughts, I think, aren’t useful at all.

Are you a visual learner? If so, you’ll probably like this strategy (again compliments of Joseph Goldstein). At the first sign of an especially stubborn thought process—past relationship blues, self-lamentation, that crick in your neck—imagine a yellow “dead-end” sign filling your visual field. Throw it right up there.

When I use “dead-end” enough times with an undesired thought pattern, my brain eventually gets the message. Maybe it’s the strikingness of the yellow image. Maybe it’s an association with the rules of the road. Whatever the reason, it just works.

If picturing a road sign seems silly, I get it. Have a chuckle at my expense. But then have one at yours too. Humor is, in fact, a great way to diffuse persistent thought patterns. But don’t take it from me, an unaccomplished jokester. Listen to “Dilbert” comic creator Scott Adams:

“Humor puts life in perspective and sometimes helps you laugh at even the worst of your problems.”

I like this advice. Making fun of myself is great fun, and a little self-deprecation seriously brightens up my negative thoughts. Everyone, of course, has a unique sense of humor. Maybe you get laughs from bad puns. But it really doesn’t matter if the humor would be disqualified on a first date—go with whatever works. Use the weird stuff you find funny to disarm your negative thoughts. Then watch your mental life go from menacing to amusing.

We’re always thinking all the time. Unfortunately, some of these thoughts persist longer than we’d like. In these cases, when mindfulness isn’t enough, consider “is it useful?”, dead-end, and humor techniques to pacify your mind.

Here’s the thing: we may never uproot persistent thoughts entirely, but we can certainly reach a point where they no longer bother us.

And that, my friend, is what really counts. 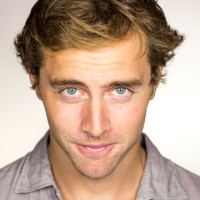