The Surprising Life Lesson carrying a Backpack Taught Me. 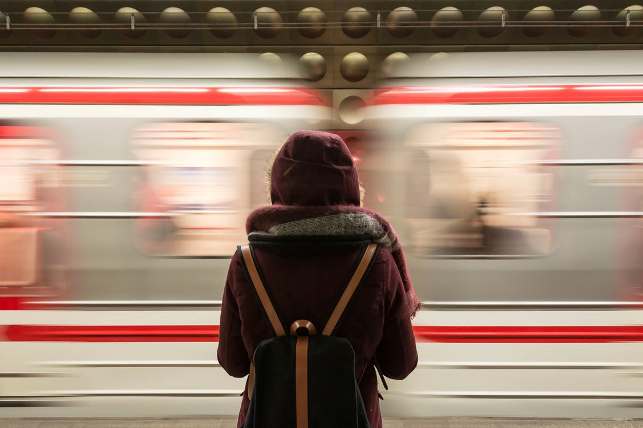 I grew up surrounded by bodies in pain.

Aching hips and backs, blown-out knees, spines that needed fusing before hair had turned grey. Watching my relatives bear the weight of such suffering before they’d reached midlife, I decided at a young age to thwart what I felt was a genetic inevitability.

Yoga became my panacea of choice; a practice that has kept me supple and strong—but alas, not pain-free.

Through cycles of denial and defeated acceptance of my body’s limits, the practice has taught me to respect my pain as a signal of something I’m unaware of. And, each time I get that message from my body, I have a choice to listen, and stop it from turning into suffering, or not.

I had a persistent tight feeling between my shoulders which no number of massages seemed to alleviate. Then, one day in class, my yoga teacher arranged my arms in a varient of gomukhasana, Cow Face Pose —one bent elbow pointing up next to the head, the other pointing down next to the torso, with fingertips moving to touch behind the back.

The variation included a small looped strap around my wrists to make “more space” in this awkward configuration of limbs—ha. It felt like a straightjacket in reverse. She started drawing circles with her elbows that reminded me of my old Spirograph.

This exercise, called shoulder blade flossing, makes space in that sinewy alleyway right behind our heart—the most vulnerable place in our bodies, because we’ll never be able to see it with our own eyes.

And there was the light bulb: could that blindness be why my pain there had turned to suffering?

I flossed and flossed more, closing my eyes to perhaps see better into that dark space and ask it what it wanted me to know.

Literally and metaphorically, our backs are an enormous blind spot. Their ability to hold tension, to steel the cage of ribs surrounding our vital organs, makes them the perfect defense mechanism. But, the low-grade anxiety with which we live our modern lives has given the pinging internet boxes we cling to like appendages the same threat status that prowling predatory beasts used to.

Our backs are tight, our hearts are tight in our age of digital relationships, and between them there’s no space for air. We can’t breathe. We’ve closed ourselves off from love. The pain becomes synonymous with suffering, because while it starts out acute, it nearly immediately radiates from our centers out into our lives—our worlds.

While I performed this butterfly swimming dance in yoga class, I realized why, besides working against my fight-or-flight posture, this exercise is so strange. So much of my life is spent with literal weight on my back: the pack I strap on in the morning, full of all the food, clothes, reading material, and other emergency items I “need” to feel prepared for the day.

As a self-proclaimed “bag queen,” I had transitioned into backpacks a few years after living in New York City when toting overstuffed satchels on one shoulder became too painful. I was especially proud of the backpack I’d acquired most recently for its “look-at-me” unique blue-gray; a color that flirted with being neutral but could be recast as happy, uplifting, and pastel even, or a Scandinavian shade of moody. Its design was equally appealing: squat, and supple enough to hold a day’s worth of necessities but not a mountaineer’s. In other words, just right.

Except, of course, for the fact that nothing is right about “needing” to tote around one’s life on one’s back. Rather than the all-in-one, leave-your-cares-behind-you convenience they aspire to. Backpacks are pretty hard to dig around in to extract your Metro card as the train is approaching the station, the next one 11 minutes behind.

It gives an illusion of composure that’s just that—an illusion, because, after all, you can never see it. The things you think you need inside the backpack are conveniently invisible, until you begin to suffer the effects of carrying them, in the form being late for an appointment because you missed the train. Or a tight, constricted feeling between your shoulder blades.

Awakening to this impulse to carry as a root of suffering recalled an ironic pain on the other side of my chest cavity—in my heart—years prior. The summer before my junior year, my back carried a bag laden with textbooks and college-prep worries that unexpectedly grew to include real worries—the ones that crash on you when death is looming, as my grandfather was wheeled in and out of hospitals and rehabs as a result of a staph infection exacerbated by leukemia.

My devoted mother refused to leave his side for more than 48 hours at a time, so my sister and I became her traveling companions. We were “babysat” by my uncle and aunt by day, which turned into our babysitting our cousins, ages six and three.

The youngest was obsessed with “Dora the Explorer” and the theme song of “Backpack, Backpack”—a summons of the anthropomorphized sack who would help them face whatever hurdles on that episode’s adventure—played on loop in my head all those weeks. It was an ironic soundtrack to the video loop of green exit signs 14, 13, 12 down to 9 on the New Jersey turnpike those long drives home at night, listening to my mother cry while I pretended to sleep in the backseat.

You see, it was not only that my grandfather was so ill (he wouldn’t die that summer, despite all logic to the contrary) that tore me up, or seeing the way it tore up my mother. That kind of suffering felt manageable, even as noble as their place in the Noble Truths implies: it was his house.

Every nook and cranny was filled with decades’ worth of stuff—piles of paperwork, including the alienation documents from his mother’s trip from Germany, taxidermied animal heads that my uncle had hunted on wild expeditions out west, sad-eyed moose and caribou sporting dusty beards and eyelashes, used styrofoam Dunkin’ Donuts cups that “were still good,” the Perler bead magnets my sister and I had designed and melted together with an iron, holding up an array of mass cards on the refrigerator.

These were relics of a time past imbued with a certain kind of death. And now we, the next generations, would have to strap them on and carry them with us until…when? My heart hurt under the weight of it, exposing my back to the truth of or mortal suffering in a way I hadn’t known before.

Standing in the yoga studio, my physiological and emotional recall overpowering me, something started to loosen. The flossing was slowly breaking the cage around my heart and breath, healing the emotional body by way of the physical body.

It spoke clearly now of a simple truth: that clearing the blind spot of suffering is a matter of seeing the extra weight, and deciding not to carry it.

Clear the path to the cessation of suffering and walk along it, knowing you have enough for the journey. The joy of knowing that my present, and not anyone else’s, is all I have to carry. 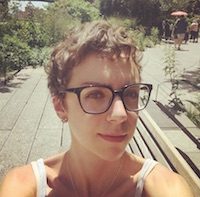