What Elon Musk has to say about Education. 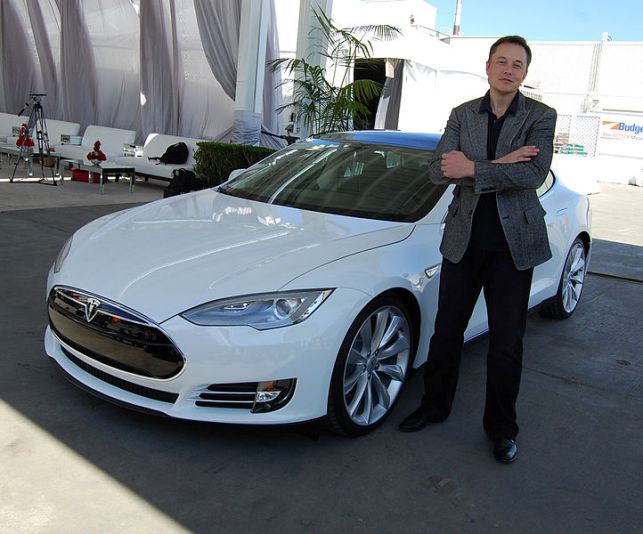 Education is so important because our perception of the world is formed by how we learn about things.

In early childhood, our parents are responsible for providing our fundamental needs. Education is what provides our secondary needs—the ability to engage with the world. How we were taught as children is vital to how we move through life and is responsible for building our social and philosophical foundations. This carries on through high school and college.

I did really well in academia up until about seventh grade, and then I stopped giving a f*ck.

Luckily, I met an amazing philosophy teacher in high school who offered me courses that actually interested me. My junior and senior years were mostly spent working on independent studies, which basically meant I could write what I wanted to and somehow still get credit for it. I did independent studies on school shootings, dreams, and novel writing; and these creative outlets were what ultimately allowed me to graduate.

I think the difficulty comes when we try to organize an education system that works for millions of people at the same time and in the same way, because it’s impossible to have a format that works for everybody. In my not-so-humble  opinion, we need to shift our attention to the education of the individual, finding ways to meet the innate strengths of different people and allowing those strengths to flourish out into society.

This all came back to me when I was listening to an Elon Musk interview recently where he talked about what education was missing. It resonated:

“I created a little school called Ad Astra, which means to the stars. It has 14 kids so far and will have 20 by next fall. What makes it different from most other schools is that there aren’t any grades. There’s no grade 1, grade 2, grade 3, type thing, making all the kids go to the same grade at the same time like an assembly line. Some people love English, some people love math, some people love music, and have different abilities at different times. It makes more sense to cater the education to match their aptitudes and abilities.”

We need a system that allows our different skill sets to rise to the top.

Right now, we are operating under one grand educational paradigm. Get good grades, no matter how little you care about the subject, and then you can go on to be “successful.” I think a large part of the problem is that we have a poorly laid out definition of success, which should be based on finding what we are passionate about, rather than money or status.

I would like to see more pathways of learning made available, more options for students to thrive in whatever way that speaks to them, leading to more passionate career choices. It’s easier said than done, but it is possible.

Take Finland for example, where students are offered more degrees for trade work and technical skills in high school.

If you’re skeptical of how idealistic this seems, let me put it another way: don’t we want to make people as productive as possible? Don’t we want to extract as much value from our youth as we possibly can?

Well, we can’t achieve this unless we present them more options.

Students should want to be in school instead of desperately craving their next vacation. I think this is only possible if the education system tends to individual needs instead of the vague and undefined needs of society which seem to only entail keeping the machine running.

“Another principle is that it’s important to teach problem-solving, or teach to the problem rather than the tools. Let’s say, we’re trying to teach people about how engines work. You could start by teaching all about screwdrivers and wrenches, having courses on screwdrivers and wrenches, and that’s a very difficult way to do it. A much better way would be like ‘here’s the engine, how are we going to take it apart? Well, we need a screwdriver, and a wrench, and so on.’ And then, a very important thing happens, which is that the relevance of the schools becomes apparent.”

We should, according to Musk, teach students about the problems first and then learn about the tools we need to solve them. For example, when I was learning math in school, I literally had no idea what it was for. I did pretty well early on, but as it became more complicated, I just didn’t see the use of the Pythagorean theorem or trigonometric equations. I didn’t understand what any of it meant, because that’s just not how the brain works.

We learn through understanding the nature of the problem first and foremost, and then we are more interested in tools and solutions. If I had understood the role of mathematics in engineering or architecture, maybe I would’ve found it more intriguing and relevant.

Having more interactive and engaging modes of learning means bringing real-world examples into the classroom. Students can recognize the use of something—instead of writing and rewriting empty equations on a chalkboard—giving the learning process more meaning.

We are meaning-oriented creatures. We see a world of tools, rather than a world of objects. If we approach education with a “meaning first” principle, we make it more interesting for both the student and the teacher. The teacher is learning with the students, not using their position of authority to profess to them a slew of “shoulds” and “shouldn’ts.” F*ck that.

Learning is a holy matter. If we truly want to improve the education system, which would in turn improve the world, then we should listen to the likes of Elon Musk.

The highest level of problem-solvers in the world would probably be the people to ask about what we should do about the failures of education—right?!

Let’s take his words seriously and apply these principles to both the education system and our own learning process. Life is always moving, changing, and vibrating, and it requires a constant state of learning in order to keep up with this eternal flux.

Most importantly, stay willing to make the proper changes inside of ourselves to stay in touch with reality. Clearly, modern education would be doing itself a favor to keep this in mind.

This is where our Education System Fails us.

The Difference between Truly Learning & Simply “Being Taught” in Schools.