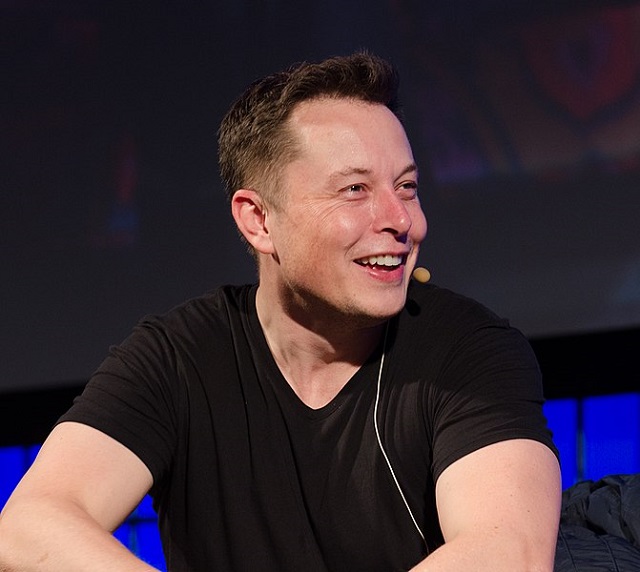 Climate change is a real thing.

We can debate about the extent of our environmental impact, how much of this is part of a “natural cycle,” what reasonable steps we should take to shift our economy toward sustainability, and so on.

However, what we really can’t debate is the overwhelming amount of evidence that would point toward the existence of climate change and its potential implications.

Whether we believe it’s entirely man-made or purely a consequence of natural forces, it doesn’t change the fact that something will eventually need to be done about what we are seeing in the atmosphere (specifically the rate of carbon dioxide, which seems to be higher than it has ever been in like 500,000 years).

I would listen to the scientists on this one—the people actually studying these patterns by profession—instead of getting caught up in the political games being played around the issue of climate change.

It’s silly. We are going to run out of fossil fuels anyway, so whether we “believe” in climate change or not, it is in all of our best interests to move toward more sustainable sources of energy that work more harmoniously with the environment. It’s not about saving Mother Earth, it is about not having our species f*cking die.

There’s nothing that bothers me more than when an environmentalist says something like, “The environment would be better off without us…” Right, well—we’re going to keep the nuclear weapons away from you, buster. It’s just as infuriating when a far-right person denies the existence of climate change altogether, having done absolutely no research other than their nightly Fox News exploits. It’s like, guys…you’re both crazy!

I think what we need is to unite under the flag of reason, inviting any and all attempts to move toward a more sustainable and environmentally friendly future without doing too much unnecessary damage to already existing industry and without diminishing the substructure of our entire civilization. Agreed? Agreed!

I heard Elon Musk give his take on climate change in an interview from a few years back that really summed up how I feel about it.

“When someone is a skeptic of climate change, what they are really saying is that they’re not sure that it’s 100 percent certain. But that’s not the point. The point is, what do you think the percentage chance is of climate change being catastrophic for some meaningful portion of the earth’s population. Is it greater than one percent? Is it even one percent? If it is even one percent, why are we running this experiment? We’re playing Russian roulette with the atmosphere, and as each year goes by, we are putting more rounds in the chamber…it’s not wise.”

We should allocate resources toward environmental sustainability for the sake of our children and our children’s children. I really think that the political polarization we are seeing today, particularly in this country, makes it incredibly difficult to have honest conversations about the real issues. We can’t come up with tenable solutions if we don’t have enough conversations.

You might say, “Well, it’s only big business preventing political movements toward environmentalism and sustainability, so why even have conversations about it?” However, a huge percentage of the population is skeptical of climate change—they’re tired of politicians telling them what to believe in; and who can blame them? It’s up to people who understand climate change to engage in public discourse and get everyone to see that we’re on the same side.

As far as big business being the root of this, tell that to Elon Musk or Boyan Slat, the young man who built a machine that can wipe away all of the plastic waste from the ocean. Some big businesses are definitely attempting to prevent efforts toward reducing the effect of climate change, but they’re dying anyway because their resources will run out!

“We know we have to get to a sustainable means of transportation, no matter what. So why even run the experiment? It’s the world’s dumbest experiment.”

Indeed. We are running a dangerous experiment, and I highly suggest we listen to someone like Elon Musk if we want to optimize our chances of coming out on top.

Whether we value the innate beauty of the natural environment and don’t want to see it destroyed by big industry, or whether we want the human species to go on thriving and expanding, we are actually taking the same stance on climate change. Let’s stop fighting amongst ourselves and start to build a better world.

I don’t care if you “don’t believe in Climate Change.” I do care about this.