Why I haven’t Told You that I Love You. 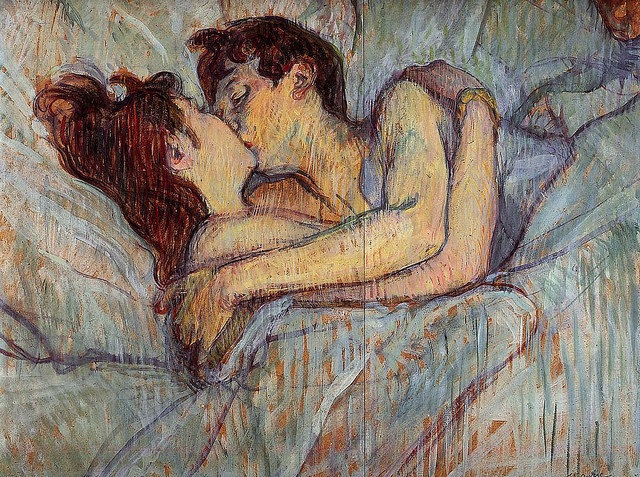 This weekend as I am closing in on my 48th birthday, I am beginning to take stock of certain aspects of my personality that I’d like to change.

I have always been guided by mercurial emotions. As a matter of fact, the words “I love you” came as easily—and usually at the same time—as the first orgasm.

The most glaring problem with that—and there are many—was how fast those feelings would fade. Three days to fall completely in love…and three weeks until I began to look for an escape hatch.

This may seem wholly irresponsible and just plain stupid, but I was able to justify these behaviors in a way that made them seem palatable to me and sometimes even to my unintended “victims.” I went with the reasoning that I was a hedonist and love was the only description that matched what I felt in that afterglow moment—so why not share those feelings? I’d also have equally compelling reasons for why I was ready to split by the following month.

These thoughts would come in insidiously and they seemed authentic—as if I were making honest appraisals of why things weren’t going to work between her and I after all.

In an almost subconscious way, I was able to make it all seem tolerable to myself with the justification that these hurdles and objections were things that were initially hidden and just made themselves known when enough time went by. Anything from “we’re just not intellectually compatible,” to “she’s too sexually inhibited” would suffice, really. In retrospect, I’m almost certain that I simply scared the hell out of myself with how quickly I rushed everything.

At this age, it certainly feels like there needs to be a time period between the first few awkward dates and that strange point where both people start professing love for one another. I’m not entirely certain why that point where you enjoy someone’s company and appreciate the sex seems drenched in this scent we refer to as “limbo,” but there are pressures in our society that make it seem that way.

That whole “sh*t or get off the pot” mentality can get daunting. With my vast experience in the world of dating—and at my age, my experience is vast if nothing else—telling anyone you love them before knowing of their existence for at least six months is irresponsible.

The darker side to all of this is that semantics are the least of the problems when two people become emotionally and physically involved. There is that hope that if you don’t say the word “love” and you decide after three months that it’s not working for you, it’s going to be less disastrous. Break-ups, no matter what verbiage one uses or avoids, are always painful and fraught with loathsome feelings.

The relationship I was involved in over the Christmas holiday was a great example.

Me and my lover had known each other for over a decade; we had been friends who really did love and support each other in good times and bad and even when that came to its inevitable conclusion, I felt miserable. It was months before I reached out to her to be friends again. There is just no way to avoid the pain associated with failed trysts. I almost believe that all this emotional junk is there as ballast—an equal and opposing force to balance all the great feelings that come with infatuation and sex.

All of that aside, I guess I have reached a point where I am trying to be a little different every day. The fact that men like me are usually blogged about as “narcissists” is not lost on me. However, like many things that we see written on the internet, it’s too easy to just label something with a two-dimensional name and be done with it.

People, in general, are a little more complicated than this. Speak to any man and woman after a break-up and the story is always the same: he was a jerk and she was crazy. For the college-educated set, this becomes “he was a narcissist” and “she was an empath,” but the idea is still the same.

In reality, when you take a step back, you’ll likely realize that no one can be accurately described as a this or a that. We are people. Messy, complicated, selfish, beautiful, creative people. And I guess not saying “I love you” at this point is my way of trying to be a little less messy than usual.