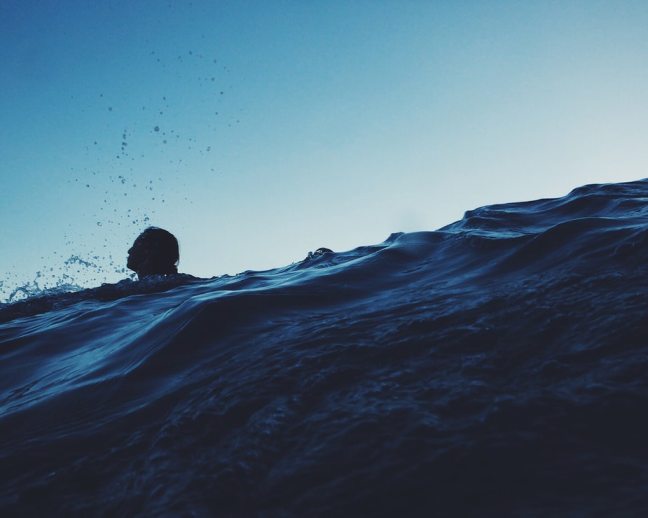 They say it comes in waves, the grief.

But I never knew how big the waves—of hurt and healing—could be.

And, honestly, I should have known better. I grew up at the beach and I know all about waves. I taught swim lessons and was a lifeguard, and I got my boating license at the age of 12…because that was what we did in my elementary school, in small Jersey Shore towns like mine—ones that existed before MTV invaded the boardwalk.

And the waves, of course, existed way before my small Jersey Shore town.

But, again, I should have known more about the waves.

I lived a block from the ocean in the Rockaway Beach neighborhood of New York City during Hurricane Sandy. The ocean and the bay crept over the dunes and streets and cars, and came together in my home. The waves destroyed the entire town, to the point that the National Guard was there to keep some kind of order.

My son was five weeks old, and everything he owned was washed away. And believe me, babies—especially firstborn baby boys—have a lot of stuff. You have never seen consumer culture until you go to a baby shower and get introduced to the wraps, warmers, bumpers, blankets, diapers, and their genies.

And in a wave, a big enough wave, it can all be destroyed.

Talk about the yoga of non-attachment. High tide. Low tide. Breathe in. Breathe out. Ebb. Flow.

I have been riding these waves of grief for about two and a half years now. I am a grief surfer. In late August, it will be three years since the passing of my second son, Jack. Late August is hurricane season in the Atlantic Ocean, and for all those small beach towns that polka dot the coastline. Think big storms, and bigger waves.

It’s hurricane season for me, too. Big waves. Too big for me to ride.

So I prepare for that season now. I know the hurricane of feelings that is coming. And I know it will pass, because it always does.

But I got knocked over by a wave yesterday. I mean, “knocked over” is putting it kindly. I wiped out, got pushed down, legs pulled out from under me, saltwater burned my eyes, and I struggled for air. I was not prepared for this wave.

Standing in the waves of grief, as I have for the past few years, I thought I knew their ebb and flow. The way the water feels as it rushes past my ankles. I learned how to stand strong, but with a little bend in my knee so I wouldn’t lose my balance in the breakers. I am familiar with the uneven footing of the sand under my feet, and as the tide goes in and out, I adjust my balance. I have gotten good at it.

I know the rip currents, or riptides. Whatever you like to call them. Locals know how to spot them in the ocean, but overconfident vacationers and expert swimmers have both been known to get stuck in them.

If you get stuck in a riptide, your instinct is to thrash wildly, and try to get away from its pull. The power of the ocean’s arms pulling you under is frightening, and it drags you out further and further.

You will exhaust yourself fighting against it, though.

The proper way to get out of it is to let it pull you, and then swim parallel to shore until you are out of its grasp. Then, you can swim back in. Swim back to shore. Swim home.

I don’t fight the riptide anymore. I let it pull me into my depression and anxiety. I don’t waste my energy kicking my legs. I float in the riptide, until it is done with me. I know its power, and I follow the rules. I know that you can’t fight depression, and you cannot muscle your way through anxiety. You have to let yourself feel it. And I do. And then it passes. And then I swim parallel to shore.

I swim home to myself.

I am a mermaid who can breathe underwater, so there is no way I will drown.

But that wave yesterday, I was not prepared for it. I know the protocol for a riptide, but not that unexpected wave. The lump in my throat. The burn in my green eyes. The sick to my stomach sadness. The powerless feeling of being knocked off your feet.

And then it passed.

The good thing is, it always passes.

That’s something that we grief-surfers know. That’s why those of us—who know the pain of loss—can keep on going. Because we know it passes. We know the feeling won’t last forever, pulling us under and suffocating us. Grief-surfers know that there is always a sunnier tomorrow, but you have to keep on standing on the beach to see the next day. There is hopelessness, sure. But there is so much power when your head makes it back above water, and you take that sweet victorious breath.

Breathe in. Breathe out.

It comes in waves. 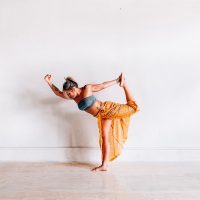 Logan Kinney is a yoga teacher, stand up paddle board yoga teacher, massage therapist, and mama. She teaches locally, at yoga retreats, or can bring yoga and massage to the sp… Read full bio