You Don’t have to Apologize for Being Yourself. 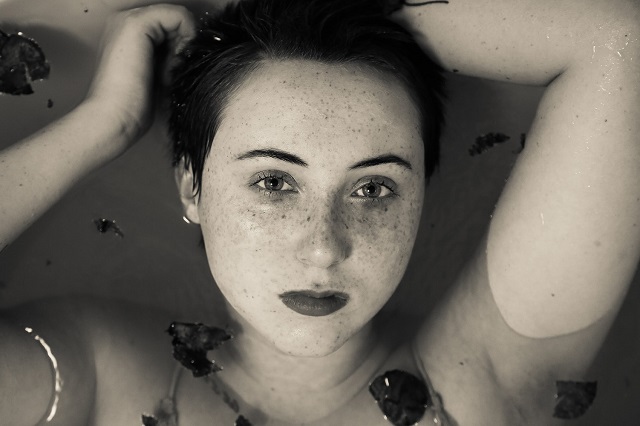 You don’t typically expect to witness someone losing her life while you’re out for a birthday celebration.

But, that’s exactly what happened to me the other night—and the lesson I learned is an important one for all of us.

I was at a lovely inn on the coast of Maine. It was a beautiful evening; the food was delicious and all felt right with the world when I started to notice a slight commotion coming from another table. A woman was slumped over, and her tablemates were hovering over her.

The voices of her companions started to get louder and more concerned, and then I noticed the hostess calling 911.

No one else seemed to be offering assistance, so I went over to see if I could be helpful. The woman was ashen and unconscious. It didn’t look good. The group turned out to be three generations of women out celebrating Mother’s Day; a mother, daughter, and grandmother. It was the mother who was in trouble.

Her daughter started screaming, “She’s not breathing!” I checked for a pulse and she didn’t have one. We needed to get her lying flat so I could start CPR.

I was just getting ready to start CPR when something felt different. I had a palpable sense that life had returned to her body. Sure enough, her eyes opened once and slowly closed. A few seconds later they opened again.

This time she seemed fully alive, all at once! Her eyes locked on mine—they were bright, fully present, filled with life force, fearless. I had a flashback to something that had happened to me 24 hours earlier.

A large red-tailed hawk had sailed down from the sky and landed on the ground about six feet in front of me. The magnificent creature just sat there, eyes locked on mine, and the intensity of the life force coming out of her eyes took my breath away.

It was something fierce and raw, strong and pure, no nonsense, no drama. This was a being who knew who she was. We just sat there for a few seconds, eyes interlocked—and then, as quickly as she came, she flew off into the sky and was gone.

The exact same fierce intensity was now radiating from the eyes of the newly conscious woman. What was this force that inhabited all of us? I watched and felt as the life force redistributed itself throughout her body.

After a few seconds, her eyes shifted. They seemed more “normal” and subdued—confused even. She felt smaller somehow.

What do you think the first thing she said was?

Maybe she exclaimed how great it was to be alive? How happy she was to be back with her family, or how much she loved her daughter? No. The first thing this woman did was to apologize for making a scene.

She was more concerned with inconveniencing someone else than with the fact that she had almost died.

Now, I’m all for altruism and being concerned about others, but this was something else entirely. And I am not criticizing her, because we all do this! We are taught to do this.

The extent to which we play small was illustrated so vividly in this life-and-death encounter.

Maybe you can easily recall some of the same messages I can:

>> Don’t be too loud; you don’t want to be the center of attention.

After enough decades of this cultural messaging, without a guide like the hawk to teach us another way, it comes to this. We would literally rather die than step into our full power and risk making a scene.

Sadly, many of us are doing exactly this: dying a slow death at a job we don’t like, stuffing down our truth, trying to bury it under layers of food, alcohol, stuff we don’t need, or the endless distractions of the modern world.

It’s as if we all have this superpower within us, idling like an engine, waiting for permission to be unleashed and show us what we’re capable of.

But in many of us, the power is kept idling for a lifetime, never to be fully unleashed into the world.

The lost potential of all this collective idling is unfathomable. If we all unleashed and unfurled into who we really are, everything would shift and change around us.

What are we waiting for? When will the time be right? There will never be a better time than right now.

The world we see around us is a result of our collective power loss.

Stepping into our truth and power is something that can be achieved through conscious effort and practice. Over time, we can learn to see through the illusion and shed the layers that are no longer serving us.

Our allies like the hawk are here to help us, if we’re willing to honor them and get quiet enough to listen.

Let’s do this. No apologies, no excuses. I’m cheering you on.

Sorry, Not Sorry: How to Stop Apologizing for Being You.

Timidly, She Steps into her Power. 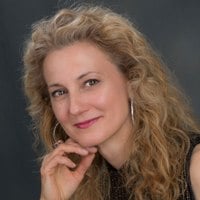