Mars is Clearly Visible from Earth Now & This is How to See It. 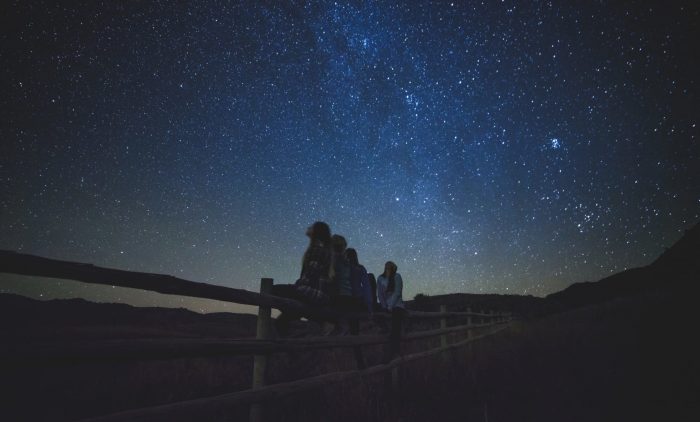 The majority of the world currently has the opportunity to witness an incredible celestial phenomenon.

Mars and Earth are nearing their closest positioning in the last 15 years, and Mars is now clearly visible to the naked eye for much of the night, reaching its highest point around midnight.

Mars, the second smallest planet in the solar system, is outshining all celestial bodies in the sky, except the sun, moon, and Venus. It will retain its place as the fourth brightest object from July 7th to September 7th.

Although we will be able to see this impressive sight throughout this period, Mars will appear at its brightest between July 21st and August 6th.

Mars and Earth both orbit the sun, but travel at different speeds and distances. Our planet takes one year to travel around the sun as it is closer to it, whereas Mars takes approximately two years.

The distance between these planets varies considerably, and every 26 months they go from being at conjunction (their furthest points to one another), to being at opposition (their closest points) to each other. This means that Mars, Earth, and the sun form a straight line as Earth passes between Mars and the sun, so Mars and the sun are on opposite sides of Earth.

When Mars is in opposition to Earth, known as a perihelic opposition, the planet is one of the brightest objects in the sky, and is clear to see without the need for specialist equipment. The closest approach, and when Mars will appear at its brightest, will occur on July 31st, at 3:50am EDT. However, the opposition actually occurs on July 27th.

What makes the opposition even more spectacular is that it takes place on the same evening as the full moon total eclipse. Therefore, it makes for a magnificent date for astronomers and those who wish to spend an evening outdoors and capture images of this memorable night.

It is the only occasion throughout both the 20th and 21st centuries that a total lunar eclipse has taken place on a Mars opposition day.

Mars, at 6,790 km in diameter is approximately half the size of Earth, at 12,750 km in diameter. The reason it will appear so bright is not due to its size, but due to its proximity to Earth, which is decreasing by half a million miles per day.

The Red Planet is also approximately 75 times smaller than the moon, so it won’t be difficult to identify, even when it is at its closest approach.

The reason for the change in distance between the two is that their orbits are elliptical, and gravitational pulls also alter orbits. In particular, the giant planet Jupiter influences Mars’ orbit. If Mars and Earth orbited in exact circular motions they would reach their closest point, known as a “perigee,” to one another every time they were in opposition.

The last time Mars and Earth were in their closest proximity to one another was on August 28th, 2003, when they were an estimated 55,758,118km apart.

During our lifetimes, the next closest approach will be on August 14th, 2050, and for those of us who will still be around there will be another on September 1st, 2082. The average distance between Mars and Earth is usually around 225 million km, so during this period it is approximately five times brighter than normal.

How to view Mars:

Mars has been visible to the naked eye since the middle of June, and throughout this month the planet has been rising earlier each evening. From Earth’s view it will be placed to the north of the Antares star in Scorpio. Mars rises in the east-southeast horizon at the end of evening twilight, sitting to the lower left of the moon, and at first it appears to travel eastward.

However, what makes tracking Mars a little more fascinating is that it turned retrograde at the end of June, so will seem to travel in one direction before taking a u-turn, passing back past the same stars, and then going direct again.

This entire retrograde motion started on June 26th and takes place over 11 weeks. This means that Mars appears to slow down to almost stationary, at first moving slightly southward, and by early July it travels westward. Then, by July 12th, the planet appears as though it is travelling in reverse direction (due to retrograde motion). By the end of July it will be moving south-westward.

At opposition to Earth, the Red Planet, Mars, rises at around the same time as the sun sets in the west, and will be prominent throughout the evening until it sets at sunrise.

All planets reflect the light of the sun differently, and as Mars has a reddish glow, it is known as the Red Planet—and will be far easier to see from rural areas than in the city due to the amount of light pollution.

If we are blessed with clear skies, we will be able to see Mars clearly without equipment, although binoculars or a telescope will help considerably if we would prefer to observe it’s brilliant red tones, surface texture, and brightness.

Click here to see Mars’ elliptical path against the background of the stars and details of its exact apparition or track any object’s orbit.

You can also see Mars’ rising and setting times here.