What a 1,000-Pound Animal can teach us about “Having Control.” 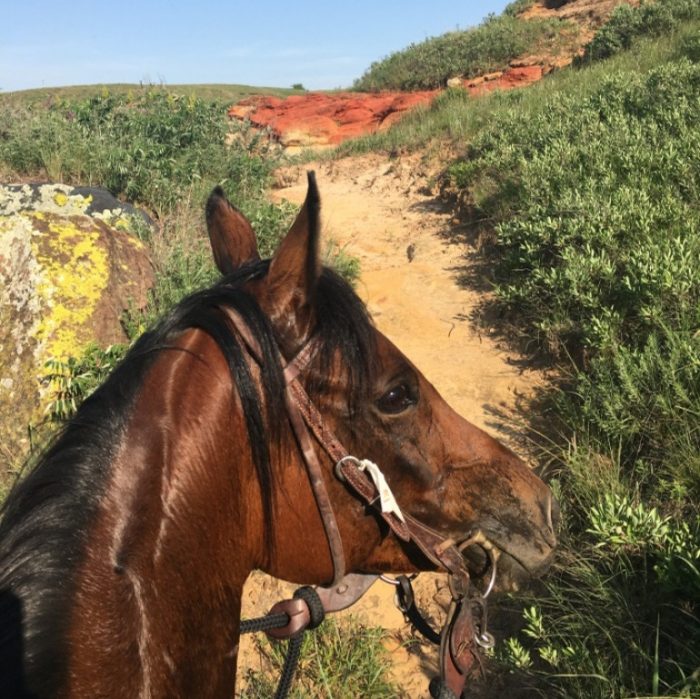 “Damnit, my leg is broken,” I thought as I felt the crash of the saddle on my thigh and lower leg as we hit the ground.

The points of contact didn’t really hurt as they happened, but they had a certain “pow” sensation to them.

I pulled my foot out of the stirrup as River scrambled to get back up off of the ground—my other foot had popped out with the impact of the fall.

The young horse took off through the open gate and onto the desolate road. I lay there, trying to shake the stun off. Then, with my senses collected once more, I looked at my right leg. It appeared to be in one piece as far as I could tell. “Let’s see how this goes,” I said out loud for no one to hear.

The ride had been going great up until that point; River had a couple of little spooks at noises in the bushes, but listened to me when I had him look at the source of the sounds and move his feet. This last spook caught us both off guard and as I tried to gain control, I accidentally pulled him off-balance.

Horses, my stress-reliever of choice, are prey animals.

These 1,000-pound animals function on the premise that flight and then fight are the way to survive predatorial attacks—spooking, bolting, and bucking are their instinctual answers to anything that is out of the ordinary for them.

Learning to communicate with horses and prove to them you are a leader that they can look to for guidance in a scary situation is part of the process to make them a safer partner and avoid those maneuvers. Truly, acceptance of risk is necessary before embarking on any path with a horse, but when you can build that relationship with them, the reward is infinitely wonderful.

As I stood up, nothing flopped. I was able to put weight on my leg and hobble around. I limped over to the road where River had run and found him wildly running back and forth. He was scared. I called to him and he came back, running circles around me as if looking to me for guidance. I leaned forward and inspected the hip he’d landed on. He turned and faced me, and I gently grabbed his reins.

“Let’s go home.” We trudged (I hobbled) the half mile back to my place.

Despite my love and passion for these animals, not every moment has been positive. Fortunately, this time, I only received a muscle tear and some really great bruises—as a healthcare professional, I have a sick fascination with bad bruises. Not long after that, I was working with another horse and had another unplanned encounter with the ground.

These scenarios are not the usual case for my riding—but they were enough to disrupt my normal state of confidence around these majestic creatures.

I had to do something to change it up. My confidence was low—and the very activity I thrived on was bringing me down.

So, this past weekend, I decided to take my horses on a trail and camping adventure at Kanopolis State Park to get some rest and relaxation and to face my fears. Kanopolis lies in the midst of the Smoky Hills and has a man-made lake sourced by the Smoky River in central Kansas. The terrain is completely unexpected for Kansas’s reputation of being flat—rather, the park has lots of rolling hills, sandstone canyons, and vistas that help transport you to times past where man had not touched the land.

I met some other endurance riding girlfriends there to ride with, and over the weekend we put in about 49 miles of riding. I had planned on going by myself, but Cynthia texted and said they were planning to travel to Kanopolis that weekend too. We ended up with a small band of horsewomen—one of my favorite mobile communities.

Saturday morning, I was leading the pack with my mare Rio and we scared a large buck up out of the tall prairie grass. I was eating a snack and was completely oblivious to the deer, but not oblivious to my horse surging forward to escape from her fear.

I stayed loose and relaxed until I could communicate a stop to her—it happened so fast that I did not have time to tense up! In this moment, I had an epiphany about the accident that threatened my leg. Had I relaxed and ridden River’s spook out a little bit, he may never have fallen over on me. In the moment of the storm, relax and ride it out. You can handle it.

Saturday evening, I took River out on the trail. It was the first time I’d had him out on the trail since our incident. Cynthia led our pack with her mule. “Do you mind walking to start with?” I asked tersely, gripping tightly at the reins to maintain some sense of control. I had only ridden him in an arena since he landed on my leg.

The arena is a much more controlled environment than the trail—on the trail, you can encounter any number of scary creatures: kids with giant backpacks, mystery objects, and things you can’t even see that your horse will spook at. I started out feeling nervous while riding him, half expecting a quick jump to the side or a bolt.

But, River did great. He did have a couple of alternative movements out on the trail, but I sat through them just fine. I started to relax and give him more rein. We made it back to camp with an eight-mile ride under our belts and a surge in my trust for this boy. Sometimes, the things you’re afraid of most are the things you need to do to overcome that fear and grow. Sometimes, you need to let go of the illusion of “control.”

Sunday afternoon our little group trekked out for our final journey through the park for the weekend. We were within two miles of camp and one of my friends called out to me to “show us that quick Arabian trot to home!”

I pointed Rio down the trail and put the thought in my head “home.” Rio galloped forward for me for a few strides and then settled into her biggest trot.

We had already done 16 miles and she should have been a little tired. She was not. She was like a freight train—as she powered forward, I relaxed my frame, centered myself over her, and breathed. I opened my eyes to my surroundings, connected my head to the sky, and relaxed my legs as though they could touch the earth. I felt the wind blowing into our faces, the sun warming our skin, and the two of us moved together in unison. No thoughts crossed my mind, we were just there.

We could have been one being, a centaur rolling along the Kansas prairie. Breathe deeply, empty your mind of the noise, and live in the moment. Connect with the moment.

The beings I love the most can sometimes cause me the most pain too. In some ways, life can be like this as well—relationships, goals—we don’t always experience relationships without pain and arguments; we don’t always reach our goals on the timeline we set in our heads, or in the manner that we foresee ourselves reaching them.

Perhaps we can use those times of pain for healing, for growth. Perhaps we can put ourselves right back in that scenario where our mistakes came from and from our situations that don’t go as we want them to.

Maybe when we fall, we need to get right back up on that horse. 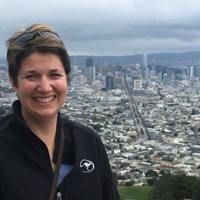