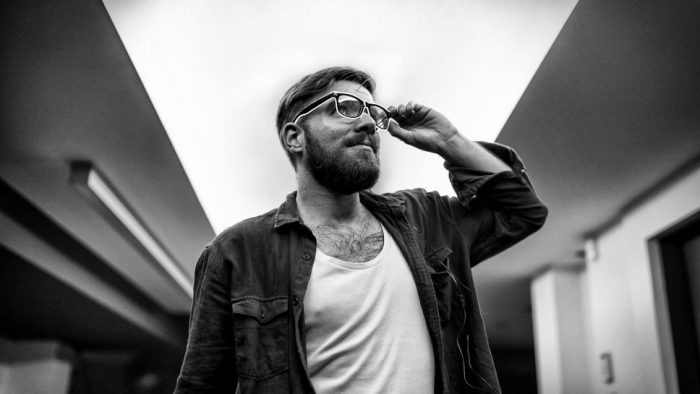 With June being international LGBTQ pride month, I’ve been thinking a lot about how far we’ve come as a community and all of the obstacles we still have ahead of us.

As a self-subscribed member of the gay community, I can’t help but notice the internal and external forces that drive, squeeze, and ultimately shape our culture. While I’m incredibly proud of our broad acceptance and inclusivity, I think there are some sticky areas that require some much-needed attention.

I never really considered myself a masculine gay man. Possibly, it was always a goal to be perceived in that way—the ideal of man-ness, just a regular guy who happens to like other guys. Certainly, I thought, that would make life easier, especially in the Deep South. I never considered myself a feminine gay man either, but I was always aware of the stigma and consequences that would come along with being seen in that light. From within the gay community and from society at large, there is obvious discrimination against effeminate men.

Maybe it was these influences or the immense internal conflict I faced that made me the middle of the road vanilla gay I am today—who knows? But I am what I am, and I love who I am. But the more I read gay blogs, Twitter posts, and Facebook articles, the more I sense a growing fervor to alienate or castigate masculine gay men.

The powers that be—social media influencers, queer celebrities, and ally think-tanks alike have been furiously advocating for the inclusion and acceptance of feminine, gender-queer, and nonbinary gay men with such tenacity that I’m afraid the conversation has been guided into a place where it’s unflattering or uncouth to be masculine or be attracted to masculinity.

A few weeks ago, I was watching a video clip that came up in my feed that showed a blind date between two gay guys. Both guys were athletic and very much into sports and fitness. The two immediately hit it off, and it was endlessly adorable. When I made the mistake of clicking on the comment section, I read comment after comment from men saying they were offended or displeased that the network had chosen to air what they considered to be gay men who didn’t represent the LGBTQ culture accurately. They spoke as if the media outlet had masc-washed its program for the masses.

Since when did it become not acceptable to be anything other than your true authentic self in the gay community?

Since mainstream media began including gay characters on their programs, they have almost always inevitably been over-the-top flamboyant types. Media, in its zealousness to outstretch its arms and wholeheartedly embrace the queer community created and imprinted a caricature of gayness on the social consciousness.

As a child and a young gay man, I couldn’t help but search for my role model. The characters I saw on television never resonated with me—sure, Will Truman was an option, but he was played by a straight man (that topic is an entire article on its own). It wasn’t an internal shame or some central fear that kept me from emulating the gays I saw in media—that just wasn’t who I was. I was left wondering if, somehow, I was some previously unidentified breed because I didn’t have the desire to drench myself in glitter and emphatically sing show tunes. Where did I fit in? Where was my herd? How could I avoid being unwillingly typecast as Jack from “Will & Grace”?

In terms of the millennial generation, much of the damage has already been done. Most of us are all too familiar with the oh-so-excited straight girl who will, without fail, exclaim, “Omggg…you’re gay?!? I, like, know another gay guy and you guys would be purrrfect for each other!” Or the boyfriend of our best friend who “likes gay guys as long as they don’t hit on me bro.” Or the coworker who demands fashion advice on the spot because “Well, you are gay aren’t you?”

It can be just as exhausting having to explain that all gay men aren’t interested in fashion and makeup as it can be to have to turn around and defend your right to exist in an already marginalized subculture.

Being gay doesn’t define me. Being any level of masculine or feminine does not a complete identity make. As a community, we should always push for inclusion and acceptance of our more marginalized members. We should never stand for or allow trans, nonbinary, bisexual, or feminine gay men to be denied their rights, their presence, or their ability to have a voice. But, in highlighting or elevating the cause of one group, we do not have to diminish or subjugate another.

There is nothing inherently offensive about being a masculine gay man—or being attracted to masculine men. Being that way does not always speak to some internal self-loathing or desperate need to be accepted. In many cases, it is simply who they are authentically.

And if we truly want to be as inclusive and broad-reaching as we say we are, it’s time to stop bashing masculine men and accept the fact that they are just as important a piece of our patchwork quilt as any other, that sometimes fierceness is silent strength, that being true to one’s self is a battle for us all regardless of what that looks like, and that the underpinning of our movement is the fundamental truth that we all have the right to exist and do so with unconditional pride.

They’re here. They’re queer. And it’s time for us all to get used to it. 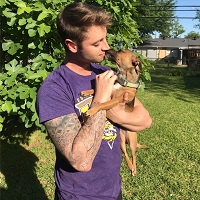 To the LGBTQ Community: The Apology we Should have Given you Long Ago. My Hope for the Man who Threatened to Kill me Because I’m Gay. In Honor of Pride: 4 Major Struggles the LGBTQIA Community Still Faces.