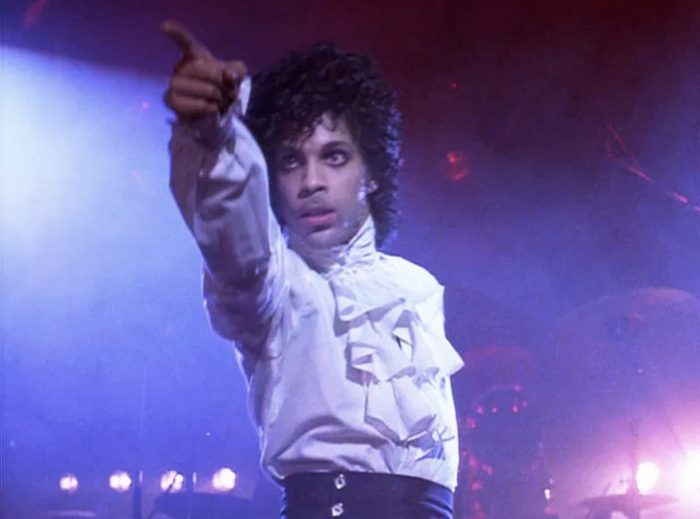 Ever since my earliest days of consciousness, I have been fanatical about rock and roll.

I would learn every song, album, and anecdote I could get my hands on. I would read every biography and autobiography that became available, and watch every documentary I could.

Before I was 10 years old and allowed to attend any concerts, I had the distinct privilege of being the only attendee in a Long Island movie theater one rainy Sunday to see the AC/DC movie “Let There Be Rock.”

The proprietor wasn’t thrilled about having to run the show for only one child, but noticing that my parents dropped me off and the look of excitement on my face, he bit the bullet and let it happen. I still remember my heart beating out of my chest when the opening credits began to roll.

As I got older, I realized that every great success story related to the music business, or at least all of the stories that I had been acquainted with shared one commonality: big risks and big rewards. In fact, the more outlandish the odds, the better the jackpot.

Here are three true rock and roll stories that may inspire you to persevere and take big chances because, as you may have noticed, there are few instances of anyone tentatively reaching the top:

Prince opening for The Rolling Stones

In 1981, The Rolling Stones, having noticed the incredible talent of the young Prince Rogers Nelson, recruited him as an opening act.

It was what he later recounted as the one of the worst nights of his life. The worst night of his life may have been when he showed up for the second time and it happened again.

Now many people in his place may have taken the hint after the first show and went to the mall and bought a pair of pants. Not Prince though. After the second show, not only did he vow to never open for the Stones again, he vowed to never open for anyone again.

We all know how the story ends. The lesson here is simple: have the courage to live your truth even when other people don’t understand.

Billy Joel and The Stranger

By the summer of 1977, Billy Joel was facing the most consequential time of his career. Even though the song “Piano Man” from his debut album of the same name peaked at #25 on The Billboard Hot 100 in 1973, Columbia records was not really convinced he was worth keeping around.

He had one last chance to save his career. Things didn’t look hopeless, though. George Martin, the genius behind the production of all the great Beatles records was willing to produce it as long as Joel allowed him to select a group of studio musicians to participate.

Many people in Joel’s situation, faced with the prospect of losing the support of a major label and given the opportunity to be produced by a virtual legend, would’ve agreed to just about anything. Joel passed though. He believed in his live band and refused to record this album any other way. George Martin passed on it and Joel went on to hire Phil Ramone and record what is still considered his magnum opus.

It won two Grammy’s for “Record Of The Year” and “Song Of The Year,” and became Columbia Records’ biggest selling record up to that point, spending six weeks at the #2 spot on Billboards Top 200.

George Martin wrote Joel a letter that autumn that said, “You were right; I was wrong. I should have considered working with your band. Congratulations.”

The lesson: never stop believing in yourself.

To say 1967 was a pivotal year in rock and roll might be considered a criminal understatement.

The level of music production was ramping up to unheard of heights. Only a few short years before, studio recordings were mostly live performances with very few embellishments or “overdubs,” as they are known—but by 1966 The Beach Boys released the very produced “Pet Sounds,” which helped change the landscape of popular music.

At that point, the stage was set for more lush productions and experimentation and The Beatles followed suit with, what is still today considered one of the greatest studio albums of all time, “Sergeant Pepper’s Lonely Hearts Club Band.”

Where The Beach Boys may have started the conversation, a lot of people felt like The Beatles ended it. Over 50 years later, it’s hard to imagine a more visionary album.

Many people were wondering what Bob Dylan was going to do to top The Beatles, and he certainly didn’t disappoint. Going against everything that everyone else was doing at the time, Dylan went down to Nashville and, spending only 12 hours in the studio, recorded “John Wesley Harding.”

It was everything that “Sergeant Pepper’s” wasn’t. It was thin, sparse, and raw. What’s more, Dylan implored Columbia Records to release it with no publicity and no hype because as Dylan put it “…this was the season of hype.”

The album went on to hit #2 on the American Top 100 and and #1 in the U.K.
The lesson: when everyone is zigging, your best bet is to zag.

The world is full of inspirational stories and lessons if you look for them, but the world of rock and roll is where I believe the best ones lie.

Of course, you can find wonderful stories in all of the various mediums—Broadway shows, movie sets, and even in the halls of the greatest universities—but, for my money, nothing comes close to the gritty, insane, and inspirational world of rock and roll.

These stories are always the ones I remember when I need to re-ignite my inner fire.