The 4 Unmistakable Signs of Being in a Lonely Relationship. 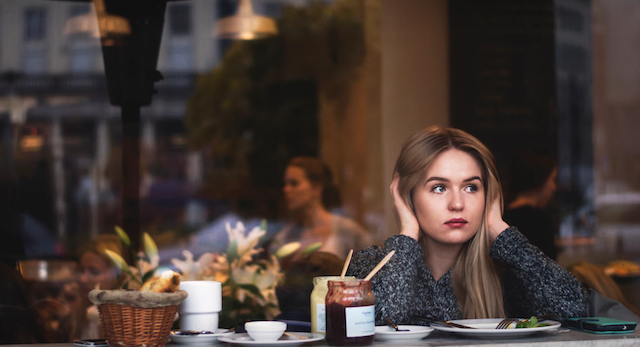 Yesterday was a national holiday, and being such, I was booked to perform in two different towns back-to-back.

When all was said and done, I played for about five hours and probably sang close to 60 songs before the day was over. As the night drew to a close, I packed all my equipment in my car and began the long journey home.

The first thing that occurred to me as I drove was that this would be the point where I would’ve texted my ex-girlfriend to tell her how great it was, how my tip jar was overflowing, how good I felt, and how hot it was. To this I would usually receive what might best be described as minimal reciprocation.

Sometimes it would cross my mind that a well-programmed bot could also text, “Boy you must be tired!”

I mean, I still felt a pang of loneliness in that instant where I realized there was no one for me to text about what sort of a day I just had, but when I dug into the reality of what I recently separated from, it was quite a bit less than my emotions wanted me to initially believe. An hour later I would’ve arrived at our house, all the lights would’ve been out, and I’d crawl onto the futon in the spare room and drift off with not much more than a four-word text that symbolized my relationship status.

It helped put some things in perspective for me.

I realized that my emotions were trying to push me in the direction of feeling like I was lacking something integral for happiness and as I was driving and thinking, I tried to use my intellect to remind myself that the only difference between then and now was that now when I walk through the door, I can turn all the lights on. I have a comfortable bed instead of an awful futon.

I am only lacking one four-word text.

By the time I was home, I resolved that things in this moment are not perfect, but they’re not terrible, either.

I was in what psychologists commonly refer to as a lonely relationship—and if you are in one too, you may know the signs all too well:

There is no affection

I mean sure, we’re all busy, and parents of small children are sometimes the busiest. One partner is engaged constantly with the care of the children and the other, in most cases, is involved in the business of financing the whole venture; but, if love is truly felt between two partners, they find a way to be affectionate.

Perhaps not every single day and, in some cases not even for weeks. But if you find yourself in a situation where months and even years are going by without any effort being given to physical intimacy or touch, you are in a lonely relationship.

You feel a total lack of encouragement

In my case, it manifested as this seemingly innocuous habit that my partner and her mother had of joking about how I was erroneously in love with myself.

The reality of the situation was that underneath all that joking there was a lot of judgement. I was being told day after day to amp down any feelings of uniqueness I might have. Everybody’s situation has its own nuances, but chances are, if you never feel as though your partner is encouraging you to go for it or just to simply love yourself, you’re in a lonely relationship.

As I mentioned, there are a lot of moving parts to running a family and anybody who is doing this realizes it; however, when conversation between two partners gets stuck in a rut of “Did you call the insurance company about Gloria’s root canal?” and “Can you bring my car in, I think the back tire has a slow leak?” you have entered a very dangerous area.

Look at it this way: if you are a mindful person, there’s a better than average chance you chose your partner for how engaging and intelligent they were in addition to their looks or background or financial situation. So, if all the engaging aspects are missing, what is the point? You are indeed in a lonely relationship.

The emotional distance is obvious

This sort of thing begins innocently enough. One partner, after bathing and feeding children wants to just zone out in front of Netflix and the other partner wants to spend their time after work writing or painting or playing music. Fair enough. The problem is, when these habits become the rule instead of the exception and it becomes difficult to remember the last time you laid down next to your lover, you set the stage for a lonely relationship.

No one ever seeks out a lonely relationship—they transform to this status with the weight of day to day gravity. That, however, is no excuse to accept the lower quality of life that one cultivates as a result of being in one of these.

I guess the most important lesson I came away with by the time I got home last night was that loneliness is not something that can be cured by a change of relationship status. This was borne out a few times this year when I began to engage in less than satisfying dating situations.

The end result for me was that you can feel connected when you are alone just as you can feel lonely in a relationship.

The Buddhist View of Loneliness as a Good Thing. Attachment vs. Love: Understanding the Difference.
See relevant Elephant Video

Would you date a vegan?