Can Freedom Survive Without Democracy? 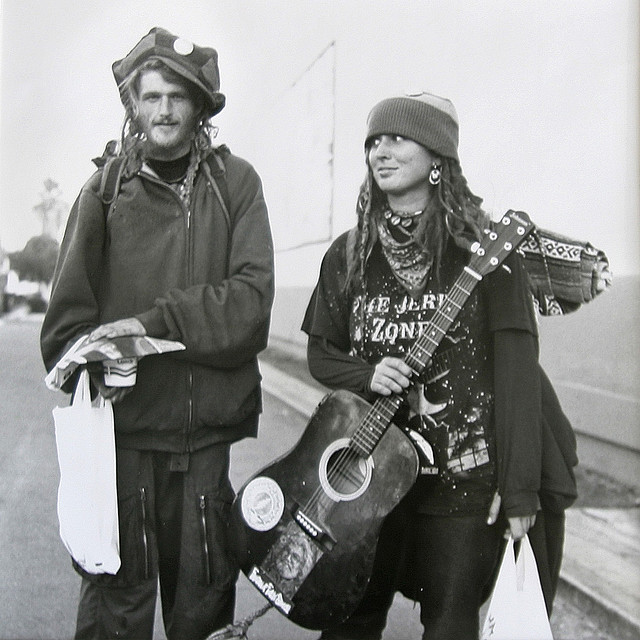 “Man is born free but everywhere he is in chains.”

The modern era is a story of ever increasing freedom: the freedom from persecution, the freedom of expression, the freedom to choose an occupation, enjoy the fruits of economic security, and, ultimately, live a life, idiosyncratically, originally, and wholly unmolested.

This march of freedom can be witnessed in the movements to end slavery and universalize literacy, to give women the vote and legalize gay marriage. But it can also be seen in the innovations of entrepreneurs and artists and the eccentric lifestyles of bohemians and hippies.

Freedom is not simply a set of rights and privileges, nor even the capacity to craft a life; it is the willingness to experiment with who we are and the way we want to live. And that requires both political and economic freedom, but also the desire to be free; for when we cease to desire freedom, there is no shortage of chains by which we might be bound.

The modern era has all too often proved a chronicle of disaffection with the very freedoms brought about by modernity itself.

The same voice of rebellion echoes across the ages, from the monarchists of the 19th century, to the fascists of the 20th, to the fundamentalists of the 21st. Each new phase of freedom seems to bring an equal and opposite reaction wherein its boundlessness is thrown off in inglorious acts of conformity.

It is as if some siren song is goading us to wreck our ships on the craggy shore, when the blue ocean lies ahead; as if each time we ascend the mountains of new and unbounded freedom we feel compelled to throw ourselves off in some leap of bad faith, into yet another confining creed, where we might shackle ourselves once and for all. And it is this compulsion to lash out at the very institutions and norms that protect our right to dissent that now constitutes the greatest threat to civilization.

We stand, once again, at the crossroads of an immense historical juncture.

The international institutions that bound us together for the last 70 years are fast being drawn into question, and the freedom so emblematic of the most democratic age in history is being used to build new prisons. For it has now become commonplace for citizens across the world to vote into office the very same leaders who later abolish their right to vote, transforming the institutions that once served them into tools of the autocratic trade.

The last time it happened in the interwar years of the 20th century, the cultural Marxist, Erich Fromm, described it as an “escape from freedom.” The condition involved an incapacity to cope with the choices involved in living in an increasingly modern world. Modernity had brought a sense of dislocation and anomie in the face of perpetual change, and all too many sought to end their alienation by submitting themselves to a dictator who might take away their freedom and with it the source of their discomfort. But all of this has been magnified and intensified today.

We find ourselves in much the same position as the Germans of the 30s, who in seeking the security of a strongman were brought face-to-face with their own inner demons. The freedom from constraints unleashed in the 60s has finally come full circle: now the demand for free speech is more about the right to abuse others than the right to speak out against abuse; and the same norm-breaking once so characteristic of eccentric individualists seeking to express themselves more fully has been appropriated by the powerful as a means of justifying their rule.

But freedom is a threat to autocrats because they cannot maintain their rule if they lose control.

Freedom of speech and assembly threaten their grip on power by protecting the spaces in which dissent might emerge. But so also does access to education, for people who can think for themselves will quickly discover that making their lives better requires some measure of influence over the state. And so also does the inner freedom characteristic of deeper spiritual practice, for the release from worldly attachments frees us from fear; and without fear dictators quickly fall.

Without the ability to elect our leaders, the most avaricious and power hungry tend to control the state. However, the state is not just one of many institutions but rather the master lever through which all institutions are shaped. Whosoever controls the state can then shape the church into a means of justifying their authority, schools into a means of instilling obedience, and the family into the means of teaching us our place in a hierarchy.

Autocratic states that do not shape institutions in this way are the rare exception, and seldom last long. This is because autocrats rarely serve the populaces over which they rule; and even when they do, their successors are unlikely to do the same. Hence, free peoples seldom tolerate an autocrat for long; and when they do, they tend to cease being free.

While there are many traditional societies where substantial portions of the population appear internally free, the only thing holding them back from seizing power is their lack of external freedom and the belief that the hierarchical order is right. But even when Western bohemians were glorifying Eastern sages from more traditional societies in the 60s and 70s, the teachers who taught them almost always came from the democratic states of either Japan or India.

All of this serves only to explain what a quick perusal of the freest societies in the world confirms: the most democratic states are almost always the most free—and where democracy disappears, freedom is seldom far behind.

Most of us have no idea what it would be like to live without political freedom. But it is quite possible that, over the coming years, many of us who once took our freedom for granted will find ourselves living in entirely different sorts of societies, where everything conspires to keep us in bondage.

It may not be the case that no one is free until everyone is free; but we can safely say that none of us will remain free unless a whole lot more of us work a little harder for our collective freedom.