All Sex, No Shame.

“Why are you laughing?” asked the nice man wrapped in the tan sheets beside me.

After all, laughter isn’t really an accepted form of postcoital behavior, especially when you don’t really know the person.

To my genuine surprise and delight, I felt no feelings of shame. I’d just had sex with a man I had met only hours before and everything I was ever taught about sex said that I should be paralyzed by shame for such actions.

All I was feeling was free.

So, in my 30th year of life and recently released from a tumultuous eight-year marriage, I found myself laughing next to my second sexual partner and my first one-night stand.

Along with so many people raised with religion, I received shaming messages about sex and sexuality during my upbringing.

I was told that shame would surely eat me alive and haunt me for the rest of my life if I so much as thought about having sex outside of marriage. I was guaranteed that not only would I feel shame for my actions, but my future husband would also be ashamed that I stole something from him: my purity.

I wonder, why are we still shaming people for being…people?

Shame is, “an intensely painful feeling or experience of believing we are flawed and therefore unworthy of acceptance and belonging.” ~ Brené Brown

Brené Brown is a highly respected scholar and a champion for ending the cycle of shame in relation to all things human. Among her assertions is that shame is a learned behavior, it is not innate. The response we get when we do something wrong determines how shame exists in our lives.

Shame is not necessary in order to learn how to do things.

I don’t need to feel ashamed that I burned dinner last night—I just need to learn what to do differently next time, and then do it that way. If I am made to feel ashamed for cooking mistakes, I am likely to avoid it altogether, resent it, or even dive into it aggressively and obsessively to show the person shaming me that I can do it.

The same consequences apply when we’re talking about shame and sex. Sexual shaming can lead to young people avoiding it out of fear, resenting it, or secretly experimenting with sex in potentially unsafe situations.

Shame fosters fear and secrecy, both of which lead to poorly informed decisions.

My poorly informed decision was to marry at age 21. I had no clue about my own body or what I needed and wanted from a sexual partner. In reality, we got married so we could have sex. We wanted to have sex, but I avoided it. Sex was always hanging in the air around us as this thing we would get to experience once we were married. So, we got married.

If we give young people the freedom to explore sex and sexuality, perhaps we will see fewer young people entering marriage like I did the first time.

Sure, not everyone who is brought up learning that sex equals shame will marry so they can have sex.

Some marry because they already had sex and the only way they can feel redeemed from the shame bestowed upon them is to marry the person. Others marry because their uninformed and secretive sexual explorations led them to a pregnancy. And yes, some do marry for real love and a real commitment to a life of beautiful partnership.

What I am suggesting is that we lay off the shaming messages.

Let’s educate our young humans about the biology of sex and teach them how to own their bodies and how to ask for what they need. It is possible to educate while providing the freedom for self and sexual discovery—shame-free. Adora Svitak lays this out beautifully in her TED talk.

I remained a virgin until marriage because of fear—fear of the unknown, of getting pregnant, and of disappointing my family. Because I was not given the opportunity to explore sexuality or talk about it openly, I didn’t understand my own body, let alone the realities of sex.

That morning after my first one-night stand, I awoke.

I felt only feelings of fire, of wonder, and of life. I was in the beginning of my sexual awakening and I had no idea what was coming for me. I knew only that I was in control of my body, and I was allowed to do whatever I wanted with my body as long as I took great care not to cause harm to anyone. This is my body.

I know that I am not the only person to grow up and wonder what the hell those messages were really about, aside from control. I still don’t have the answer, but I do know, with certainty, that it is possible for us to move on from those messages and grow into the healthy, sexual beings we want to be.

Let’s stop spreading shame around and start allowing people to be human.

For, as Adora Svitak says, “To speak of sex, is to speak of life.” 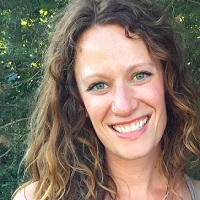 How I Learned to Have Sex Without Shame. An Awesome Technique to Help End Sexual Shame. {Adult} Sexual Healing—3 Sexperts on Why we all Need It.