Being in a Relationship is like building a Fire—all we need is Kindling & Oxygen. 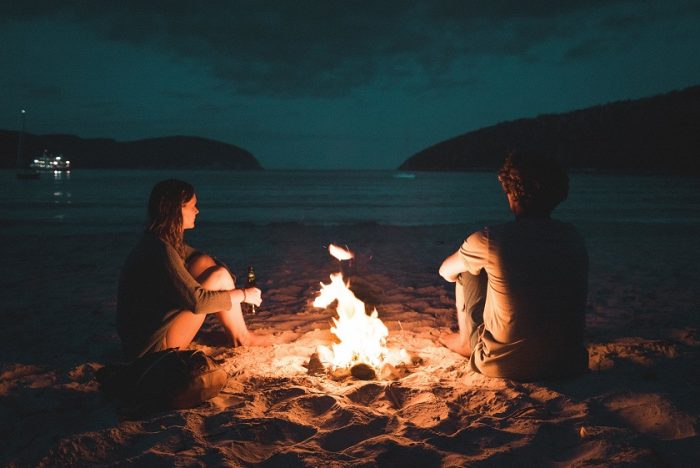 I am a self-professed tomboy who grew up skateboarding and tumbling down streets on BMX bikes with my brother and all the neighborhood boys.

But I am embarrassed to confess that, before this weekend, I had never lit a fire all by myself. I had always had a man around who could do it for me.

If you had asked me, I could tell you conceptually what a fire needs. Kindling, check. Rolled up newspapers, check. Matches, check. But this weekend I decided that it was high time that I actually build a fire myself.

My partner, Andre, and I booked a trip to visit Bowen Island, which is a 20-minute ferry ride from our home in Vancouver, BC for a long weekend.

Despite the fact that Bowen is right outside the city, it is a small community, with just under 4,000 people in roughly the same square footage that Manhattan occupies. Houses and cabins are found nestled in the woods, and there is a sense of calm and lack of commotion that I crave after spending months elbow-to-elbow with my fellow city dwellers in Vancouver. Our friends’ cabin, where we stayed, featured exactly what I needed: a wood stove.

The first night, I watched as Andre set up the fire. He carefully blew on the glowing embers, poked and prodded the logs into place, and it roared to life with ease. I can do that, I thought to myself as I sat back and enjoyed the fruits of his labor.

The next morning, I declared that I would build the fire all by myself. Andre sat off to the side chopping kindling as I rolled up my sleeves and set upon my mission to build us a fire.

First things first. Fire needs fuel to burn, so I built a small nest with newspaper, wood chips, and splinters. I lit it with a long match and smiled as it fluttered to life. Before I could start adding longer splinters to build it up, the blue flames had already fluttered out.

I sighed and began again, this time creating a teepee structure with the longer splinters around the nest of wood chips and newspaper. I quickly found that I was piling the newspapers and kindling on too thick, not allowing any space for oxygen to flow through and feed the fire. I started blowing on the embers, but only when I spread them out did they actually catch fire.

“I did it!” I exclaimed, as my first few larger sticks started flicking to life with flames. “Don’t get too cocky,” warned Andre. Silently to myself I said, P’shaw…I’ve got embers, I’ve got flames on the sticks, all I’ve gotta do is throw on some logs. What more does he want? Feeling quite confident, I reached for a log. “Be careful,” Andre said, “you don’t want to smother it.”

This is when I made my next mistake. Using the metal poker, I piled all the embers up into one corner of the stove to consolidate the heat and slowly lowered the log on top. Andre pursed his lips to stop himself from telling me I was doing it wrong. Of course, as any experienced fire starter can foretell, the flames sputtered and went out. The next 15 minutes were spent coaxing the flames back to life, poking the kindling into the right placement, and blowing on the sputtering flames.

I had not allowed there to be any space for the embers to breathe, so this time I spread all the embers out along the base of the stove. The embers faded away before I had a chance to realize my mistake and correct it.

I’m sure the wrinkle above my eyebrow that comes to life when I am stressed was in overdrive.

Finally, I consolidated all the lessons of the past several minutes and put them all together. I piled up the tinder just so, building a foundation of newspaper and small woodchips that peaked to a teepee of larger sticks. I gradually added larger and larger sticks, until I had a good pile of glowing embers that I spread out, with just enough space for air to flow but close enough to each other to generate warmth.

Okay, I’ve got this now.

Only once the embers were sufficiently hot and I had a good flame did I add my first log. When the first log caught on fire, I added the second log, angling it at a diagonal so there would be enough airflow to feed the flames.

After 48 minutes, and through one of the most frustrating “meditations” of my life, I could take ownership over something that my ancestors going back to cave dwellers could claim. This city slicker had successfully conquered creating fire!

Fire is the element of transformation. Of the five elements in Chinese medicine (wood, fire, earth, metal, and water), fire has the capacity to transform the others. Fire will burn wood, char the earth, melt metal, and vaporize water.

However, what we don’t often realize is that in order to cultivate relationships that are warm and nourishing, there will be moments when the appropriate action is to allow for space. Relationships, like fire, must be tended to with attention—but too much consideration can feel smothering. Sometimes what the relationship needs is the formation of appropriate boundaries and allowing for autonomous space.

The lesson that building a fire illuminated for me is that relationships, like fire, require a balance of kindling and oxygen.

Most of us fall into one of two categories when it comes to our approach to relationships—too distant or too smothering. Chances are, we have all heard from our partners exactly which category we fall into (usually this feedback is worded as a complaint).

To apply this lesson from the fire element requires some deep introspection and genuine, vulnerable acknowledgement of the common themes in our relationships. What are the gifts we bring to communication? What are the challenges? 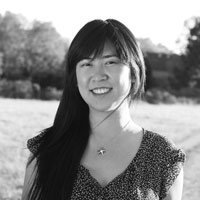