Islam is Not what you Think. 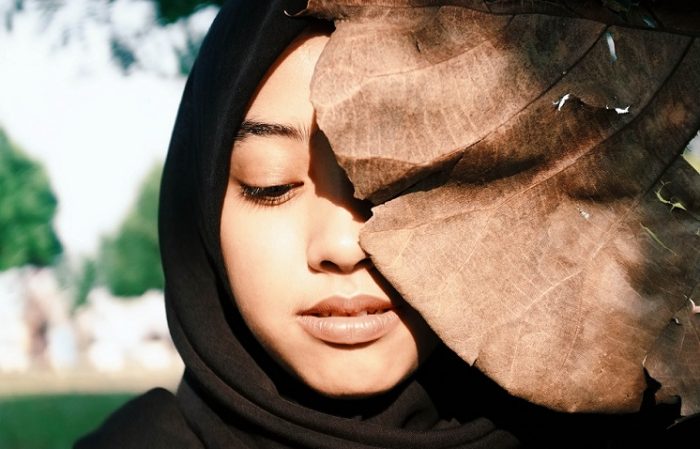 Author’s note: I wrote this article together with my friend, Duff McDuffee, who wrote another insightful article on Elephant about compassion reducing inflammation. Check it out and find his full bio here.

And yet, their evening chants invoke the female vampire, Vitaly, to “cut the aortas of the perverters of the teachings.”

In spite of having spent a combined several decades practicing Buddhist meditation techniques and living around Shambhala Buddhists, we have never come across any who actually went through with slitting the throat of a single perverter of the teachings.

But how could this be when their religion dictates it?

The question would of course sound ridiculous to a Shambhala Buddhist, because the phrase is obviously symbolic. But it is the kind of question regularly asked about the most odious passages of the Qur’an.

Most people understand that they are not to take such things literally because they have nothing whatsoever to do with the way real people actually practice their faiths.

Every major religion includes bizarre myths and images, and violent and sexist teachings, which we ought to question.

They include these sorts of teachings because the world’s great religions arose out of ancient, undeveloped societies. We ought to question these teachings because fanatics occasionally do take them literally. But the actual members of most religions have usually already questioned them, quite thoroughly and long ago—outsiders tend to be centuries behind the times.

Consider the Jewish Torah, which makes up the bulk of the Christian Old Testament. God commands in it that people should be put to death for disobeying their parents, taking accursed things, not being a virgin on their wedding nights, and not screaming loudly enough when they are raped.

Yet, even the most fanatical Christians and Jews do not actually think raped women who do not scream loudly enough should be put to death.

And of course, of course, nobody in the West—except perhaps some New Atheists deliberately playing dumb—expect such passages to be taken at face value. If Christians and Jews had been taking them seriously, we would expect our societies to be completely different.

Western societies are some of the least patriarchal and most indulgent societies ever in the history of the world, and Judeo-Christian ethical teachings are foundational to their social orders. And far from having thoroughly divorced religion from the state, the most progressive societies like Sweden and Germany tend to have state churches.

Yet, nobody expects Swedes and Germans to even practice their faiths, let alone stone their fellow citizens to death.

However, when it comes to Islam, people in the West tend to imagine the vast majority of Muslims strictly follow the most outmoded and bizarre verses from the Qur’an, and demand the same of their neighbors—as if a Muslim majority in Cleveland would inevitably result in burqas all around.

Decades of news reports on Muslim terrorists have generated some pretty bizarre ideas about the religion. Yet, ordinary Muslims tend to share many of the same frustrations with Muslim extremists as those expressed by Western Islamophobes. Unfortunately, Western Islamophobes tend to know little, if anything, about these criticisms.

Western Islamophobes often appear to be projecting their own spiritual shallowness onto Muslims. It is one of the great ironies of the present era that it is the New Atheists, not the Christian fundamentalists or Islamic extremists, who interpret ancient scriptures the most literally.

Religions have always been the site of unexplained processes and mysterious events.

Anyone who has thought seriously about God knows the concept to be wholly inadequate to the task of representing something so vast and incomprehensible as the sum total of all things and how they hang together. Anyone who has ever seriously pondered religious scriptures knows it takes dedication and devotion to unveil their deepest meanings.

As it so happens, the most embarrassing passages of the Qur’an do not tend to be so brutal as those of the Old Testament, but we are not going to drag them up, lest our Muslim friends accuse us of propagating fictions. You see, most Muslims’ primary relationship to the Qur’an is through quotes and partial recitations, so most are not even aware of its most violent passages.

New Atheists tend to adhere to the belief that a religion can be judged by its lowest common denominator, some amalgam of the worst passages of its scriptures and the most unjustifiable violence committed in its name.

But this would be like judging Atheism by the tens of millions of citizens killed by Chairman Mao and Josef Stalin and the countless petty offenses committed by degenerates, who renounce religion just to free themselves from moral constraints.

Unlike philosophy and literature, the things that a faith proclaims are arguably not what matters most about it, either to its practitioners or to the people living in their near vicinity.

What matters most about a religion is rather how its practitioners experience the world and how they behave. While doctrine is often considered important, perhaps most among Christians, it is seldom taken to be essential.

Most people strive to live up to the highest aspirations of their faiths. But most people are only able to do this in key moments of exaltation. In this sense, most religious people are hypocrites, but they are hypocrites because they set unusually high standards for themselves.

Religions cannot be reduced to their lowest common denominators, because they usually involve aspiring to experiences and lifestyles which few can attain.

Hence, if outsiders do not study the religion in depth, their critiques will usually seem senseless to insiders. They will refer to obscure passages that are either forgotten or interpreted metaphorically or else bad translations which just sound wrong.

Whatever the faithful might mean when they refer to God is too vast to be comprehended; and spiritual exaltation is too beautiful for words.

And yet, we are not talking about reforming Islam because outsiders to a religion seldom succeed in reforming them, for most of their attempts just come across looking like bigotry, which they all too often are.

Moreover, Islam is under attack in every corner of the world and the arrogant efforts of outsiders to reform it seem to play a part in these attacks, which in places like Burma has helped contribute to genocide.

Anyone who wishes to reform Islam would do well to understand it from the inside out, but anyone wishing to understand it deeply may find themselves discovering something wholly different from what it looks like on the outside.