John McCain’s Touching Farewell Statement to the Country he Loved. 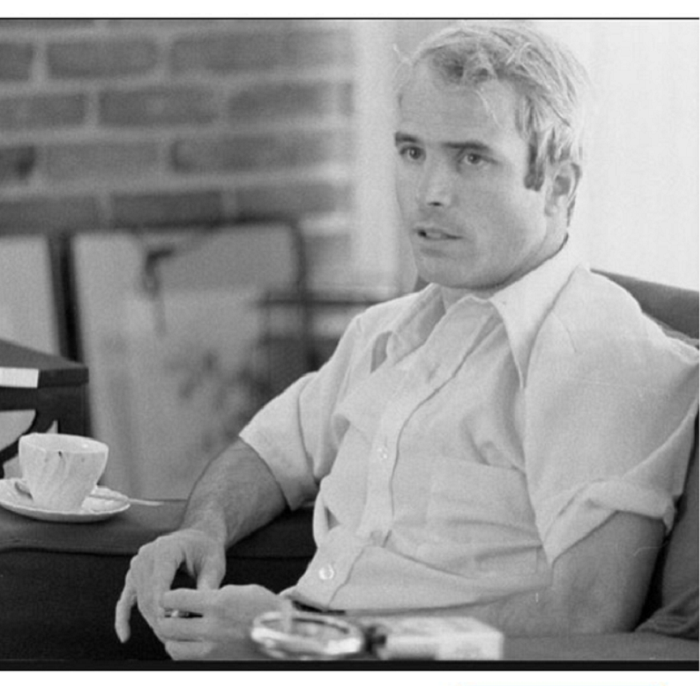 Senator John McCain passed away at the age of 81 on Saturday, August 25, 2018, following a year-long battle with brain cancer.

McCain was loved by millions across the U.S., and all around the world, with many calling him a “true American hero” and sharing their gratitude for giving them hope during such turbulent times. Social media has been flooded with tributes, and even those who didn’t politically align with his decisions and opinions have spoken out to express their heartbreak and to state what a great loss his death is to the American people.

It is a testament to the kind of man McCain was.

He showed devotion, loyalty, commitment, and fearlessness. He was not afraid to speak his mind and to stand up for what he believed in. It is no wonder he has inspired the hearts and minds of people, both young and old, to become politically involved and to work together to make America a country to be proud of.

McCain freely admitted that though he tried his best, he did not live a perfect life and he made mistakes—no different than any other person—and that’s one of the qualities that made him such a remarkable, impressive human.

The statement read as follows:

“My fellow Americans, whom I have gratefully served for 60 years, and especially my fellow Arizonians, thank you for the privilege of serving you and for the rewarding life that service in uniform and in public office has allowed me to lead.

I’ve tried to serve our country honorably. I’ve made mistakes, but I hope my love for America will be weighed favorably against them.

I’ve often observed that I am the luckiest person on Earth. I feel that way even now as I prepare for the end of my life. I’ve loved my life, all of it.

I’ve had experiences, adventures, friendships enough for ten satisfying lives and I am so thankful.

Like most people, I have regrets but I would not trade a day of my life in good or bad times for the best day of anybody else’s.

I owe the satisfaction to the love of my family. One man has never had a more loving wife or children he was prouder of than I am of mine. And I owe it to America. To be connected with America’s causes—liberty, equal justice, respect for the dignity of all people—brings happiness more sublime than life’s fleeting pleasures.

Our identities and sense of worth are not circumscribed but are enlarged by serving good causes bigger than ourselves. ‘Fellow Americans’—that association has meant more to me than any other. I lived and died a proud American.

We are citizens of the world’s greatest republic. A nation of ideals, not blood and soil. We are blessed and a blessing to humanity when we uphold and advance those ideals at home and in the world. We have helped liberate more people from tyranny and poverty than ever before in history. We have acquired great wealth and power in the progress.

We weaken our greatness when we confuse our patriotism with rivalries that have sewn resentment and hatred and violence in all the corners of the globe. We weaken it when we hide behind walls, rather than tear them down, when we doubt the power of our ideals rather than trust them to be the great force for change they have always been.

We are 325 million opinionated, vociferous individuals. We argue and compete and sometimes even vilify each other in our raucous public debates. But, we have always had so much more in common with each other than in disagreement.

If only we remember that and give each other the benefit of the presumption that we all love our country, we’ll get through these challenging times.

We will come through them stronger than before. We always do.

Ten years ago, I had the privilege to concede defeat in the election for president.

I want to end my farewell to you with heartfelt faith in Americans that I felt so powerfully that evening. I feel it powerfully still.

Do not despair of our present difficulties, we believe always in the promise and greatness of America because nothing is inevitable here.

Along with being an American hero, McCain was a family man, devoted to his wife and seven children. He is also survived by his 106-year-old mother, Roberta.

Shortly after his death, one of McCain’s daughters, Meghan, who is also a political analyst, shared on social media a beautiful, heartfelt tribute to her dad, her hero.

It read as follows:

I was with my father at his end, as he was with me at my beginning. In the thirty-three years we shared together, he raised me, taught me, corrected me, comforted me, encouraged me, and supported me in all things. He loved me, and I loved him. He taught me how to live. His love and his care, ever present, always unfailing, took me from a girl to a woman—and he showed me what it is to be a man.

All that I am is thanks to him. Now that he is gone, the task of my lifetime is to live up to his example, his expectations, and his love.

My father’s passing comes with sorrow and grief for me, for my mother, for my brothers, and for my sisters. He was a great fire who burned bright, and we lived in his light and warmth for so very long. We know that his flame lives on, in each of us. The days and years to come will not be the same without my dad—but they will be good days, filled with life and love, because of the example he lived for us.

Your prayers, for his soul and for our family, are sincerely appreciated.

My father is gone, and I miss him as only an adoring daughter can. But in this loss, and in this sorrow, I take comfort in this: John McCain, hero of the republic and to his little girl, wakes today to something more glorious than anything on this earth. Today the warrior enters his true and eternal life, greeted by those who have gone before him, rising to meet the Author of All Things:

‘The dream is ended: this is the morning.'”