The Only thing Stopping us from tapping into the Power of Magic. 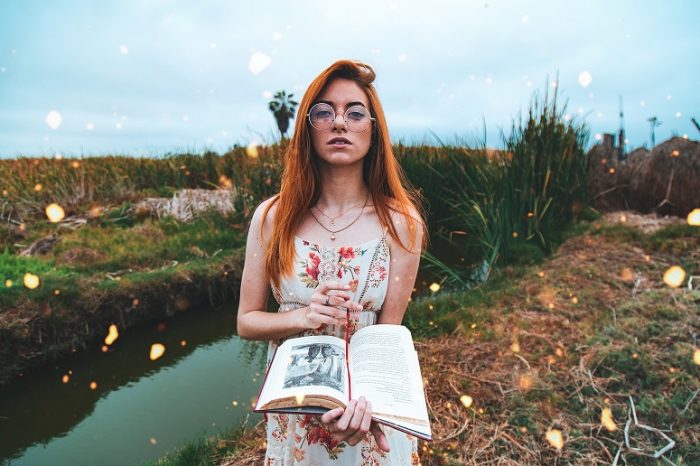 When most people hear the word “magic” come up in conversation, they roll their eyes and think, “Oh boy, we’ve got a wacko on our hands.”

Magic is an abstract word and can be interpreted in a number of ways: some think of black hats and broomsticks, some think of Harry Potter, and some think of magic spells and bubbling potions cooking in cauldrons.

I often say that I am the exact opposite of my left-brained boyfriend, who chooses to watch the science channel when he wants to unwind. He could easily explain the Theory of General Relativity or the reasons why astrophysicists hypothesize the existence of dark matter and energy to you in his sleep.

The word magic makes him chuckle, and we tend to fall into deep philosophical conversations about it (during which he tries to outsmart me with his logical understanding of how the world works). He believes that there must be an ultimate scientific explanation for everything, even if we haven’t figured it out yet.

Perhaps you are more like me—as right-brained as an individual could possibly be. I tested quite high in the “magical thinking” category in graduate school, and magical is an adjective that is often used to describe me. I could not be more proud of this fact. I don’t see anything wrong with associating and identifying more with the magical side of life, and, in fact, doing so makes me more open to endless possibilities.

There is currently a movement taking place in which women are being encouraged to take their power back in ways that might be perceived as “witchy.” From my point of view as a psychotherapist, this movement is both exciting and empowering. Maybe there’s so much more out there than meets the eye—or any of our five senses, which, by the way, scientists do believe, and that’s why they use instruments to see things that our senses could never detect. The truth is that magic has been around since the beginning of time. It’s only recently that some people have become more open to embracing the concept.

Dean Radin, PhD, wrote Real Magic, a book which combines my right brain wonder with my boyfriend’s need for cold, hard, scientific facts. Dr. Radin proves that magic is real and has existed throughout the course of time, and that science is finally catching up. He also explains the science behind a lot of magic. Additionally, he shares that everyone can tap into magic with enough mental concentration! Cool, right? I thought so too.

One “magical” concept that has been personally reappearing in my life is the concept of synchronicity. Carl Jung, the legend and psychologist, coined this concept, in which he states events can hold “meaningful coincidences.” Another way to understand this is sometimes events, things, people, and life unfold because of cause and effect, and sometimes there isn’t a causal relationship but a meaningful relationship.

The way I like to interpret this is that our internal world is sometimes connected to our external world in ways that are beyond logic. There’s a connection between our minds and what actually appears in our surroundings—our thoughts affect our physical reality.

I know that is a lot to take in if you’re a nonbeliever. But think back to a time when maybe you secretly prayed for something and that something just showed up. Or you really needed advice and some random person told you exactly what you needed to hear at the exact right moment that you needed to hear it. Maybe a real life example would help to paint a clearer picture.

I remember a time, mid-divorce, when I was really struggling with life. One night after work, I met a friend for dinner who was also going through a divorce. We had a long and very connected conversation, and she shared with me how much happier she was, but how painful the process had been. This I knew all too well.

She told me she had met up with her ex-husband recently and they had spoken about some of the mistakes they had each made. He also shared how much he missed her. My friend told me how healing that was for her.

I knew I could not have this type of interaction with my soon-to-be ex-husband and it was really important for me to steer clear and just keep the grieving process to myself and my close friends. I told her at dinner, “It would be so healing if I knew he missed me.” I didn’t want to be back with him, but just knowing that he felt that way would be healing and validating on some level for me, as I was feeling pretty discarded.

I left dinner and cried on my way home. It was one of those cries that comes out slowly and feels really good—almost like pockets of relief being emptied out on your cheeks. The kind of cry that feels like,”If I can keep going I’ll be through this grieving process, lickety-split.”

So I’m driving home wishing for some kind of validation. Suddenly, I see a billboard on the highway—a Panera Bread ad staring right at me that said, “We Have Missed You.” It was referring to some item they had discontinued and decided to bring back. At that same moment, my wedding song came on the radio. Of course, then came more tears, but I knew this was the confirmation I needed.

It was my internal world connecting with my external world and and the coincidences were way too meaningful. I actually have more than a few examples of how billboards have directed me in magical, synchronistic ways. Yes, billboards.

You might be thinking, “Okay, well that’s really nothing more than some sad love story complete with strange, chance timing.” While that is true in some sense, I sincerely believe that these things happen frequently, and the only thing stopping us from tapping into the power of synchronicity is our refusal to believe that it exists.

Synchronicity is really only one concept in the much broader topic of magic. With enough mental concentration, awareness, and openness, a lot more becomes possible. Science has shown that concentrated awareness coupled with intention and real work leads to the likelihood of increased consciousness. Even Quantum Entanglement, or instantaneous communication regardless of distance, shows how completely illogical things can occur, which demonstrates that there’s a deeper level of connection throughout the universe than can currently be explained with today’s scientific knowledge. I like to joke with my boyfriend that his world is finally catching up to mine—and it’s about time!

I often find myself wondering, “What’s the harm in trying a little hocus pocus on yourself?” The witch hunting days are over, as far as Salem is concerned, at least, and the only harm magic can cause is strange looks from other people when you share your magical experiences.

I urge each of us to try being more open to some synchronicity—try secretly if you have to. Think of a sign or a symbol that means something to you; think about it hard and consistently, and then ask the universe for some validation. Ask to see this sign or symbol in your day-to-day life. The trick is to let go immediately after you ask. And poof! Tah-da!

Just kidding, of course. Sometimes it takes a little time and patience. However, your belief needs to be authentic—that’s the catch. If you do not truly believe that it is possible, you are far less likely to experience any “magic.” So what’s the harm in believing in something we can’t see with the hopes that we will be able to experience it? When we don’t believe, we deny ourselves the opportunity to experience possibility.

No need to climb atop the roof and scream to the world every time you experience some synchronicity. But please do share if you start to recognize small acts of magic. Maybe some much-needed money comes in the mail, your symbol appears randomly, or you happen to hear the exact advice you needed to hear.

Hell, maybe this article will even prove to be the little reminder you needed in order to tap back into your own magical power. 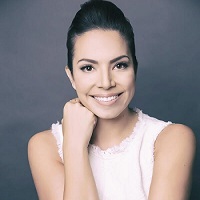 7 Steps to Increase Synchronicity in our Daily Lives.