What Kicking a Ball on the Beach in Peru Taught me about Letting Life Unfold. 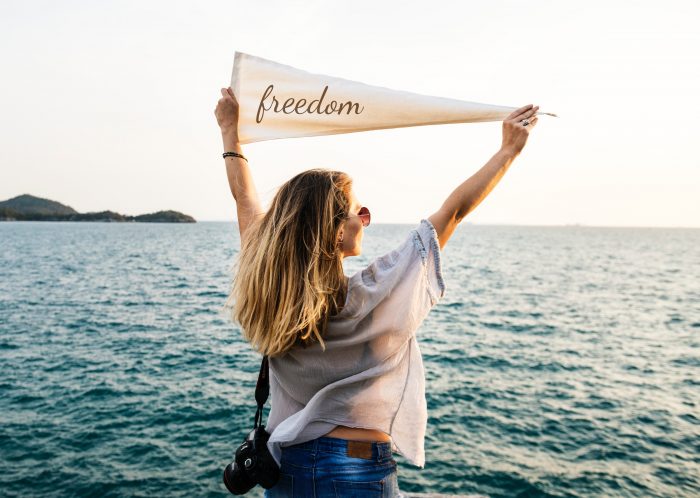 Last week, I arrived in Peru.

After I got some work done, I set off to the beach.

I had my Kindle, my notebook, and my pen. But most importantly, I had a plan. I was going to relax, read, and write. It seemed like the recipe for a perfect afternoon.

The beach was full of families, vendors, couples, and surfing instructors. The shrieks of kids playing in a giant rubber tube in the ocean were met with the laughs of a group of tourists who had just jumped in unison for a photo.

At first, I politely refused. I had plans after all. And I am just not good at any kind of team activity or sport. Once upon a time, I used to be awful at every sport, but now I’ve found a comfort zone with a few solitary activities like running, swimming, dancing—ones that don’t involve playing with others.

Immediately after I refused, however, I remembered recently deciding that I wanted to practice playing frisbee, catch, soccer, all those things I never learned to do as a kid (minus the horrors of gym class).

So there I was, politely declining an opportunity to practice something I said I wanted to learn. When he offered me again, I caught myself. What was I thinking? If I wanted to learn this, the time was now. I put down my bag.

After a few minutes, I felt a bit more confident. I couldn’t aim very well, but at least I could stop the ball. Just when I felt I was making some small improvements, the tourist’s two sisters came to play. The local man excitedly announced that we were going to play soccer properly. Three on three.

I froze as I watched him pushing rocks into the sand to make goal posts. A soccer game? I definitely had never done that before. Some part of me said, “This is such a bad idea.”

You see, in gym class all those years ago, I learned that trying new physical skills in front of other people was a recipe for humiliation. I was an unfit child who liked mayonnaise a little too much. I was awful at everything in gym class. Worse than everyone else. And I couldn’t improve. Partially because I was so unfit, but mostly because I grew fearful of trying.

So, all these years later, regardless of how I’ve changed emotionally and physically, that embarrassed little girl inside was warning me that the soccer game was a bad idea.

I laughed all the way through. I laughed when I was trying to take the ball away from someone who turned out to be on my team. I laughed when I kicked the ball out of the ocean and soaked myself and one of the girls. I laughed every time I tried to get a goal and missed.

And as I was laughing, I noticed that even the excellent players weren’t consistent. Everyone was at his or her own level, and that was okay. None of us were professionals. We were just having fun.

It might sound like I made a big effort to let go of perfectionism and let myself have fun, but honestly I didn’t. I have practiced this way of being for a while now. It came more or less naturally. All I needed to do was give myself the opportunity to relearn what I already knew in a triggering situation.

I never did end up reading that day. I only wrote a few notes in my phone. I hardly relaxed. But I did significantly weaken my fear response when it comes to learning physical skills in public. I got better at kicking a soccer ball. I made some friends. I became aware of the existence of old patterns that hold me back and found an effective way to rewire those patterns.

My most important lesson, however, was this: every moment is full of lessons.

Every moment is ripe with the very opportunities that we hope we’ll one day get to seize. All we have to do is open our eyes, open our minds, open ourselves to having a different experience than the one we planned on.

Life has its own curriculum.

We just have to be willing to learn. 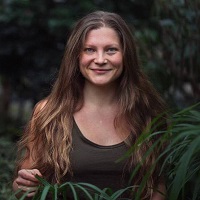 Like every human being, Vironika Tugaleva is an ever-changing mystery. At the time of writing this, she was a life coach, world traveler, and award-winning author of two books… Read full bio