5 Badass ways to Deal with Heartbreak. 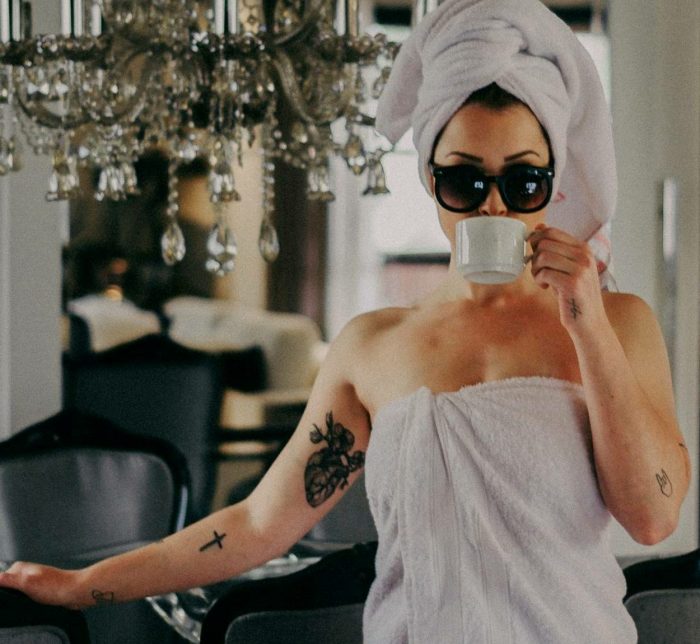 As unique as we all are, there aren’t too many people who have not felt the dull emptiness of heartbreak.

Sometimes there we are, happy and unaware, singing along to our favorite Beatles song on the radio, things couldn’t get any better, and minutes later we are at the receiving end of the “It’s not you, it’s me” diatribe.

It feels like the floor has dropped out from under us, and we endure each stage of this “transition” (for lack of a better word), as though we are experiencing the death of a loved one.

I will posit this idea first: it feels exactly like the death of a friend because that relationship—or the idea of what it meant to us—becomes its own entity in our minds—it takes on a life of its own. So, when it ceases to be, it is expected that we will mourn it the same way.

However, once we get through the initial shock and grief, there are ways we can take our power back and move through it like a badass. The thing that is so appealing about dealing with heartbreak like a badass is that we are making a conscious decision to not accept the role of the victim. And that, in and of itself, is empowering.

I am not suggesting that we repress our emotions. Like I intimated, it is totally acceptable to go through the common stages of grief.

But, no one is saying you have to be like your grandparents in Brooklyn who wore black for the rest of their widowed lives. That is no way to navigate the one lifetime we’ve been gifted with. Life is meant to be lived, so best you learn to live it well.

Take for instance the moves I made after my daughters’ mom and I split up. I began by buying a $100 online class on how to write a non-fiction book proposal.

As I got more and more involved in motivational books and tapes, I realized that if I really wanted to do it up, I should take a cash advance on a credit card and get myself a first-class editor to guide me through the creation of a “real” book proposal.

With all of the nervousness and excitement that goes into making moves like that, I really didn’t have much time to ruminate on what I could’ve done differently to prevent the breakup.

To be perfectly honest, it made the breakup seem like something positive.

I never actually sat down and counted, but I am fairly certain that my transition into bachelorhood netted me close to 100 published articles. That’s pretty impressive. But, when I think about all of the messages and emails from people who told me they felt less alone after reading them—well, it turns it all into something much bigger.

As the Dalai Lama has said on numerous occasions, “Our prime purpose in this life is to help others.” This is exactly why I turned what began as massive emptiness, into one of the most fulfilling aspects of my life. I’m not saying it’s like this for everyone, but a love affair to me was much more about what I was getting, and writing feels a lot more like what I am giving.

Initially, forgiving the person who broke our heart and caused us pain may feel counterintuitive. This goes all the way back to our biological survival instinct. Why on earth would we ever feel goodwill toward a person who gave our will to live a flat tire?

Well it turns out that we do much more to increase our own spiritual health by forgiving than we could ever do to restore the happiness in our former lovers. Once we really understand that we are doing ourselves a service by forgiving, it seems much more palatable.

Cry whenever the f*ck you want

It would be somewhat silly to expect that we would be able to shut the door on all of our negative emotions and live happily ever after. Badasses cry.

Badasses allow themselves to feel awful every once in a while. What makes a badass different than the rest of the victim population, is that they get it out of their system—even if it’s just for that one day—and then they move forward. A victim, on the other hand, wallows in self-pity and never moves forward. That’s a significant difference.

Take stock of the precious quality of your current reality

In other words, new love, fun, romance, exciting sex, lazy Saturday hikes, unexpected kisses—these are all in your future. It’s practically inevitable. The worst thing to do is to get discouraged or frustrated that it’s not all happening right now.

It’s been over a year since my split and it hasn’t happened the way I wanted it to—yet. But I feel as though I’d be foolish to believe that it’s not going to happen. It has always been this way in the past and there’s no good reason to believe it won’t continue to be this way in the future.

The importance of dealing with heartbreak like a badass has much more to do with owning our power than anything else. We may have given our hearts to the “wrong” person, but we never have to give our power away.

We never have to go through life as anything less than a badass.