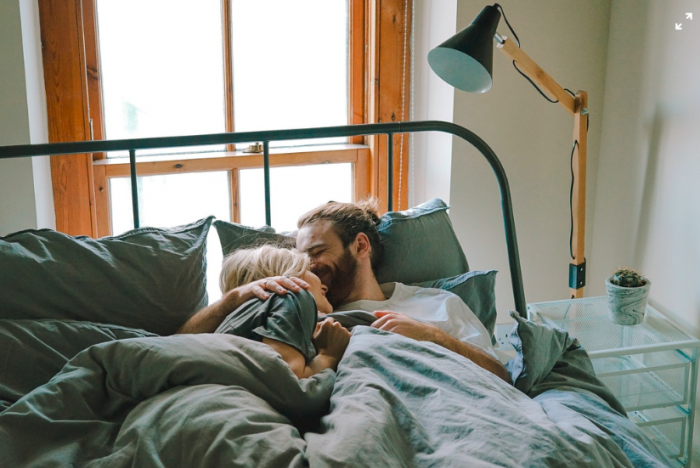 I’ll never forget where I was the first time I heard a man describe his relationship with his on-again-off-again lover as “friends with benefits.”

Typically, jarring events leave a lasting impression like that on me.

I mean, I guess I had heard the term being used by people in their early sexual life but by a guy approaching middle age? That was uncomfortable.

Beyond the ridiculous quality of the phrase itself or its equally preposterous acronym—FWB—the concept is a flawed status that hardly ever works the way it was initially intended.

Consider it: two people—most often a man and a woman—are going to carry on a friendship and, in lieu of the common sexual tension that usually goes along with these types of arrangements, they are going to skip right over that into no-strings-attached sex.

In rare instances, yes, I’m sure this can work—but then again, the same can be said for most of Trump’s cabinet picks and I don’t need to expand any further on that, do I?

There are a few reasons why this is always just a bad idea:

1. The phrase itself. Okay, we already went into why I can’t stand the idiotic nature of the term “friends with benefits,” but even more than its obvious juvenility, it’s simply a contradiction of terms.

The person is probably not your friend and the sex will be of little benefit.

A friend texts you and asks you how your day was—this kind of thing is off the table in an FWB arrangement. At that point, it becomes too much like a relationship.

Try navigating your way through that.

2. Your brain won’t play along. The expression “friends with benefits” is just that: an expression. It is comprised of words. Unfortunately, 90 percent of what takes place in the brain has absolutely nothing to do with the English language—or any spoken language.

(Want to test this? Watch a German or Punjabi film for 20 minutes without subtitles. There’s a reason you know exactly what’s happening.)

You can try to tell your mind you’re in a special kind of relationship, but it’s still going to release oxytocin (the brain chemical responsible for falling in love) and get you all confused.

3. Finding something real gets more difficult. Yes, we’d all like to believe that we can fulfill our biological urges in a convenient and zipless fashion until something more meaningful shows up.

Unfortunately, this is not realistic. When you are involved in one of these setups, it becomes increasingly difficult to put the time or energy into becoming engaged in something healthier.

The amount of headspace involved in trying to regulate the strange and unnatural arrangement of FWB, along with a full-time job and the business of managing your life, leaves little room on one’s plate to do much of anything else.

4. It will inevitably end…well, badly. The one constant in life is change. Everything is dynamic and breathes and transforms and gets old and dies. The one thing I’ve noticed in the one or two nontraditional romances I’ve had, is that usually when it ends—and it invariably does—it never ends well.

One person feels one way, the other person feels another, and the person who falls in love (yes, this always happens too) winds up feeling rejected and hurt.

When all the smoke clears, it’s a lose-lose all around.

I’m certain that some people have had positive experiences with this atypical arrangement, just as everyone has had a grandparent who smoked three packs of cigarettes a day and lived to be 90 years old.

For myself, I can’t make decisions based on the hope that I will be included in some kind of strange anomaly. For the most part, you can almost guarantee that someone is going to feel weird, jealous and used somewhere along the line.

Life, in its most natural form, is nice and confusing all on its own. There really is no need for us to go out of our way to make it any more so.

Dear Friend with Benefits. Flings vs. Friends with Benefits: Some Restrictions Apply. Kinds of Relationships that Have an Expiration Date.
See relevant Elephant Video

Should I stay—or should I let go?

The two ingredients of Genuine Love.