Lessons in Courage from the Victims of Impossible Brutality. 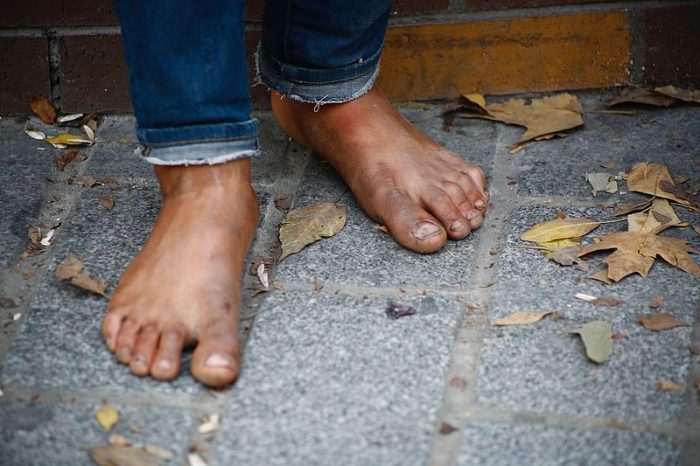 “The Syrian revolution has seen tens of thousands forfeit their lives in regime prisons, where they are hung en masse, beaten, and shocked with electric cables, suffocated in standing room only cells, starved into stick figures, contorted into crippling postures, thrown to sleep on the bodies of the dead, eyes gouged out, scarred with cigarettes, castrated, and gang raped, until their bleeding bodies simply up and die.”

And yet, far from giving up, millions repeatedly risk it all just to carry on the fight for freedom, like the Palestinians of preceding generations, who endured torture at the hands of their occupiers, and who watched their land stolen, their houses demolished, their cities bombarded, and their families disbanded, only to throw themselves, most recently, in front of live ammunition.

Week after week, thousands are shot by hollow-tipped bullets, which pulverize the bone and cripple them for life, simply to declare the right to freedom.

Amid endless commentaries on the barbarities of the new Middle East, it is easy to forget the astonishing courage of those who would bear impossible brutality for the simple cause of freedom.

There is a striking contrast between the courage of those who are willing to risk death for freedom, and the cowardice of their persecutors, who would throw it away just to escape its burden.

Fascism is—at its root—a failure of nerve, for in facing a world of overwhelming possibility, the fascist retreats into a closed world of narrowing constraints. The fascist shuts out the foreigner, closes down discussion, submits to authority, and immerses himself in propaganda and lies.

We can see the dynamic at work in the Assad regime and Israel alike.

Separated by a wide socioeconomic gulf, and characterized by vast disparities in affluence and freedom, their similarities tell us a lot about the new globalized fascism and the inner dynamics that fuel its rise.

The Assad regime began as a cult of personality, built around the mythologized image of Bashar Al-Assad’s father, Hafez, who was literally lionized in photos, and plastered across billboards and in every place of business.

The Syria he built was a single party state, where talk of politics and membership in a proscribed party could result in years of torture in prison.

Steroid induced thugs, dubbed shabiha, or ghosts, served as an extralegal army, bullying and extorting citizens at whim. And when people finally found the courage to rebel, their cities were pummeled, they were starved into submission, and were ethnically cleansed from their land.

Syrians could not help but rebel.

They routinely described their first moment of protest as transformational, like a veil had been lifted and suddenly they could see things clearly. Their depictions are similar to Orwell’s Winston in 1984, whose life is changed the moment he begins journaling about what he really thinks.

Syrians repeatedly found themselves, against their better judgement, risking everything just to speak the truth—come what may.

While the fascism of Israel is less brutal than that of Syria, it often takes the same structure as that of the state built by their own Nazi tormentors.

Israeli fascism is premised on racial differences inscribed in at least 65 separate laws within the state and a system of apartheid in the occupied territories. It involves a system of racial identification and a mythologized right to the land, which finds its expression in armed settlers who terrorize Palestinian inhabitants. And it is maintained by a constant string of lies, repeated endlessly by one of the most sophisticated propaganda networks in history.

Forsaking a long history of cosmopolitanism, producing countless literary and intellectual geniuses, the Jews of Israel have retreated into an ever smaller world, which leaves them increasingly isolated. In the face of complexity, they have shrunk back in fear; in the face of diversity, they have chosen the familiar. Not all of them, of course, but enough to degrade the sense of who they believe themselves to be.

But they can find their way out through returning to a deeper tradition that embraces ambiguity, and with it, the range of human experience.

Embracing freedom requires a courage not unlike that of facing bullets, but the bullets braved by free people are the ambiguities of life in an uncertain world. Tossed about on the ocean of life, free people brave the incertitude of a constantly changing world, welcoming the suffering to which humanity is heir, in the faith that doing so might allow them to overcome it once and for all.

We would all do well to derive a little inspiration from the countless Syrians and Palestinians who are willing to die for freedoms all too many of us take for granted.

If things get worse, we might find in their example inspiration for our own trials and tribulations.

But if things get better, we might also find in them the spirit that is required to embrace life in a richer and more diverse world, where “nothing is certain, and everything is possible.” This phrase has been used to describe the peculiar brand of fascism found in Russia today, but whereas the infinite possibility of fascism is born of fantasy, the courage to be generates the freedom needed to stand tall in the face of the overwhelming vastness of the universe.

It takes a different kind of courage to face down bullets, with neither weapons nor an army but only the dream of a better future, as hundreds of thousands of Gazans have done over the course of the last several months.

Both kinds are needed to fight fascism, and both are in woefully short supply.