When they’ve Moved On & you Haven’t: 5 Steps to Recovery. 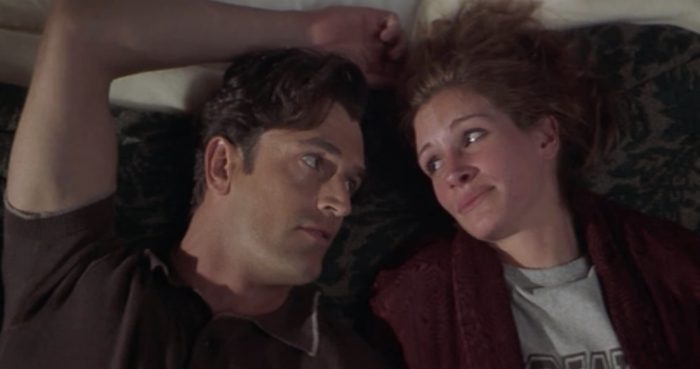 I generally write from the male perspective —what with being a man and all—but I think that incongruous and muddy feeling of not being able to move on after your ex has clearly kept going is a universal pain…and available regardless of gender.

In my case, it wasn’t that I was not willing to join the dating world again, it was simply that, at my age, I was finding it increasingly difficult.

Even when I got to a point where I was trying to not be so picky—not stringently requiring someone that I am intellectually compatible with or even wholly attracted to—the universe was screaming, “Not so fast, buddy!”

That is to say, whether I was game for diminishing myself for the sake of having company or not didn’t matter—fate was not going to allow it. Most of the time, I was okay with this reality.

I am, shall we say, a different kind of guy and it was definitely in my best interest to not pursue the finding of a new partner with the same resolute doggedness that I dedicate to all my other goals.

There is, however, this sickening feeling that is hard to shake when you are running to your ex-girlfriend’s place to pick up your kids early on a Saturday morning and there is a strange car in the driveway.

For the sake of being able to remain in the moment—an absolutely essential tool for being a halfway decent parent—I tried to make myself believe that whomever this was just woke up at dawn to pick my ex up for a “rated G Disney” hike up in the mountains.

Within minutes, that fantasy transmogrified into a horrific Fellini movie that involved laughter and lighthearted sex—the kind I hadn’t seen hide nor hair of in the entire five years we were together.

Having a vivid imagination can be as much of a curse as a blessing at times—and this was one of those times. In reality, I am sure what was actually going on fell somewhere in the middle of Fellini and Disney, but that’s not really the point, is it?

We need to heal and keep it moving. And, there are certain steps we can take to aid in this process:

Ditch the need to be friends

This was tough for me at first. It wasn’t that I would show up at the house with doughnuts wanting to have coffee and talk for hours on end or anything, but I was still texting her a year later whenever anything of any significance would happen in my life. It’s okay to have this at a later date, but when one needs to get to the next stage of healing, it’s helpful to refrain.

Stop romanticizing what never was

I’m not sure about you, but for me, the more unsuccessful dating I experienced, the better my relationship with my ex began to look. This is especially true when I experienced any kind of rejection—my go-to response being,“Well, she loved me for the person I was.” This is, of course, utter nonsense. If that were the case, we’d still be together.

Accept that you will always love them

Creating a child together is an unforgettable process. There is the period of trying to get pregnant and the subsequent celebration when it occurs. There is the nine months of gestation and the delivery room. The whole thing could be seen as a rite of passage.

I went through this twice with my ex, so trying to ignore the fact that—at least on some level—I still loved her, was fruitless. It was best for me to accept the fact that we will always have this connection and it, in no way, meant we were still compatible. It was a complex place I to get to, but important all the same.

That uncomfortable feeling with seeing a strange car in the driveway that I brought up? That was a certain indication that I hadn’t truly let go.

Although it was hard for me to get to a place of peace with all of this, it was done with the novel, and sometimes overlooked, non-activity which is oftentimes referred to as “getting quiet.”

Typically, a lot more healing and letting go can take place in the confines of mindful silence as opposed to the temptation of wanting to blast the new Mobb Deep record and speed through a residential neighborhood.

When one allows themselves the peace of letting go, there is an internal transformation that arrives almost as a tangible reward and life, in all of its beauty, will return.

Learn to love yourself intensely

I thank my life coach for helping me through this process. I will be honest: her advice of looking in the mirror every morning for 10 minutes and saying loving things to myself initially seemed hokey and weird. It still does. However, when we engage in an almost inaudible negative self-talk—the way I think I must have for this entire year—it’s really the only logical way to counterbalance it.

Besides, the only people who could hear me were probably my neighbors in the next apartment and they, most likely, already thought I was bonkers so there was nothing to be concerned about.

All in all, the payoff for all of this came just this past weekend when my ex and I were doing the “child exchange.” After the kids were safely strapped in, she punched me lightly on the shoulder and asked, “Are you okay?”

I looked into her eyes—the same eyes I remember looking into after the hours and hours of labor—and saw a person. That’s it. Just another soul housed in a body of flesh.

It all clicked for me in that moment. In the eternal words of Ram Dass, “We are all just walking each other home.”