Why Magical Thinking is an Essential Part of Human Life. 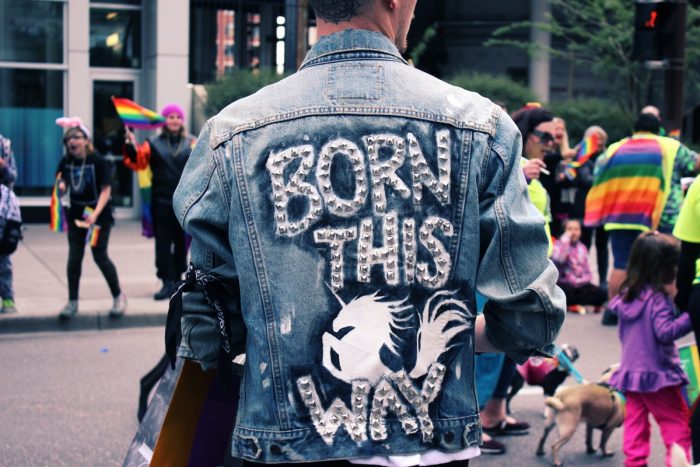 When I read the phrase “Magical thinking is not of benefit” written by none other than our very own Waylon Lewis, CEO and founder of Elephant Journal, I nearly fell off my unicorn!

In his article, I’d like to explain why some of the articles on Elephant Journal are… bullshit, Waylon states that while all are welcome in this community he’s built for us, he would prefer us to focus on science and facts rather than magic.

He calls out anti-vaxxers for bringing back measles, and blames our collective neurosis on our obsession with positive thinking and the labels we use to make sense of ourselves and our relationships.

So, here’s the thing. I appreciate Waylon’s dedication to ethical journalism. As a graduate of the Elephant Academy, I can say for certain that Waylon’s vision is one of truth, neutrality, and authenticity—something that has all but vanished from our modern media. Facts are important. Seeing things from all sides is important. Taking a mindful approach in a world full of hype and noise is important, and rare, and necessary. And, so is magic.

Science and facts are crucial to understanding the world around us, but without a little magic, how could we ever make things new and different?

I would argue that the early scientists were magicians. Think about Thomas Edison creating the first electric lightbulb. People must have thought he was insane. He used an invisible force called electricity that no one could see or touch or smell or taste to create light. It was an impossible thing that no one had ever done before, that most people probably didn’t even believe was possible. But, he did it, and it changed everything. That shit is magic!

All science has roots in the unknown, the unseen, the impossible—this, by nature, is magical thinking.

Science is not just numbers and laws, it is also a creative process. It’s asking a question, thinking of solutions, testing the different possibilities, gathering data, and creating new things to solve the world’s problems.

Science is fallible. Scientists, doctors, world leaders, and others in positions of power and influence are human, and subject to human limitations. They make mistakes. Science gives us so many wonderful things to celebrate and enjoy. (Think cures for disease, prosthetics, and clean drinking water.) Science also creates many things that are harmful to humans and the earth we call home. (Think pesticides, plastic, and drug-resistant bacterial infections.)

This is why it is important for us to remain curious, ask questions, do our own research, seek out many professional opinions, and listen to our intuition to weigh things for ourselves.

Truly, we have to be our own advocates when it comes to our health care. I say this as a mother, and also as someone who has been in the health care industry for nearly two decades. Doctors know a lot about what they are taught in medical school, but they don’t know our bodies like we do.

When I was pregnant with my son, we had a not-so-rare condition called “vanishing twin syndrome.” The pregnancy began with two babies. A few months in, it became clear that only one of the babies would survive. When my midwife discovered this, she was required to send me to an OB-GYN for a consult.

The OB-GYN was fascinated, and wanted to study my body and my child to see what he could learn about the vanishing twin. He wanted me to undergo an amniocentesis in the second trimester of pregnancy. This is an invasive procedure in which the practitioner uses a needle to puncture the uterine wall via the mother’s navel to draw out amniotic fluid to study.

The risks of the procedure included bleeding, infection, and miscarriage. The benefits were not convincing enough for me to allow the doctor to put my child at risk, so I declined. The doctor told me that if I did not want to comply with his treatment plan, there was no need for me to continue seeing him, and I happily returned to the care of my midwife who later delivered my healthy baby boy.

I made an educated decision to forego a potentially dangerous procedure because I didn’t feel it was right for me. This is my right as a patient. My midwife supported this decision—she provided material for me to read explaining all the benefits and risks, but in the end, assured me that it was my choice. We had a great outcome, and I was grateful that I did not give in to pressure from my doctor to do things his way.

This is just one example from my own personal experience in which I chose to listen to my own intuition rather than the opinion of an “expert.”

I also used meditation and positive thinking during pregnancy to ensure a safe, natural delivery. My midwife was the first practitioner to ever teach me about the power of the mind-body connection.

By visualizing a safe, speedy, natural childbirth from the beginning of the pregnancy, I prepared my body for the day we delivered my little boy just 18 minutes after arriving at the hospital, with no drugs or medical intervention.

“Science” now encourages all kinds of patients to dabble in the magic of meditation, visualization, and positive thinking. There are so many studies that prove patients who expect a positive outcome will receive one. Athletes are taught to visualize their events, to practice in the mind to increase the performance of their bodies.

What is this, if not magic?

Common sense is important, and we can’t ignore the reality of the world around us. We also do not have to be limited by it.

While I will do my best to practice only mindful journalism, and not spread fake news around cyberspace, I cannot put my unicorns out to pasture. I need all the fairy dust, sage, and crystals I can get my hands on to survive this beautifully brutal world we live in.