How to Meditate when you just can’t Meditate. 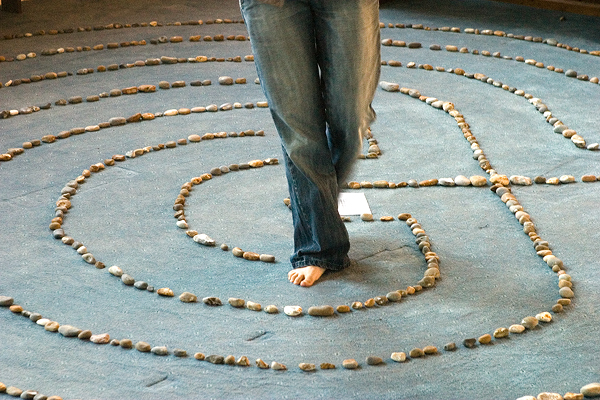 Meditation is one of the most universally prescribed solutions for a variety of problems, but what happens when you physically can’t meditate?

As the result of a severe viral infection last year I developed nervous system problems. When the virus first hit, every time I closed my eyes, my eyeballs would literally roll around in my head uncontrollably. This involuntary eye movement is called “nystagmus,” and it is a rare thing to get with a virus.

The eye rolling fortunately calmed down to a more manageable eyeball twitching, which then lessened into various facial tics, and then fluttering eyelids. I was also experiencing twitching and vibrations in random areas all over the body and spent many scary nights with my body shaking from the inside.

Meditate with this going on? Are you kidding me?

What caused all this? A year after the initial infection, blood work confirmed a reactivated Epstein-Barr virus, from a bout of severe Mononucleosis that I had in high school, and I never fully got over.

Normally, I would meditate to reduce my anxiety.

But relaxation and meditation was difficult with nerves that were twitching and shaking in various parts of my body. Sleep was a nightmare. My symptoms got worse at night and, any time I tried to relax, even for a nap, the vibrations seemed to pick up. Before having the worst-case scenario ruled out, I actually feared I was dying.

Meditating with noisy nerves proved impossible. I would try to calm myself, only to notice that my feet were buzzing, or a nerve was randomly twitching in my left arm.

Even after finding out that my damaged nerves were “benign,” I was still scared. The POTS caused bouts of dizziness and a rapidly beating heart, and no amount of breath work seemed to calm me down.

It felt like my body was screaming at me every time I tried to relax.

Meditating with all this going on was just an invitation for my mind to freak out. No amount of trying to “accept” the twitching, tingling, and buzzing through impassive observation seemed to help. Have you ever tried to “observe” a bad itch while meditating? Imagine that happening all over your body, inside and out.

While my twitching episodes have become less frequent, I may have to deal with noisy nerves the rest of my life. Western medicine offers no official “cure,” and the science of small fiber neuropathy is still in its infancy.

You may not have neuropathy yourself, or the type of neuropathy that causes severe pain. Yet, you may relate to the challenge of sitting to meditate when your body is wired and tense, or when you just don’t feel great.

This can be extremely frustrating, especially when you’re a yogi. When my nervous system went haywire, I was a yoga and meditation teacher who was currently in not one, but two yoga therapy training programs.

And yet, the very thing that I might have done to calm myself (meditation) was not helping.

It’s often a good idea, even if you have a lot of training and expertise, to seek help elsewhere. So, I went to a yoga therapy clinic and spoke with one of my mentors. I explained how I could not relax with my eyes closed due to the nystagmus and twitching.

One of the suggestions was to try meditating with my eyes open or partially open. This method was a little better, but it just wasn’t quite what I needed. Even a basic pranayama practice, which I used to do with ease, was now challenging. At that time, I was also extremely weak physically, and even restorative yoga was not very appealing.

Then I was introduced to walking meditation.

There was one thing I could do, and it was walk. I realized that when I was moving, I didn’t notice my twitching or shaking as much. I also spoke about this with my neurologist, and this is common for patients with small fiber neuropathy.

I used a cane, mostly to be there in case I had a dizzy spell. And subsequently became known around my apartment complex as that woman with the cane.

For a while, that also became my yoga practice.

Sometimes I would chant a mantra or prayer in my head as I walked. I stopped trying to do anything else physically for exercise, except a little bit of gentle standing qigong practice.

However, I felt that somehow I was a failure in yoga therapy—that after years of learning all these yogic tools of asana, pranayama, and meditation, the best I could do was walk.

But that is actually missing the point.

If there was one thing I should have remembered from my yoga therapy training, it is, with credit to Elizabeth Cunningham Bossart of Yoga Well Institute: “Little, little.” Don’t throw everything and the kitchen sink at the person who needs to heal. Start with something small. One tiny thing.

The original point of asana was to prepare the body to meditate. So walking became my asana.

Eventually, my nerves calmed down enough that I could consider meditation again. The facial tics would stop twitching after my eyes had been closed for a little while. Some days, it would barely be noticeable. Other days, it returned with a vengeance. Still, I was making progress.

Even on good days, meditation has its challenges and I was still traumatized by the ferocity of my sudden illness. Tuning into myself often amplified my fear, worry, and anxiety.

Sometimes, even now, my jangly nerves are too “loud,” and any sort of meditation that focuses on my body causes more anxiety and distress.

This is when using a guided meditation that takes me out of the body is better. For example, I love the guided meditations by The Honest Guys, they have one called “The Healing Temple,” where you can visualize yourself at a beautiful ancient temple filled with healing energy.

I also incorporated other methods such as audio hypnosis and guided yoga nidra. But whether or not those worked, depended on a variety of factors: the narrator’s voice, whether my body was overly excited that day, and how fast my mind was moving.

I no longer take for granted that simple things like breathing or tuning into the body is “easy” for everyone. My experience has been hell, but this firsthand knowledge can help me better relate to my clients, especially if I work with one that also has neuropathy. For them, maybe even walking will be tough. So maybe we will start with a little movement in a chair, and maybe some simple breathing. 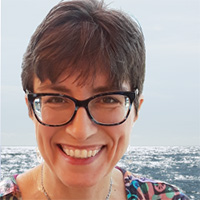 A Profound Meditation Practice for those who Can’t Sit Still. Meditation Instructions: One of the Simplest but Hardest Things to Do. How to Meditate: A Talk for Young People by Chögyam Trungpa. Hiking as Spiritual Path: Meditation at WANDERLUST w WAYLON.