The Best Cure for an Emotional Hangover. 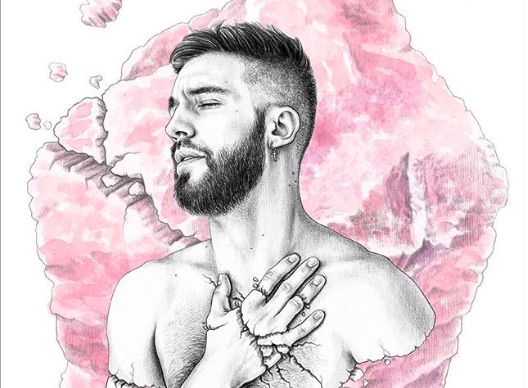 In addiction support group meetings, we always circle back to the root cause of why we have allowed addiction to take us down—to ruin years, and sometimes decades, of our lives.

It’s all about the feelings.

When people put down alcohol and drugs, they tend to realize rather quickly that the substances were just a symptom or a manifestation of a bigger issue and there’s that aha! moment where we come to terms with the fact that it is those emotional struggles that need to be dealt with.

Last week, my children’s mother asked me to meet her at a diner to do the “child exchange” we do every weekend afternoon. I pulled into the parking lot and she was already there. Her passenger door was open and I saw the legs of someone wearing military cargos and work boots. I could literally feel my heart sink into my stomach.

I imagined he was a better listener than I was. I imagined that they had more fun together. I was sure he was cooler than me, probably even more masculine. I felt “less than.” I felt insignificant. I felt replaced.

And then I felt stupid, because it turned out to be her mother.

The emotional depths that I plunged into in those few moments were so severe that they didn’t just dissipate as soon as I realized my error. I had, what could only be described as, an emotional hangover. You know, when you experience something so raw that you get stuck in a loop of foul emotion for a while.

I drove myself back to my apartment and daydreamed about how I used to deal with uncomfortable emotions for most of my adult life. I numbed them, or I altered them, depending on what substance made itself available at the time. I felt a little gratitude start to peek in when I allowed myself to remember how long it had been since I had to do that.

Then I thought of Pema Chödrön. In Chödröns book, When Things Fall Apart, she discusses the attributes of “leaning into” our pain in lieu of running from it or fighting against it. Essentially, she gives a great argument for being present and really feeling despair when we get to that point. She suggests we should allow it to teach us and inform us.

Right now in the United States, many people are in pain. Whether it is the feeling that the government does not care about women, or the small children who will never see their mothers again, or the fact that democracy itself is being dismantled brick by brick—you scroll through social media and you can’t help but to feel like we are in a lot of trouble.

So, we need to consider: what would a teacher like Pema advise us to do right now? As I sat in silence for close to an hour one Sunday morning, it came to me by degrees:

Get quiet and “plug into” your body for a moment. How is the current emotional pain manifesting physically? Is it making your stomach hurt? Is it making your pulse quicken? Take an inventory of what is happening and just sit with it quietly. Take note if internal movie reels are running without your permission. Are you back to being 10 years old and left alone? Really try and get in touch with whatever seems to be triggering you.

Move into the pain.

This might sound ridiculous initially, but there is a really good reason for it. It will help you move through the stages that you need to move through arrive at a more holistic resolution. So, greet the pain or discomfort with equal parts love and curiosity. Love, because the pain is a part of you—and curiosity because it will allow you to detach from it for a minute. This is the crux of what is referred to as “leaning into the pain.”

Expand into what is painless.

This may sound a lot more challenging than it is, but I remember a cancer patient who was enduring excruciating pain from her illness, spoke about this. The nurse came into the room and went about the task of changing the sheets on her hospital bed. They felt so clean and so fresh that she allowed herself to drift away into an appreciative state for the new bedding. What she was doing, in essence, was expanding into what at that moment was pleasurable and painless. It really helps.

You might be able to “become a bigger container” as Zen teacher, Charlotte Joko Beck explained. This is done in a pragmatic way by discontinuing the need to be in a state of pain or a state of pleasure at any given time. Instead of the two-dimensional hurdle of living in an either/or world, you can begin to move yourself into an and world. You feel pain and you feel pleasure.

Response instead of reaction.

I cannot think of a better example of this step than to take the pain of what women have experienced recently. When our current administration said very loud and clear that it doesn’t care about women’s subjugation at the hands of privileged white men, reaction might be to post angry rants on social media or to yell at government officials when you see them in restaurants.

Response would be to, not only make sure you are registered to vote, but to drag two of your friends who stopped caring to the post office to register. Think constructive outcome.

Like I said, we are experiencing some tough times lately. Instead of allowing it to eat us alive, we can follow the advice of the great teachers: Pema Chödrön, Brené Brown, Charlotte Joko Beck, and Dr. Wayne Dyer.

Together, we can learn to lean into our pain.