This One’s for the Late Bloomers. 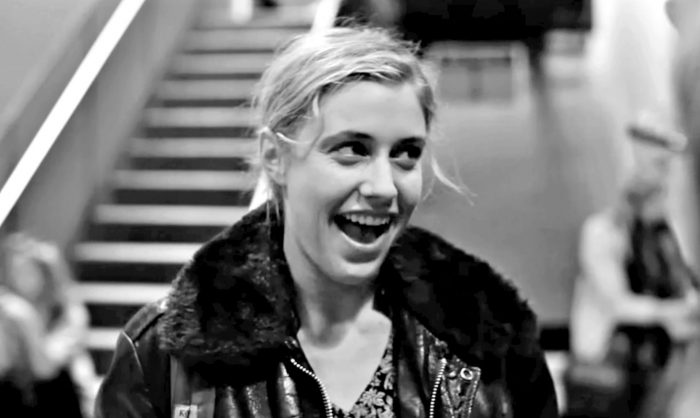 I watched the psychic’s concentrated face as she examined the swirls and numbers she’d somehow spun from my birthdate.

“It looks like you’ll be coming into your charisma—sometime in your mid-30s or so.”

I nodded my 20-year-old head, but inside I was thinking, “Seriously? I have to wait another 15 freaking years?”

I’d already been waiting so long. When all your friends were sprouting breasts in middle school, I had a crew cut, Tootsie glasses, and an overly greasy forehead. Now, even though it’s been decades, I can still feel that awkward young self floating inside of me.

I’m still waiting for someone to teach me how to flirt, and I spend a good deal of time wondering why my six-year-old daughter already has more fashion sense than I ever have.

If you’re at all like me, maybe you’re still waiting for your charisma to arrive too, as if it were a costume you could slip into. Maybe, like me, you’re wondering: why can’t they just Amazon Prime that sh*t?

Maybe the vicious questions circle and peck at you on a regular basis:

Why aren’t you further along in your career yet?

How come you still don’t have this parenting thing figured out?

Why are you always so socially awkward?

When are you finally going to learn to cook? Keep your house tidy? Finish your book?

Maybe, like me, you’re a late bloomer, and you’re still struggling to accept that fact.

Why does it seem to take longer for some of us to come into our own? To find our voice, our calling, our own steady center?

Maybe it’s that I’m a highly sensitive person with ADHD, and emotional regulation is a struggle for me—I’m often flailing around on the spraying waves of my own feelings. Or maybe it’s because I struggle with anxiety and depression, and overwhelm is my constant companion. Or because my 20s really, really sucked, and I basically lost the entire decade to grief.

But maybe, just maybe it’s not me at all—instead, it’s the quiet, deadly lie I tell myself: you should be further along by now.

Maybe we should try this voice instead, gentle as a favorite grandmother: you’re exactly where you’re supposed to be.

We’re not supposed to peak in our teens or 20s or 30s, and honestly, I wouldn’t have wanted to. The most interesting people I know are the ones who keep shifting and learning and morphing, who are willing to become new versions of themselves. Who understand that we’re supposed to live more than one life in this one.

A few weeks ago, I felt like I could barely keep my head above water. The house was littered with dirty laundry, toys, and papers strewn everywhere, and my to-do list for work was overflowing.

Why am I so behind on life? I wondered.

Caught in a tight thrum of overwhelm, I went for a walk and called a friend. She’s also a highly sensitive person who feels the ups and downs, the impossible beauty and the breaking impermanence of life just as acutely as I do.

As I walked, barely noticing the bursts of leaves going scarlet and pumpkin-hued around me, barely hearing the hiss of my own breath, I listened as my friend spoke of the challenges she was dealing with.

She’d been feeling like her life was a path she’d wandered off of, and if she could just find her way back on track, she’d be okay.

I nodded. It felt like I’d wandered off the path, too. Or I’d been taking the wrong path altogether. Or worse yet, I was forever looping the same well-worn trail, over and over again, and I needed to hurry up and find a shortcut if I had any hopes of catching up.

But as I listened to her words, I knew exactly what she was about to say next: that the struggles we encounter aren’t detours from the path—they are the freaking path.

It’s much more often that we’re struggling and striving. Drooping and drowning. Tweaking and tottering.

Maybe we need to say it over and over again like a prayer, hands on our chest, absorbing the electric thrum of our heart: I’m right where I’m supposed to be.