How to Heal in the Now without Living in the Past. 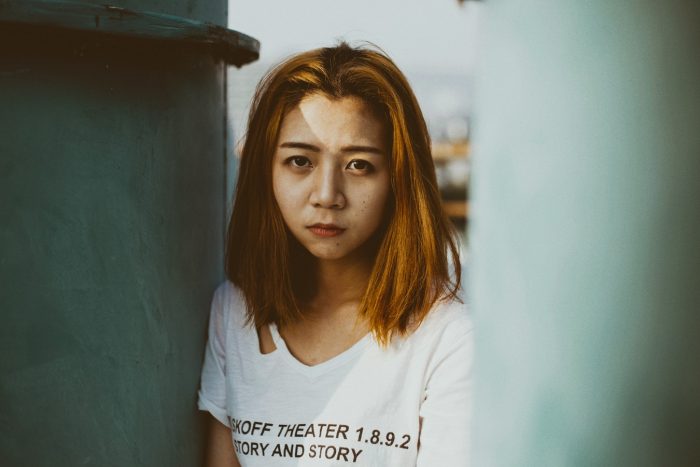 As a psychotherapist, and one who works closely with people who have been sexually assaulted, I am often approached to help them “delve into their past trauma,” so they can heal themselves.

While I value the ability to talk about our tragedies and traumas, I do not necessarily believe we need to focus on them in order to heal.

That does not mean there is no importance in visiting the memories that surface or the images that continue to loop in our psyche, but it does mean that we don’t necessarily need them to be the focus.

We can be trauma informed without being trauma focused.

Recently, at a book launch and signing of my new release: Sacred, Not Secret: An Integrated Approach to Sexual (R)Evolution, I was asked to discuss how I work. I believe in storytelling as an engagement and healing tool, so I told a story illustrating where my work shows up and let them determine the how themselves.

I was contracted to work with people through a grant funded program in my local county. This grant was specific to those who were sexually assaulted. I would begin each first session with the same information and statements.

Particularly, I would tell those I worked with that I didn’t need the details of their assault unless they felt it necessary to tell me. I let them know I would ask questions for clarification and that they had their own agency to answer or not.

Almost every person I met with was in disbelief that I did not want to know what happened to them.

They expressed that they had been asked so many questions, had to tell their story over and over, and they thought they would need to again. I reassured them, each and every time, that I knew they were here because of an assault, and that I am familiar with the impact of assault. Their body was going to tell me more of a story than their words could.

Some sighed with relief. Some spoke in great detail. Many stated that they felt they had experienced more harm from the “professionals trying to help,” than they did the assault itself. All of them expressed that they were grateful for the approach as it gave them a sense of control.

I work from a perspective that integrates mind and body; an approach that combines Western psychosocial theories of human development with more Eastern philosophies of energy centers in our bodies.

As we develop as sexual beings, there are things that either encourage or block that development like culture, social values, and trauma. The way a person sits, the tone of their voice, and their in/ability to care for their physical and emotional wellness are all indicators of their functional and developmental maturation. The details don’t necessarily matter if we understand that trauma has an impact. If we address the impact of the current level of development or functioning, we can approach from an informed lens while not needing to stay focused on it.

So, I shared this story about a person who came to see me after being assaulted:

We went through the standard conversation about whether or not they were going to press charges—why and why not. We discussed the hospital visit and their feelings about the biological remnants of the attack. They expressed that they thought they would need to recall the event again in our sessions and they were grateful to have the freedom not to.

As they began to speak, I watched their eyes, their body position, and the tension in the shoulders and belly. And then I saw it, in their body. There it was: indication that this wasn’t their first assault.

At a natural break in the vocal recollection, I asked gently, “This wasn’t your first assault was it?”

As I watched their eyes get wider, I had my confirmation, and I exhaled the tension I had not noticed building in my own body. They stopped, and said with some wonderment, “No, it isn’t. I’ve never spoken to anyone about it. How did you know?” I explained again that our bodies are amazing and tell a story that words cannot capture. As we spoke about this, their body began to loosen and they began to tell the story of—in their words—a much more horrid assault that left them for dead.

In that same session, we discussed their inability to connect intimately and sexually with their current partner and their desire to. We spoke of the imagery that would come up, but more so the body response. We began there: knowing there was pain due to recent and past events, but striving for health in the here and now.

A few sessions in, this person expressed that they had sought therapy in the past, but ended up feeling so sick to their stomach that they couldn’t make it out of the house—they felt they would just have to relive the experience over and over and over. They reported that they felt freer, knowing that there was trauma but that they didn’t have to focus on it in order to heal.

A few more weeks in, after building some rapport, of course, they walked into session and I exclaimed, “You had sex!” They looked at me and said, “How do you…forget it!” And we both laughed.

While I do not believe my ability to read a body a “magic power,” I do believe we have the ability to intrinsically understand (be informed) that trauma has an impact while not spending all of the time rehashing (focused on) the details.

Sometimes, that requires the ability to widen rather than deepen, thus embracing the strength of our roots while expanding our branches. The healing will align.